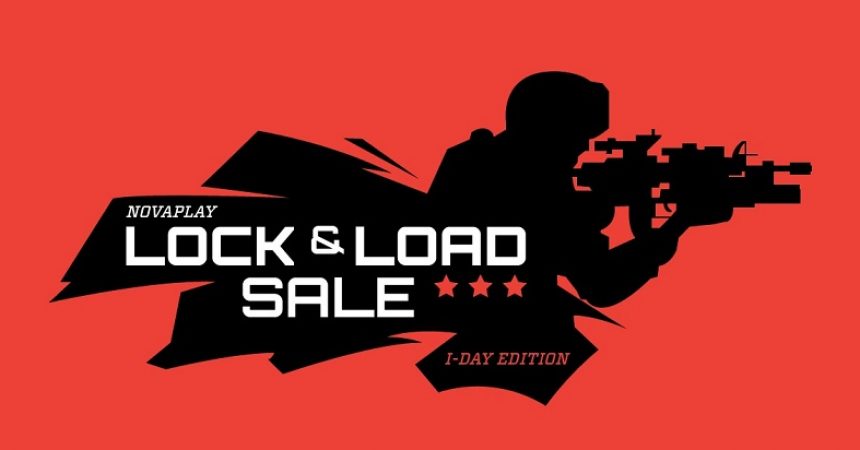 New Delhi 19th October, 2016: NovaPlay, India’s leading platform for multiplayer gaming communities today announced the second edition of the NovaPlay Lock-n-Load Sale for Diwali. The first edition of the sale was organized during Independence Day in which the company saw an increase of over 7 times in traffic, and over 4 times in average sales. Looking at this enormous response, the company has launched its second sale from 21st to 24th October. NovaPlay aims to use this opportunity to expand its user base and reach out to even more gamers in India

During this sale, gamers will be offered flat 30% cashback across all products on the Nova Store. The cash back will be credited in the form of NovaCoins to the purchasing customer’s NovaWallet by 31st October 2016. Special offers would also be available on Steam Wallet Keys and CS: GO.

Commenting on the launch of the second sale, Mr. Amitesh Rao, Chief Executive Officer, NovaPlay said, “The first edition of the NovaPlay Lock n Load Sale was an unprecedented success and buoyed by the response from the fast growing gaming community in India, we are happy to announce the second edition for the upcoming festive season. Through this sale we want to give one more reason to gamers to rejoice the festive period.”

He further added, “At NovaPlay, our vision is to deliver the best possible experience to multiplayer gamers through various initiatives, and  this sale is another step in this direction.”

NovaPlay currently offers popular game titles on their website at best prices in the country. The company aims to provide a platform for the gaming community to engage, discover games and content, and participate in tournaments and events.

Following are a few of the deals running during the NovaPlay Lock-n-Load Sale:

Order WWE 2K17 And Get A Chance To Meet Sheamus

Mindlogicx – Empowering Next Generation Of The Education Technology

Auxilo To Disburse Education Loan To Over 6000 Students From Hyderabad