The all new Zenfone 3 smartphone series has created a buzz in the market with superior design and cutting-edge hardware specifications. With this new lineup, Asus has gone all premium by leaving the competition of budget smartphones behind. This week we have The Asus Zenfone 3 Laser for review, which follows suit in this new strategy. So how well it compares with previous versions and other devices in the series? Let’s find out!

With this new series, Asus has made great changes to the aesthetics of the smartphone. The introduction of 2.5D Corning Gorilla Glass display with an all aluminum body has added a premium feel to new devices. The moment you hold the Asus Zenfone 3 Laser, you realize this immediately. We reviewed the Zenfone 3 and Zenfone 3 Max a while ago, and the Zenfone 3 Laser follows the same design and build quality aspects. The only substantial difference I found with the Zenfone 3 Laser is that it is lighter than the others as it weighs only 150gms and measures 149x76x7.9mm. It’s the most comfortable Zenfone 3 series smartphone for a single handed use. 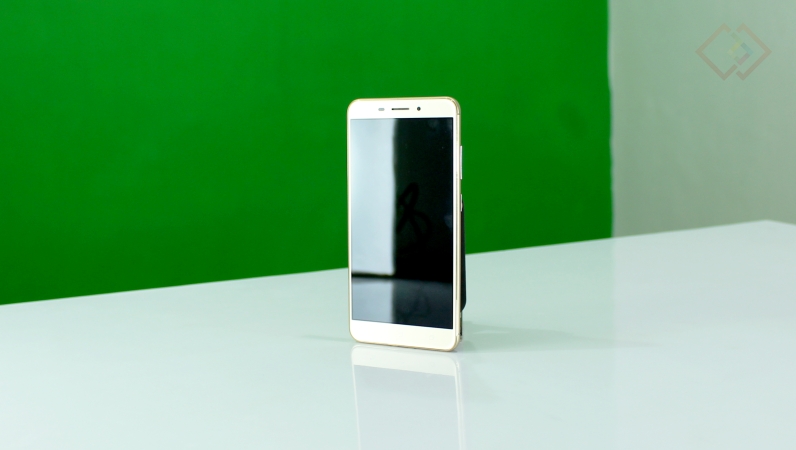 The design is similar to the other devices in the series we’ve reviewed. The front is dominated by the big 5.5-inch display above which sits the front camera speaker and sensors. Below the screen, there are the back, home and recent apps buttons which are again not backlit.
On the lower side of the smartphone, there are the speakers, charging port (Not USB-C), microphone and also two big screws one on each side of the charging port. These screws look odd and unnecessary placement for any smartphone in general. On the top of the smartphone, there is the headphone jack, and on the right side, you’ll find the power button and volume rockers.

On the left, there is the hybrid sim card tray, which supports dual-sim 4G connectivity. On the back side, you have the rear camera with dual-tone LED flash and laser auto-focus along with fingerprint sensor and the Asus logo on the lower side.

The 5.5-inch full HD IPS display of Zenfone 3 Laser comes with a resolution of 1920×1080 pixels which effectively gives you a pixel density of 401. Therefore, the display looks sharp, and color reproduction is excellent. The display is bright enough to be viewed in excessively lit conditions or under direct sunlight.

I find the Splendid app that comes built-in with Asus smartphones very effective for display. It allows us to adjust the color temperature and it also has a blue light filter which protects our eyes from prolonged usage of the smartphone. Being an IPS display, viewing angles are great, therefore, watching a movie or playing games is fun. The display is a fingerprint magnet, so it needs a frequent cleaning.

The Asus Zenfone 3 Laser sports mighty 64-bit Qualcomm Snapdragon 430 octa-core processor with a clock speed of 1.4GHz and an Adreno 505 graphics GPU. It has 4GB of LPDDR3 RAM and has a 32GB of built-in storage which can be expanded up to 128GB via microSD card. With this device, you get additional 100GB of cloud storage on Google Drive for two years.

For connectivity, it has a Bluetooth 4.2, Wi-Fi 802.11a/b/g/n, Wi-Fi Direct, GPS/A-GPS, Glonass, and 4G. The only downside I found here, is the lack of USB Type-C port which now you can get in smartphones costing almost half the price as this one.

Out of the two sim cards, it supports one Micro-SIM and other Nano-sim card. Users have to choose between either two sim cards or a SIM card and a micro-SD card. Both the sim cards can support 3G and 4G connectivity and the ZenFone 3 Laser supports super high-speed LTE CAT ( with downloading speed of up to 150 Mbps and upload speed of up to 50 Mbps).

It runs Android 6.0 Marshmallow with the company’s ZenUI 3.0 skin on top. Asus has improved the ZenUI a lot over the years, and most noticeable features are the Zen motion gesture, animated clock and widgets and motion effect on the home screen.

The Zenfone 3 Laser performs seamlessly while running daily tasks. There is absolutely no clutter while multitasking or browsing. Games like Asphalt 8, or the Extreme Edition ran smoothly without any issues. The Laser did get a little warm after prolonged gaming and while recording videos at 1080p, but it wasn’t uncomfortable at any point. 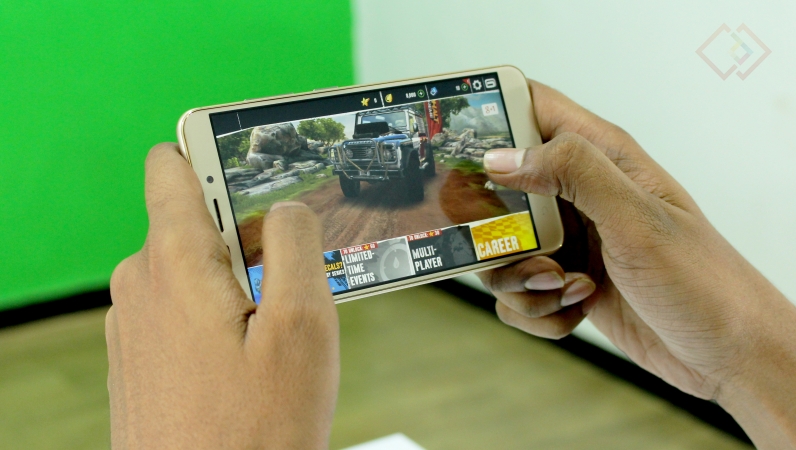 The fingerprint sensor does its job well. It unlocked the device quickly and responded well for my two-week long usage. Even when I tried unlocking it in different angles, it always recognized me. The speakers are loud enough but can get easily muffled. The headphones with come with the smartphone are decent enough and have a minimal distortion at high volumes.

The 3000 mAh Li-Ion non-removable battery performs well as it always had some juice left at the end of the day even while I was using the smartphone frequently at the full brightness for most of the times. The Zenfone 3 Laser doesn’t support fast-charging, so the it takes about 2 hours to charge from zero to 100.

For this Zenfone 3 Laser review, we ran AnTuTu and Geekbench 4 tests for benchmarks, and below you can see the scores we got. 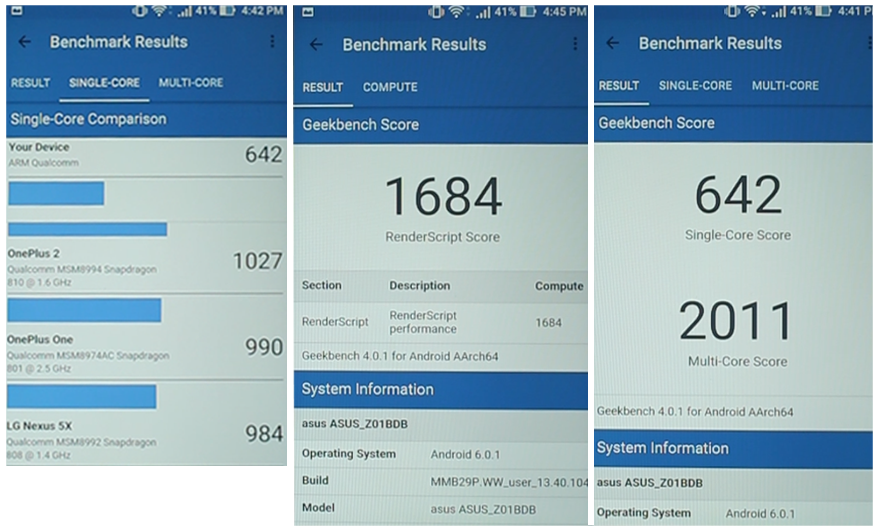 The numbers appear quite poor for a smartphone that charges you a premium to own. Although, I found nothing to complain during my real world usage. 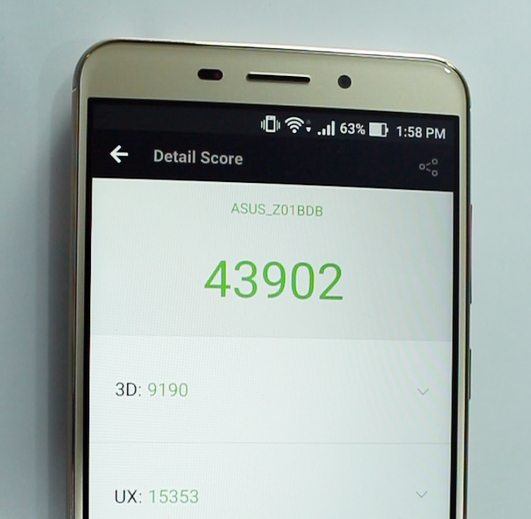 The Asus Zenfone 3 Laser has a 13 MP rear camera with f/2.0 aperture and dual-LED real-tone flash. It supports 1080p video recording at 30 fps. The camera app can be launched even from the lock screen. There are a lot of capture modes to choose from to enhance your images. The best feature of this particular camera is that it has a laser autofocus which helps it to focus on a specific object in about 0.03 secs as claimed by Asus. The display also brightens up when you click pictures, that helps a lot when you are working in low light conditions. We clicked a lot of images with Laser, some of which you can see below.

The images appear sharp and crisp and the he camera captures a lot of details. The camera is the best feature of this smartphone as it captures beautiful pictures and performs well even in poorly lit conditions. Videos captured are also quite good, and it does manage to capture good videos even when you are moving or in a crowded place thanks to its EIS feature. Its other features include 1/3″ sensor size, geo-tagging, touch focus, face/smile detection, panorama, and HDR.

There’s also an 8-megapixel front camera with f/2.0 aperture. The selfies looks great, and it manages to capture all the colors properly. The 8MP does help to catch more details than a 5MP camera, and it shows clearly in the images.

Verdict of the Zenfone 3 Laser

Asus Zenfone 3 Laser is a significant improvement over the Zenfone 2 Laser. It performs well and has an excellent camera. The metal body design does give it a premium feel, but all of this just doesn’t justify the hefty price tag Asus has put on it. With a price of RS 17,000 Asus does seem to have taken a gamble. With Xiaomi’s Redmi 3S and 3S Primes offering same SoC and other competitors like Samsung Galaxy J7 and Lenovo Z2 Plus offering better value for money.

For the extra price you pay compared to the competitors, you get the better camera and much better design and build quality. But if you’re not looking for those, Zenfone 3 Laser might just be an expensive buy!

If you enjoyed reading this  Zenfone 3 Laser Review, Please Join us on Facebook for more smartphone, PC hardware and game reviews.

Love exploring the latest technologies and share the best of 'em from my blog articles. At DigitalConqurer.com, I research on various new technologies, test smartphones and laptops, play games and write my experiences with these technologies. Connect with me on twitter @akshaybhosaleDC
Facebook Twitter Youtube
PrevPreviousFive Great Alternatives To Over Hyped Headphones
NextZion 8 GB DDR4 SDRAM ReviewNext