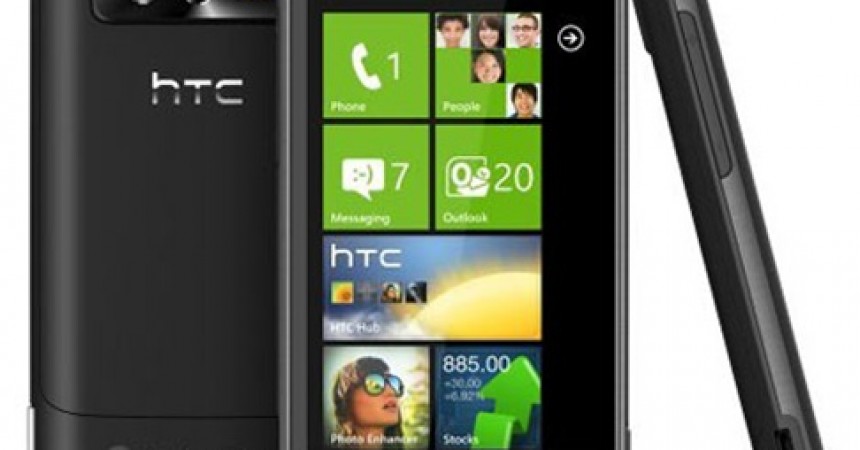 After a long rumored conversation around web & different dates tossed up for launch of HTC Trophy has finally ended on 26 May 2011. Verizon launched this brand new smartphone – which is first Windows phone 7 device in market.

HTC trophy is already up for selling online & in market with eye catching offers like – if you buy it for 2 year contract you can get XBOX 360 console game or Kinect game with it for free. HTC is one of the best smartphone makers, specially for Windows mobile. And Windows phone 7 has taken all smartphone  experience  to  whole next level. HTC by taking advantage of this powerful OS made the HTC Trophy – which is a fairly priced high end device.

Trophy is sported with 1GHz snapdragon processor & 3.8 inch touchscreen of WVGA resolution. The screen is lot bigger for gaming options like Xbox live & for watching movies & videos of HD resolution. As we know Big screen is a must have asset they made for Windows phone  7 devices – Trophy fits just perfectly to the category.

HTC Trophy comes with the 5 mega pixel camera  with auto focus & LED flash for capturing photos in the dark. The camera can record HD videos up to 720p resolution which you expect in any

Talking about multimedia this phone comes with the Surround sound through SRS WOW HD™ for the high quality music &movies experience for your headphones & other connections. HTC trophy comes with 16GB on board storage for carrying loads of apps, pictures & movie content with you.

As a standard Windows phone 7  feature, you can view and edit all kind of Microsoft Office® documents, like Excel®, Word® and PowerPoint® with the Office Hub & can also access SharePoint® servers.

Trophy have Wi-Fi connectivity (802.11 b/g/n)  &  Verizon’s standard Global ready – that allows consumers to enjoy wireless voice and data service in more than 200 countries,where most of the places include 3G service.

As we know windows 7 comes with is revolutionary Live tile features to enhance your home screen experience – Moreover there is also HTC Hub-customization available  for download for utilizing more entertainment & productivity.

Get The Dual Interface Experience On Windows 8