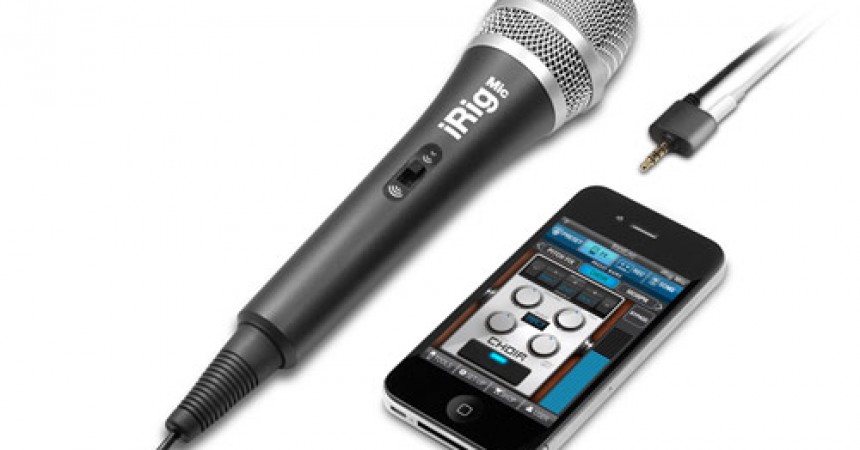 You own an Apple Device which is very much pleasing and is portalbe for you, and on top of that if you are a say your very own musician or have a small Band or you just love recording your voice, here comes a cool handy and portalbe device for you to enrich your entertainment.

A Company called IK Multimedia have expanded their LineUp Series by including a iRig Mic for your apple device. 3 – Supports Dual Jack for using Mic and the Headphones or speakers at the same time.

4 – It have an electro condensor microphone.

5 – Comes with the iRig Recorder, AmpliTube and VocalLive applicaitons for free.

The iRig Mic for apple is available for $60 and also they have planned to launch many more advanced version very soon.

Hope you guys like the add on device for your Apple.

unDock : It is a small Disk Ejecting Utility For your Mac

What Makes Swiss Watches So Expensive?

Can We Expect A Legit Siri Port For The iPhone 4 and iPod Touch 4G?

Evernote – A True Must Have App For Everyone