This December Mobile market is hot with many new announcements and launching of new smart phones. Motorola DROID RAZR and Apple iPhone 4S were among the top of the list on which there were lots many speculations and now they have hit the mobile mania. Let us have a lot at various aspects of both these handsets.

Both the smart phones are touch screen are equipped with 8 MP camera. Both the handsets are compatible to HSPA, WI-FI and WI-FI hotspot connectivity.  Compared to Apple iPhone 4 S, DROID RAZR is thinner with dimensions 7.1mm vs 9.3mm of Apple and it is also light in with 127 g compared to iPhone which is of 140g. Chassis of RAZR is bigger with 4.3 inches display. The screen of Apple 4S has higher resolution of 640X 960 while DROID has display of 540X960 pixels.

The battery of 1780mAh provide 9 Hrs of talk time to RAZR compared to 8 hours on iPhone 4S. Standby time of RAZR is also 300 Hr which is higher as compared to 200 Hrs of Apples iPhone 4S. The OS of both smart phones are different. 4S is powered by iOS5, where as RAZR comes with Android 2.3.5.

If we talk about performance, the DROID RAZR is equipped with 1.4 GHz process with 1 GB of RAM which is higher than the dual core 1GHz processor of iPhone 4S which is equipped with 512 MB RAM. CDMA coupled with GSM gives world phone status to iPhone 4 S, where as Motorola provide support to GSM only.

There are three variants of iPhone 4 S which comes with different internal memory storage: 16GB, 32GB and 64GB. DROID comes with 16GB of internal memory with options to extend it up to 32GB. Along with 8 MP camera in phone the handsets, there is also VGA camera for the front on iPhone 4S and there is 1.3 MP one on the RAZR.

Compared to iPhone which cost around $799 (Unlocked)  in the US Market market, RAZR is of RM $699 (Unlocked). Difference of about $100 and RAZR comprises of all the features that 4S offer, although it is hard to beat the design of iPhone.

Let us have a deeper look at both the smart phones: 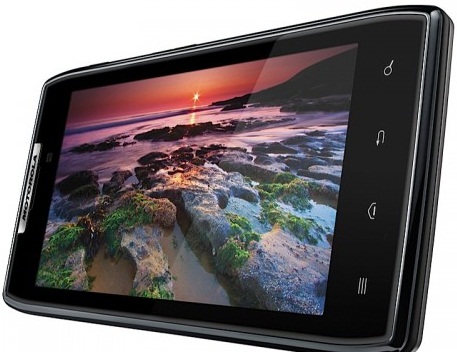 Motorola DROID RAZR is equipped with 4.3 inches touch screen display supporting 8 MP camera and 16 GB of internal memory extended up to 32 GB via microSD card. It also supports speed of 14.4 Mbps on HSPA. It is competent handset with WI-FI 802.11 support.  Thin and slim with weight of 127g. Empower by Android 2.3.5, dual core 1.2 GHz processor and 1 GB RAM. The Motorola smart phone also has pre-installed MotoCast app with which users can stream multimedia content. 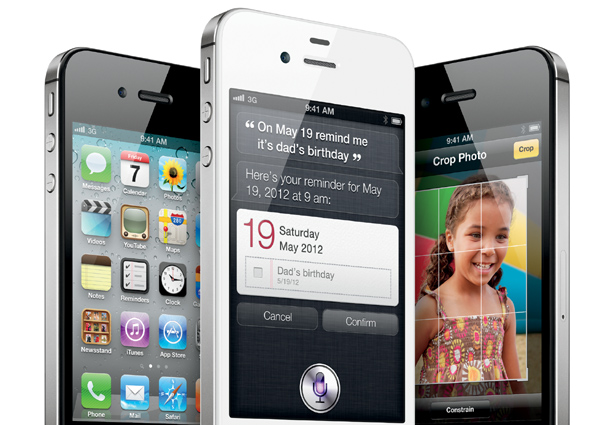 Capable of providing support to CDMA and GSM, the iPhone is equipped with 3.5 inches touch screen, 8 MP camera and front VGA camera. It supports speed of 14.4 Mbps on HSDPA; it also supports WiFi 802.11 b/g/n. There are 3 variants for internal memory 16/32/64GB, no concept of external memory. The new 4S comes with improved processor and also has Siri which is voice recognition personal assistance.

Price in India is insanely high around Rs.45,000 which is $899 USD , which makes it highest priced smartphone in India.

Tech and gaming blogger since 2009. I spend my day exploring what's new tech and its impact on our day-to-day lives. From smartphones to electric cars, AI to EdTech, Business Tech to Gaming Hardware and beyond ... I write news, guides, and reviews on Digital Conqueror.
Facebook Twitter Youtube
PrevPreviousXbox LIVE App For iPhone, iPad, iPod Touch Is Now Officially Available for Download
NextNew Apps By Evernote – ‘Evernote Food’ and ‘Evernote Hello’ For iPhone & iPod TouchNext