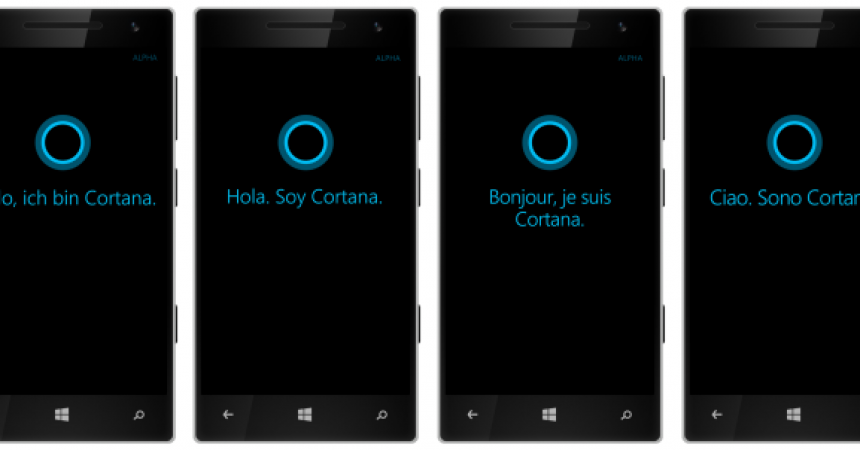 Since the launch of its Windows Phone update 1, Cortana has managed to generate enough traction of the World Developers and end consumers. Being one of the most sophisticated and perfect Voice Assistance, it has a scope to be with you not just on your mobile devices but with the upcoming desktop OS like Windows 10 as well.

We recently posted this Video Demo of The Cortana in Action For Windows 10!

So, in a world where One language can not be enough, Microsoft has quickly introduced the new language support for European countries like – Germany, France, Spain & Italy.

This Cortana version will be Alpha, that means it will not include all the features that we see in the most recently released Cortana in Windows Phone 8.1 Update 1. Even though, it will be powerful than the English version of the Original Cortana they released.

So this Alpha version will be good enough for developers across these four countries to get started, and for consumers to be excited about this helpful virtual assistance in their native languages.

Do let us know, what you think about this fast developing eco-system of voice assistants in comments section below!

Cortana In Windows 10 - First Video Demo Is Out!