Norton is a leading anti-virus suite used in the world and most of you might be already using it for a while now, I want to direct your attention to all new Norton Internet Security 2012, which is offering protection with solid performance as well.

Interesting is knowing why Norton IS 2012 anti-virus is the best of all ? Check out the following report based on review of Norton Internet Security 2012, which I have tested personally.

Before I go on with its speed and performance, I would like to let you know that 2012 edition of this antivirus suite comes with all new user interface that literally is as light as feather for any PC. I testes on Pentium 4  to Quad Core AMD gaming setup, UI was superb overall and does not lag at any point. And most of the users bad mouthing about old Norton products that they consume large portion of your RAM (memory) – which is completely not true from latest 2-3 versions. So if you are scared of its memory consumption Norton got rid of all glitches in Internet Security 2012.

We tried playing around the new UI with several other operations to suffer it from multitask (Trust me even a 3D rendering was going on) – but everything on UI works outstandingly. UI animations are really cool and it does not lag while automatic scan and update was in progress.

This new version of popular antivirus is focusing on improving your computer’s performance and all tools designed in a manner to make best use of it ! 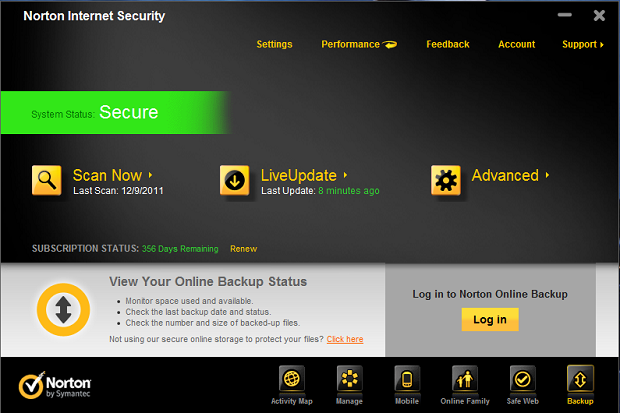 New start up manager introduced in this version of Internet Security 2012 lets you opt out, non-necessary applications/programs from your start up, which helps in improving overall boot up time.

For already installed applications, NIS 2012 lets you analyze each of them for resource usage, trust level,users & stability. And by this chart you can easily figure out what is needed and what not. (You will not find this feature on basic version called Norton 360, so its kind of cherry on the cake !) 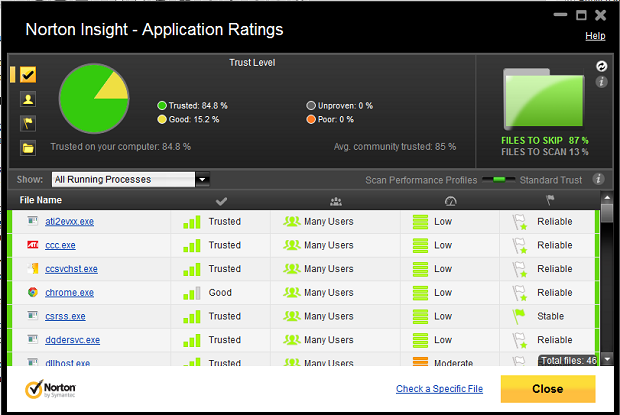 For Norton Insights, they collect information from thousand’s of users to calculate the trustworthiness and ratings of each applications so it is kind of cloud based data you get for determining how stable any application is.

Could based Norton Management tool is now let you install or uninstall the Norton applications from a cloud based location, check licence information /subscription stuff and security status as well. But this feature is available for Windows-based PCs and not for Norton Mobile Security

Check Out: Our Norton Mobile Security Hands On Review For Android Smartphones

If you are an old user, Identity Safe might be a familiar application for you, which lets you store the login credentials for online websites like – Ebay.in or Flipkart.com and much more. Well, it is now cloud based too and it stores all your information database on cloud storage, so for no reason your identity safe data will be lost at all. The Identity safe UI remains embedded in the browser and wont bother on your screen from 2012 version, So it’s a nice little improvement for those who hate obstructions in browsing.

As your logins are stored on Cloud, you can access them from any PC with Norton Internet Security 2012 installed !

This cool new feature is useful for laptop and netbook users, who are surfing web from data connection/mobile hostpot. Using bandwidth awareness you can simply turn off the automatic update of larger sizes when you are not using wi-fi hotspot. So it will help you save many bucks on automatic downloading.

Norton Internet Security 2012 offers good support for network security and vulnerability management for personal usage. It will give you all information of connected devices through wired or wireless networks as shown in following image. The security feature needs enabling once and it will give you a pop up message if something is wrong with your network connections. 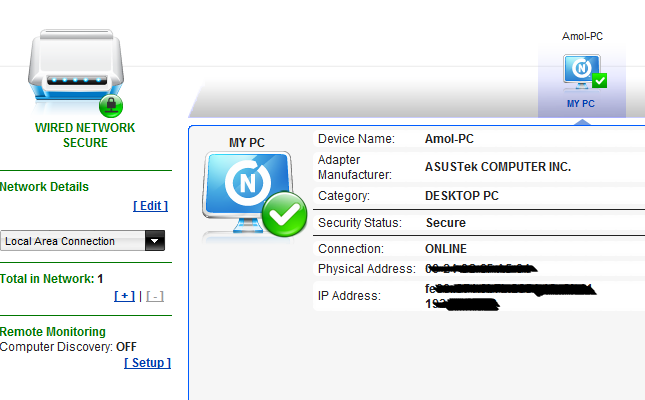 There are plenty of minor updates and features that improves overall experience in Norton Internet Security 2012 overall. But the point of this review being – whether all the major upgrades are worth buying?

The answer would be definitely Yes !

NIS 2012 is much better on UI level, Protection features, cloud based application management and ratings that lets you figure out your PC for extremely high performance. And Norton has manage to take this new antivirus to whole next level compared to older Norton Internet Security 2011. 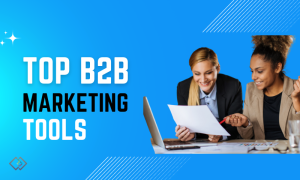 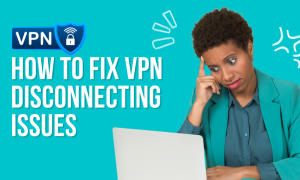 6 Reasons Your VPN Keeps Disconnecting And How to Fix It! 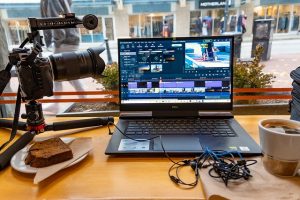 7 Tech Tips to Help You Create & Edit an Amazing Video 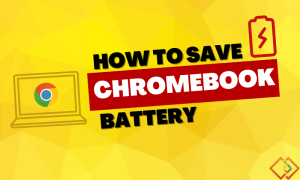