Playing video games is good for us, right? Every day, we devote a significant amount of time to playing games, but what do we gain in return? Fun? Is that it? Then enters games Like 2048 in 2014. And I wonder some games provide benefits beyond pure enjoyment.

“Help!“,  When 2048 originally came out, I read tweets like “I can’t stop playing 2048,” “2048 Game is the most addictive game I have ever played!” and “Evil, EVIL game.” I still enjoy playing this game when I’m bored because I enjoyed it so much. Even though I like the game’s minimalist style, I still wanted to investigate the various options it provided.

Nothing compares to the joy of finishing a puzzle. Working your brain may be a lot of fun, whether it’s a Sudoku puzzle, crossword, or something else. And if you enjoy playing games on your Android device, you have a ton of fantastic puzzle game options.

The best way to have fun anywhere you want and whenever you want it is still with Android puzzle games. The fact that there are so many games like these is the best part. How to locate the best ones can be the major worry. Here are the top puzzle games on Android, so check them out without further ado!

To help with that, we’ve compiled a list of the top 2048-style games for Android and iPhone that are larger than standard games. Despite the fact that all of the games are single-player only, we have included one that can be played online with a friend. All of these alternate games have identical objectives, with Numerous game modes and themes are available. 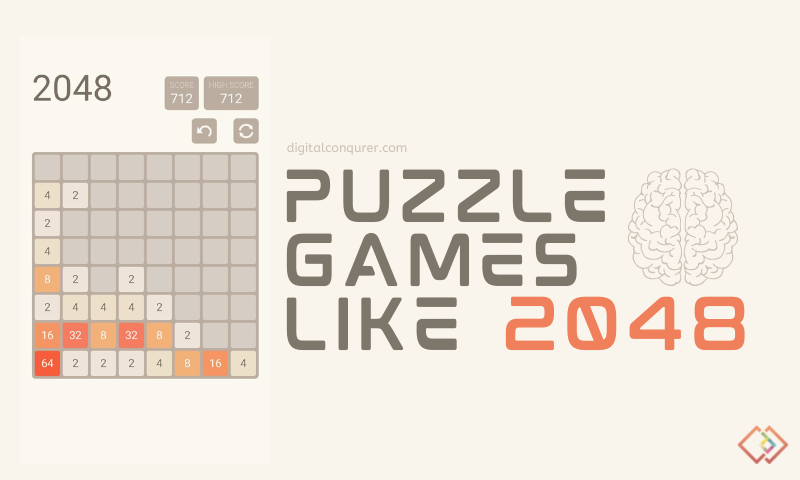 2048 has remained one of the most well-liked and addictive mobile games since it originally appeared in 2014. Here are a few online games that are similarly well-liked and entertaining as 2048. Examine them out…..

These days, sliding block puzzle games with a single player are highly popular. One such game with a reputation for being both extremely difficult and extremely addictive is 2048. Here are other 2048-like alternatives that will likewise keep you interested from beginning to end. I experimented with all the variants and clones available before coming up with the top 2048 Alternative Games. Uncertain about where to begin? Check out these top 12 puzzle games for mobile to get you going! Let’s investigate.

This is a game with addictive gameplay for puzzle games where numbers are the main character. On the 4*4 grid, the player slides the numbered squares around until the sum is a multiple of 3 and 3. The game ends when there is no more area on the grid for movement, and your final score is the total of all the numbers. 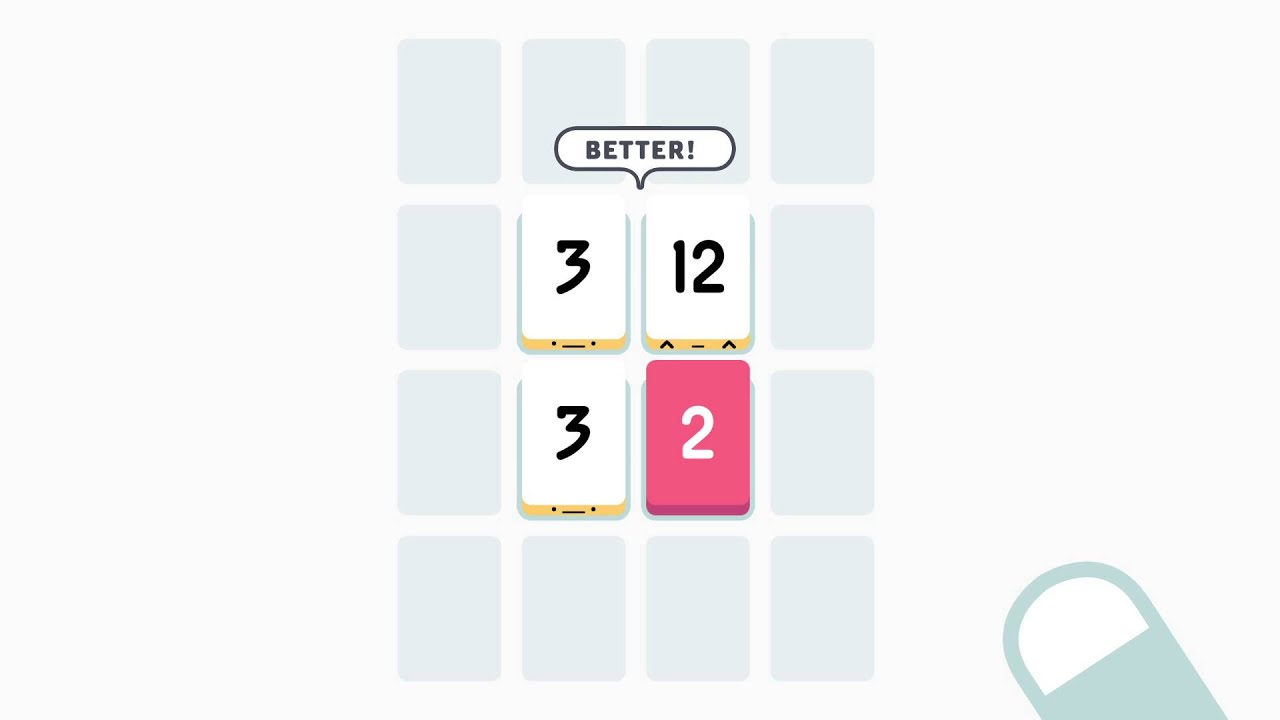 The game includes 12 different types of numbers with values ranging from 3 to 6,144. You can access new icons after you go beyond this cap.

An exact replica of 2048 is 1024. You are required to complete the titles of only 1024 tiles instead of the 2048 tile, which is, in my opinion, more simpler than 2048. The game’s mechanics remain unchanged. To double the number of the tile you just merged, all you have to do is move the tiles about on a 4 by 4 grid and try to merge comparable tiles. However, this does not imply that you cannot exceed 1024. Basically, the more 1024 tiles you have, the easier it will be for you to pair up numbers that are higher and higher.

To move the tiles, using the arrow keys or W S D A. When two identically numbered tiles touch, they combine to form a single identically numbered tile that adds up to one! You succeed when you make 1024 tiles. Only 2% of players can complete this game; a genius can create 2048 tiles. But someone desires to create 4096. Making 2048 or 4096 will make you feel special. 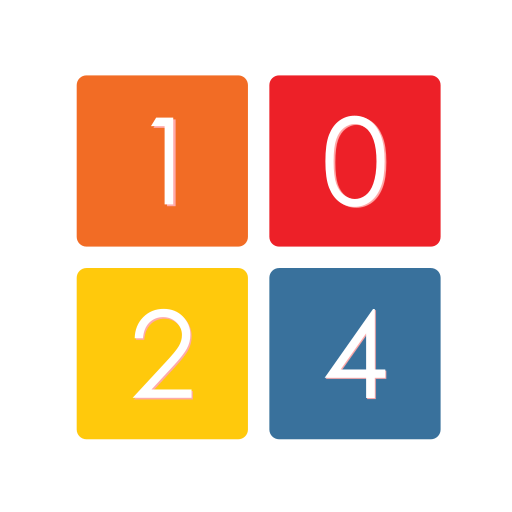 Have you ever seen a hexagonal tile or a honeycomb? As the name “Hexic” suggests, the game board has a hexagonal shape and is more reminiscent of a honeycomb rather than the more conventional 3 by 3 or 4 by 4 projection.

In any case, Hexic 2048 follows in the footsteps of 2048, a game in which the goal is to combine similar tiles to reach the number 2048. So what makes a difference? The panel! Honestly, that’s all. Also the same are the rules. The game is over if you in any way impede the movement of your tiles. 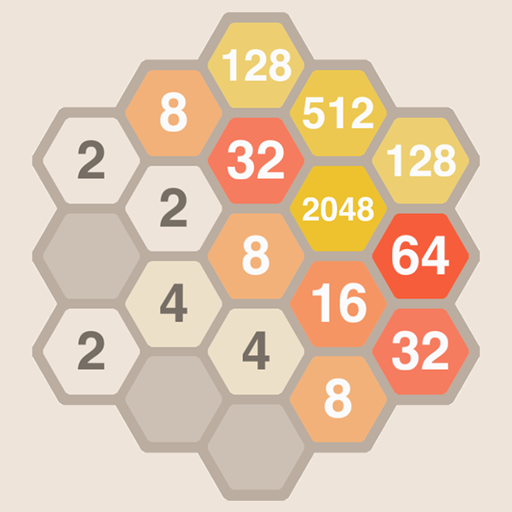 A lively game in terms of playability is 243. We have been discussing combining two tiles into one so far, but 243 is much beyond the modern conventions that some of the games have thus far instilled. For example, as a player, you are required to combine three tiles into one. But be cautious, as the game only accepts multiples of 3. 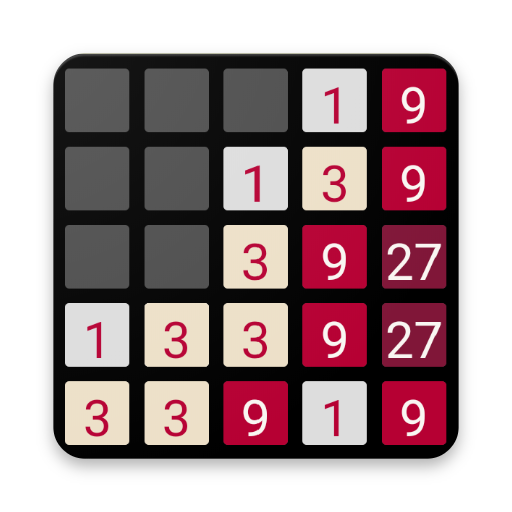 2048 Hex is a game that offers players a hexagonal board, much as Hexic 2048. The colors are the sole distinction between this game and the other one I described. You may observe RGB tiles in operation in this game. All the regulations are the same aside from this. For instance, to receive twice as many tiles, you must match up to two that are similar.

Then carry on till you reach the sought-after 2048 tile. Isn’t that straightforward? Well, other from the fact that sometimes it can be a hassle to get that tile, the majority of 2048 games are, to be honest. 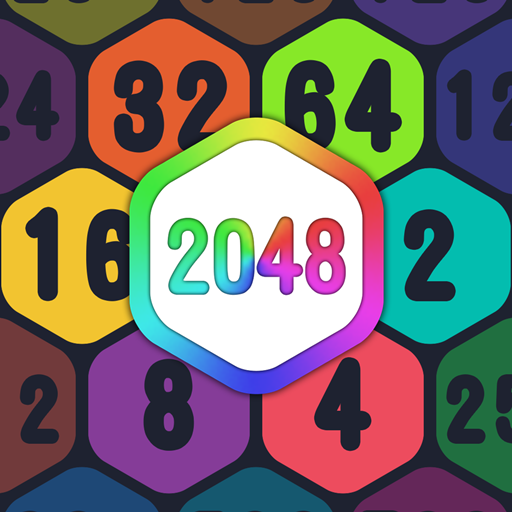 The puzzle game Chain Fruit 2048 is highly distinctive in terms of the board and game projection. How, one would wonder? Chain Fruit, however, differs from conventional board matching games in that it advances the genre while ensuring that innovative aspects are included at the appropriate times.

For instance, in this game, you match fruits instead of numbers. You can combine two comparable fruits to get a third, larger, more luscious fruit. However, there is a designated number at the top. In this game, two oranges might equal two 3, and so forth. So, in the end, a 2048 number is required, but it must be in the form of a fruit.

Fives may seem like a straightforward game, but getting acclimated to its algorithm will take some time. Because Fives is really dissimilar than 2048, the game you are used to. Twos and threes can be combined for specifics, but twos and twos cannot. Everything, in essence, must be connected to the number 5.

Two and three can be combined to yield five, five and five to yield ten, and so on. You combine like numbers (table of 5) and unlike numbers in this manner (twos and threes). It’s a trickier game, but it’s still worth a try. 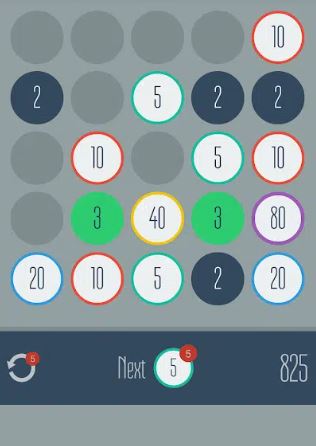 White 2048 has a totally different approach to 2048 than the other games that were discussed before. In this game, for instance, you’re expected to aim for huge and white boxes. However, the revision is where you explode those boxes. Yes, using bombs. How on earth is this connected? The board is similar, and the strategies are the same. Join the boxes, attempt to get big ones, and time their explosions. A 4096 score is required to win the game, and let me remind you that it’s not 2048 with strawberries and cupcakes because you can’t corner the boxes without getting caught.

3D Merge Game actually employs a 3D strategy, as the name would imply. For instance, Chain cube 2048 introduces a revolution in terms of projection rather than using 2D boxes on a 2D board. Here, the board and cubes are both three-dimensional. You must also slingshot the cubes at a set of cubes that is already in place.

We know you can’t get enough of playing amusing 2048 games, so don’t attempt to hide it! For those who enjoy difficult brain teasers and logic number games, Chain Cube 2048 is a terrific puzzle game. We assure you that dropping the number is considerably easier than getting to 2048. The difficulty of the game increases as you progress.

Unless you want to restart the puzzle game, don’t cross the red line! Aim precisely and pay close attention to the chain cubes as they merge. Earn points by combining numbers to get cool chain cube skins! Playing with eastern eggs, animal cubers, and even impostors is a lot of fun! Play the merge numbers puzzle game right away by downloading it. Why are you holding out? Display to everyone your is the best 2048 merge number game ever made! 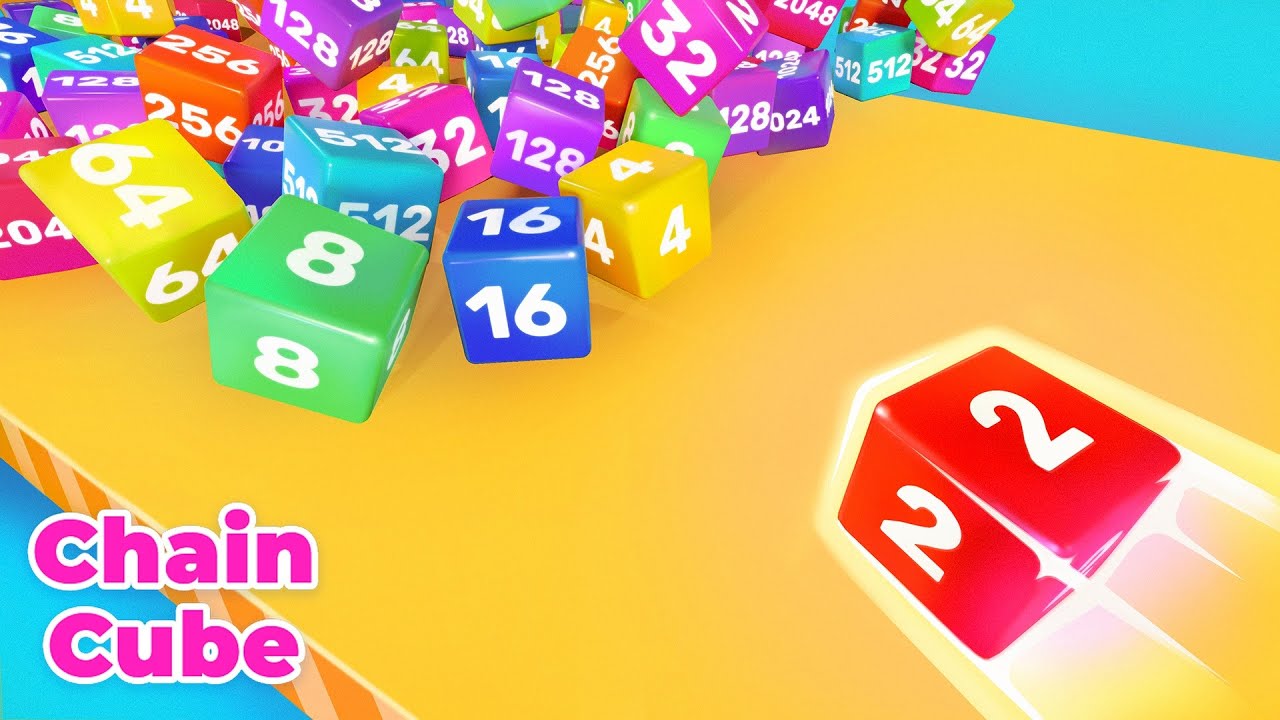 The cubes on the other side bump together as you throw them, adding up to create a new number. Sincerely, it’s an enjoyable game. However, there is only one limitation. The shade. The cubes must be cannoned at the same hue and the same number, so, yep.

The Countdown Number Puzzle is not a matching-cubes game like 2048. The gameplay is a tiny bit different though. You are expected to experiment with the four fundamental mathematical operations of addition, subtraction, multiplication, and division in this game.

In essence, the game will assess your aptitude for mathematics as well as your creativity and imagination. For what it’s worth, each package has approximately 100 mathematical puzzles that can be played. In other words, about 1000 arithmetic problems keep you stimulated. 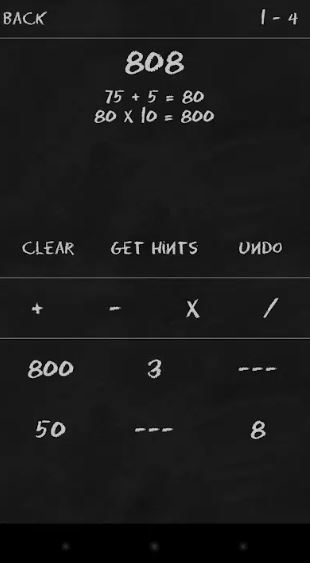 Balls are used in Bubble Buster 2048 in place of bricks or cubes. To be really honest, this game’s only distinction from other 2048 games now available is that. The remaining guidelines remain unchanged. For instance, all you have to do to get that 2048 amount is swipe the balls together and merge them. 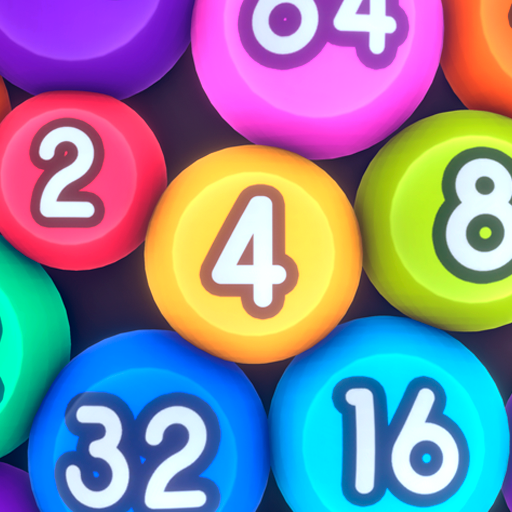 Keep in mind that in addition to this, you will also need to merge the balls of the same colour and number. Additionally, the GUI has undergone some changes. Other obstacles in the game, such as boulders and crates, must be destroyed in order to advance to the next level. Even so, the game offers 120 difficult levels and saves your progress if you stop playing, making it a fun little free distraction to have on your phone.

Everyone can benefit from the brain-training exercise provided by the 2048 Number puzzle game. You will enjoy the challenge of completing the game at the highest level with its three different levels of difficulty! The 44 grid on the board with the least difficulty is ideal for learning and gives you time to consider your movements. If it’s not challenging enough, try the medium difficulty 55 board. As you attempt to improve upon your score, this will work you out!

Most players spend hours, if not days, trying to finish every level since the game is so compelling to them. You can learn about how many other people love this entertaining Android game thanks to a multiplayer function! 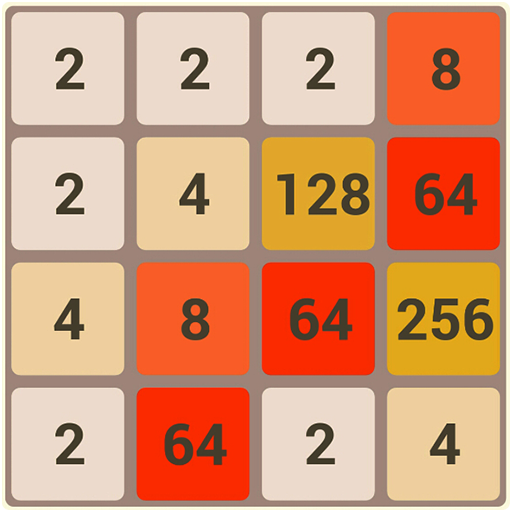 Combining tiles with similar properties is the primary objective of the game. There are penalties if two identical blocks touch each other, preventing any merge from occurring between them, which is why you must be strategic when playing the game. The main objective of gameplay involves merging tiles with similar values such as 2s or 4s that will result in larger numbers like 8 when played simultaneously, making it challenging but also satisfying at times.

Following in the footsteps of all other 2048 games is 2048Endless: Classic. The name is the sole notable distinction. It truly is “Endless.” In short, even after receiving 2048, 4096, and 8192 tiles, the game remains uncompetitive. The fact that you can play indefinitely makes this game more difficult in terms of consistency. There are no problems with that because the goal and the regulations are still the same.