We might not remember all the game genres we have played years ago, but everyone can certainly tell that they have played some kind of a classic fighting game in back in the day.

The round based system, which provoked us to make that awesome comebacks. Those complex keypad combos, which can only be mastered through constant efforts and dedication, and that extra-special, breathtaking last stroke where we K.O. (Knock Out) our opponent! You’ve experienced the same thrill, Right?

So what is it, that keeps us engaged in one of the most classic genres of fighting video games? Why it always stays is it always on top of our brain, no matter how many advanced FPS or MMORPG we have played in recent times? Let’s find out why Fighting video games are the most popular genre of all time!

Why Fighting Video Games Are Most Popular?

No matter if you have played any fighting games before, you would want to play it again and again. Most of the fighting games contain more than two dozens of the characters. Customizing them, mastering their techniques and fighting their best opponents keeps you glued to the gameplay. And considering doing this cycle for every other character. Literally, you can enjoy a single fighting game over the period of a year, and it would not feel repetitive. The same amount of variety is available for locations/environments & special powers too.

Which other game genre offers these many gameplay varieties?

Visual Delights at Its Finest

No matter what, we have to admit that we love brutal action. Violence, gruesome fatalities, dead-end fight, and the most imaginative action-adventure games are preferred by gamers over any type of gaming genre. And with fighting video games, the gameplay is getting visually pleasing more than ever before. The integral feature of such kind of games as special attacks, punching, and killing proves to be a power packed imagination, and it takes the visual excellent to next level.

Shiny new armours, spinning weapons, smoking visual effects, fierce action and the fatal bloodbath are just the basics, it’s getting darker, and gamers across are world are enjoying it all! 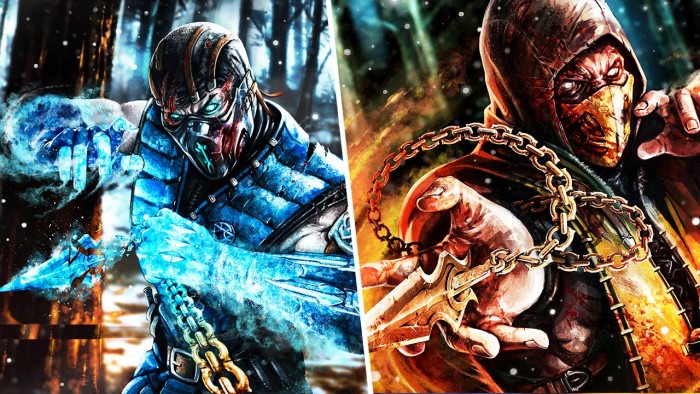 We can not deny how fast and remorseless FPS close counter battles are, I personally believe in fighting video games they are the most intense. Only two opponents are playing at a time, and all your strength, skills and years of battling skills focus towards that single opponent.

We know and control our character with all its strength and participate in the aggressive battle and the engagement level is way to much higher compared to anything else.

Genre That Brings It Altogether

Even though casual gamers might enjoy a fight or two in this genre, it’s crafted and meant to be played by the pros. It requires a player to have both a strong memory and excellent timing.

Developers being the creators behind the successful plot for such games are not just creative but also understand the gamer’s behaviour when playing the game. The need for developing such fatality games comes as the loved by the gamers as it allows them combines various moves and techniques to fight against the opposition.

It’s an absolute balance of everything what a gamer expects from any game. Craziest set of Characters, Relentless Fighting, Shooting, Blood-Dropping Swords, And powers from out of this universe. All of this comes together only and only in the Fighting Video games.

One such most awaited game developed by NetherRealm Studios, and by the franchise Warner Bros Interactive Games, called Mortal Kombat X has been on the top list of every gamer. With its release on major platforms on 14th April 2015, it is sure that the gameplay will leave your eyes wide open. In Mortal Kombat X, the fighting and playing is just a pathway to get to the end result – Finish Him.

If you want to test your attacking abilities with a game known for cinematic experience then Mortal Komabt X is what you should be getting ready for. Its outstanding visuals and action oriented counter paths indeed keep people coming back for more.

Don’t miss out the following trailers of the timeline resetting game:

Available on Platforms: PlayStation 4, Xbox One and PC

This game is all set to release on 14th April 2015 in India with major next-gen gaming platforms and the PC. But for the rest of consoles like Xbox 360 & PS3, it will be available just a few months after the initial launch.

Tech and gaming blogger since 2009. I spend my day exploring what's new tech and its impact on our day-to-day lives. From smartphones to electric cars, AI to EdTech, Business Tech to Gaming Hardware and beyond ... I write news, guides, and reviews on Digital Conqueror.
Facebook Twitter Youtube
PrevPrevious8 Free Xbox Games You Must Download In April 2015!
NextPre-Order Mortal Kombat X In India From ‘Games The Shop’ With Exclusive BonusNext