Samsung Galaxy Note Will Be Availble In Canada By Telus ! | Digital Conqueror 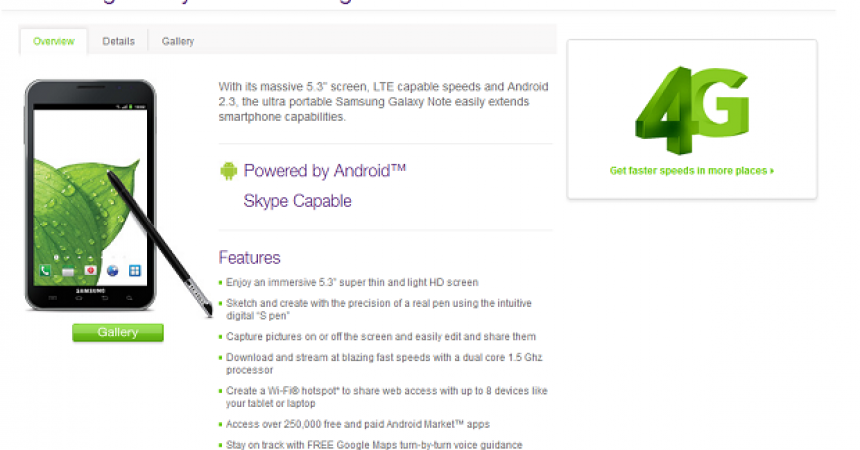 As rumors of Samsung Galaxy S III are on high all over the web, two big smartphones market – America & Canada are still waiting for the launch of most awesome Android device yet – Samsung Galaxy Note.

Well, one of them is getting lucky as Telus network from Canada are already preparing to launch ‘the amazingly big’ Sam,sung Galaxy note very soon.

Galaxy Note is an amazing innovation thanks to its 5.3 inch big super AMOLED display, that makes it an hybrid of smartphone and tablet. Its revolutionary digital S pen, lets you draw, edit and do amazing things with your images like never before.

Not just that it is amazing for creative consumers but also outstanding for those who are craving for performance. Its dual core 1.5 GHz processor & Android 2.3 OS makes it one of the fastest smartphone available on planet till date. At least, until Tegra 3 quad core devices shows up !

Check out : Samsung Galaxy Note Review – Is It Really Worth Buying ?

Samsung has already fashioned their Canadian official page and started interest form filling from users in Canada already. They have also mentioned that Galaxy Note will be available in Canada by Mid February in 2012.

From Telus site, well they have listed device page already with some of the magnificent features including its 4G LTE capabilities like following – 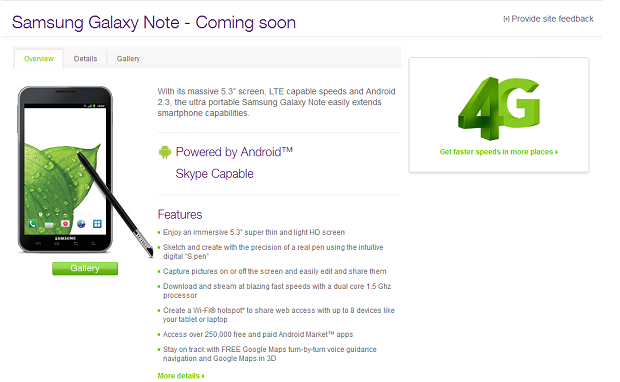 They have to officially list the price yet, and Pre-oder page that every Canadian smartphone fan is waiting for ! Do let us know what do you think about the launch of Galaxy Note in Canada, Will you buy it or wait for Tegra 3 devices now ?

How To Sync Google Docs To PC Like Dropbox Does! !

Map of India Android App Review: An Offline Maps For All India!