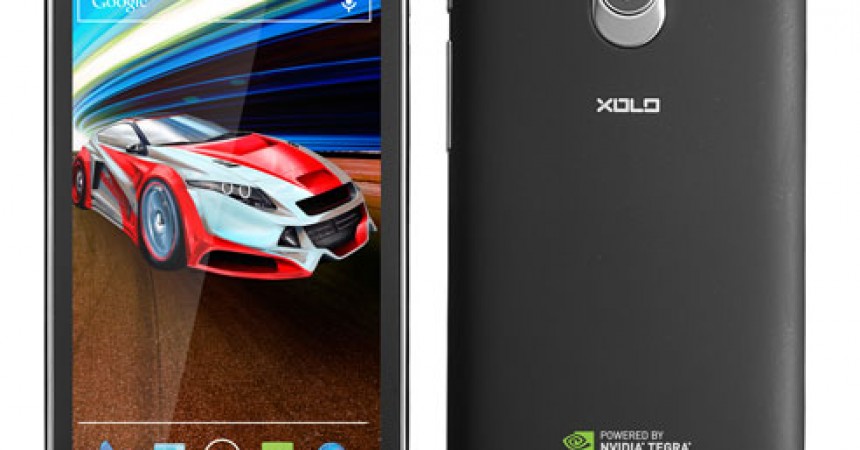 Xolo, a brand that has been in top performers league thanks to its Intel Atom powered smartphones, has moved to new partnership with NVIDIAs best in class processor of 2012-13 – Tegra 3!

XOLO unveiled Play T1000, the first smartphone from the maker to be powered by quad-core Tegra 3, 1 GB RAM & 4GB internal memory that will keep its performance fluid while multi-tasking & gaming.

Play T1000 has 4.3 inch IPS HD display of 1280×720 pixels resolution, that will ensure crisp visual experience while watching pictures and videos as well as playing games. As far as just gaming is concerned 1.5GHz quad-core processor can take anything you can throw at it, and not just from Android Play Store, you can also access NVIDIA Tegrazone to take full advantage of your processor through optimized apps & games.

Android 4.1 Jellybean is available out of the box and I am pretty sure it will let you upgrade to next version of Android in near future. 2000 mAh will easily take you through day, for an average user.

So overall, Xolo Play T1000 is powerful, future proof, & has decent build quality. For its price under Rs.16000, this is definitely a ‘worth buy’ for any kind of user. Though we already know the improved new Tegra 4 is already on its way with NVIDIAs much hyped SHEILD gaming device, which is already available for pre-order in US, Tegra 3 is still considered as one of the best performing micro-processor when it comes to gaming.

Tegra 3 has been a part of many beast smartphone s& tablet configurations, and even for some netbooks as well. XOLO making this 180 degree shift from Intel’s best mobile processor to NVIDIAs clearly marks the makers seriousness to penetrate in the mobile gaming business.

Do let us know your views on Tegra 3 & XOLO’s all new Tegra 3 powered smartphone T1000 in following comments section.