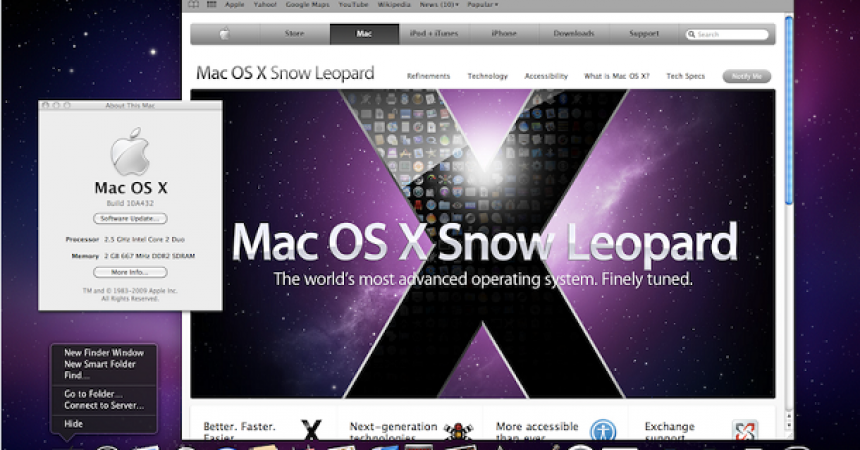 Before we delve into the similarity between iOS and Mac OS, we need to know what iOS is in the first place. iOS, is the short form for “i Operating System”, the brain which powers the revolutionary iPhone. iPhone’s spectacular rise and popularity is solely due to the operating system powering all the functions and features of the phone. It is therefore, the iOS which gives the iPhone its edge over other smartphones in the market. Without the iOS, the iPhone is just another ordinary touch enabled smartphone.

Now that we are aware,  what is iOS and what is it that it does, it’s time to focus on Mac OS. Mac OS is the short form for “Macintosh OS”. Just like the iOS powers the iPhone, the Mac OS powers the Macintosh series of personal computers produced by Apple. It is the Windows equivalent for Macintoshes, with several more benefits such as increased security and a more stable architecture. The USP about Macintosh is all about the operating system, the Mac OS. Without the Mac OS, Macintosh is just another piece of hardware equipment. iOS and its Similarities To The Mac OS

Now it is important to note that the operating system for Macintosh, the Mac OS has been around since a   long time. It came into being when the first Macintosh was launched way back in the 80s. As such, the Mac OS does become the parent form of iOS. Through decades of testing, the Mac OS was proved beyond doubt to be a highly stable and a flexible platform. Hence the executives at Apple, decided to integrate it into the new range of portable devices which Apple stared producing from the 21st century onwards.

The smaller, sleeker and portable version of Mac OS, designed initially for exclusive use with iPhone was named as iOS. The iOS shares the same core architecture as Mac OS. The kernel system driving the inner working of iOS is utilizes the same OS X kernel system. Furthermore since the Mac OS utilizes UNIX based architecture, the same can be found in iOS as well.

Furthermore, staying true to the expert competency of the engineers at Apple, both the platforms utilize the proven systems of Object C and C++ programming languages to power many mundane tasks quickly, efficiently and without any hassles.

Asus PadFone Review - The Dream Amalgamation of Tablet And Smartphone

BlackBerry 8520 Lauched In India By Airtel