During recent times, the smartphone industry has exploded with new smartphones being launched every week quite literally. With every passing month, we see newer technologies & faster hardware being integrated into a single powerhouse we all carry around named ‘smartphone’.

A few months ago it seemed like the thing of the rich to own a smartphone with higher hardware specifications which included a Android smartphone having an octa-core processor with 2GB or 3GB RAM and finger-print sensor and so on. 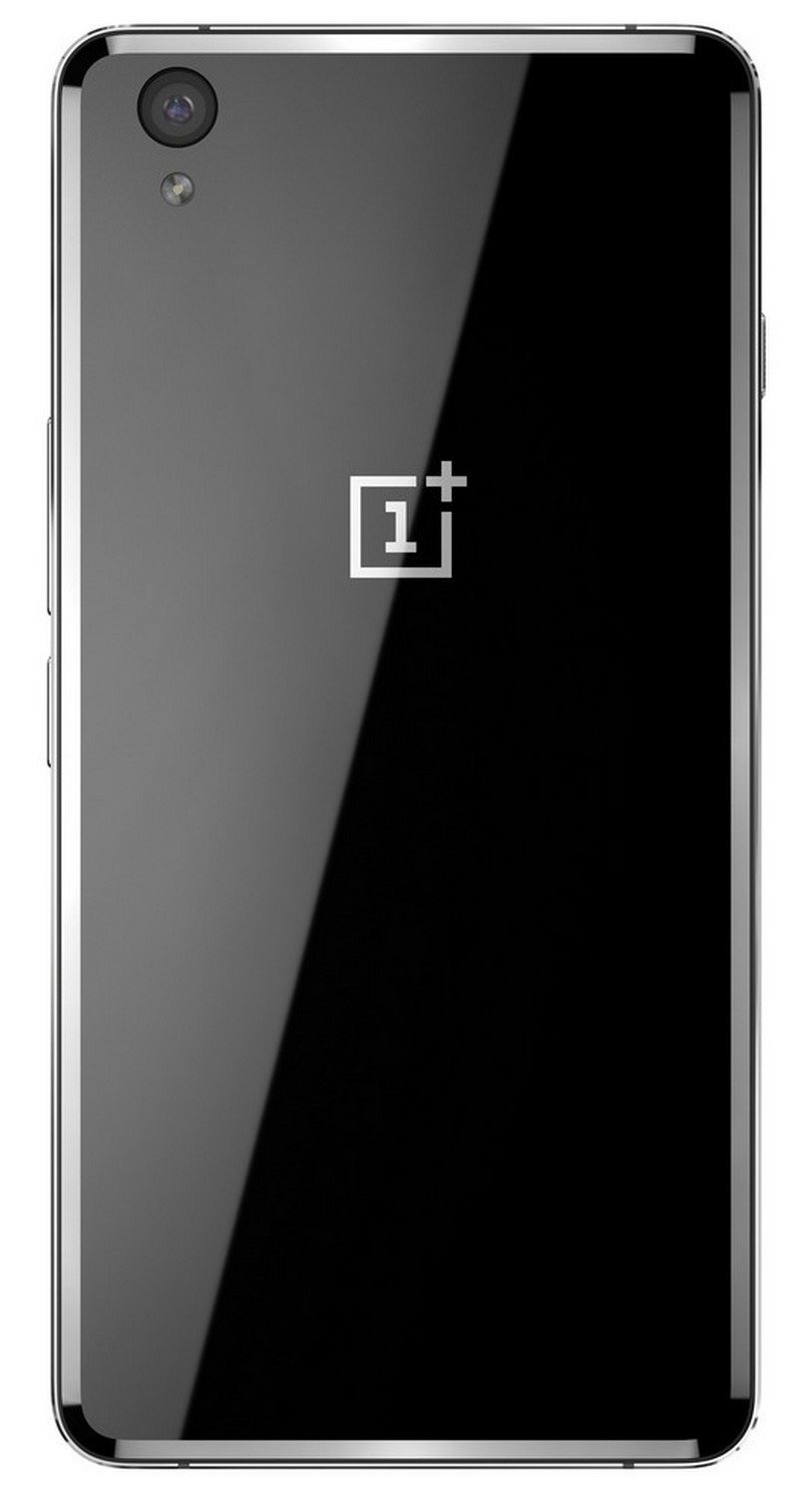 OnePlus X has been available in the market for a while. It has a 5-inch AMOLED display, which is considered as the best display to have on a smartphone and it has 441 PPI which is just awesome. It comes with 3GB RAM and Snapdragon 801 quad-core processor. It’s 2525 mAh battery is enough to get you through the day and 13MP rear and 8MP front camera will allow you to capture some very good memories. Priced at just RS 14,999 it is a very good smartphone to own. 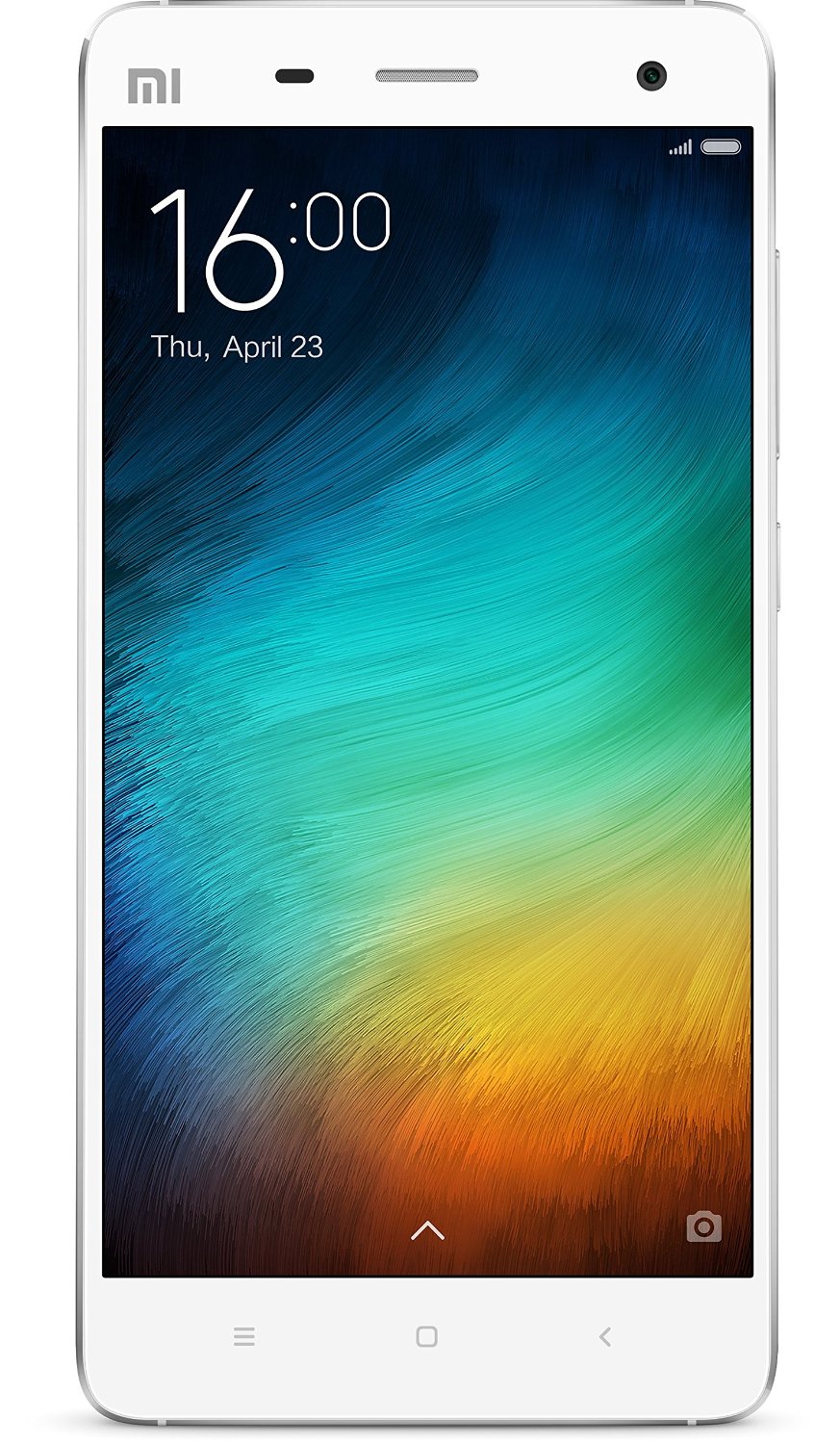 Xiaomi’s new Mi4 has a 2.5 GHz Qualcomm Snapdragon 801 quad-core processor and 3GB of RAM. It is one of the best seller for Xiaomi and remains a favourite among masses. It is a power packed performer and you will never feel any lack of processing power be it gaming or normal usage. It has a 5-inch display which produces crisp, vivid images and is a delight to look at. It comes with 13MP rear and 8MP front camera and takes some very good images and also 1080p videos too. For Rs 14,999 you get Xiaomi’s one of the best smartphones till date.

Buy it Xiaomi Mi 4 on Amazon. 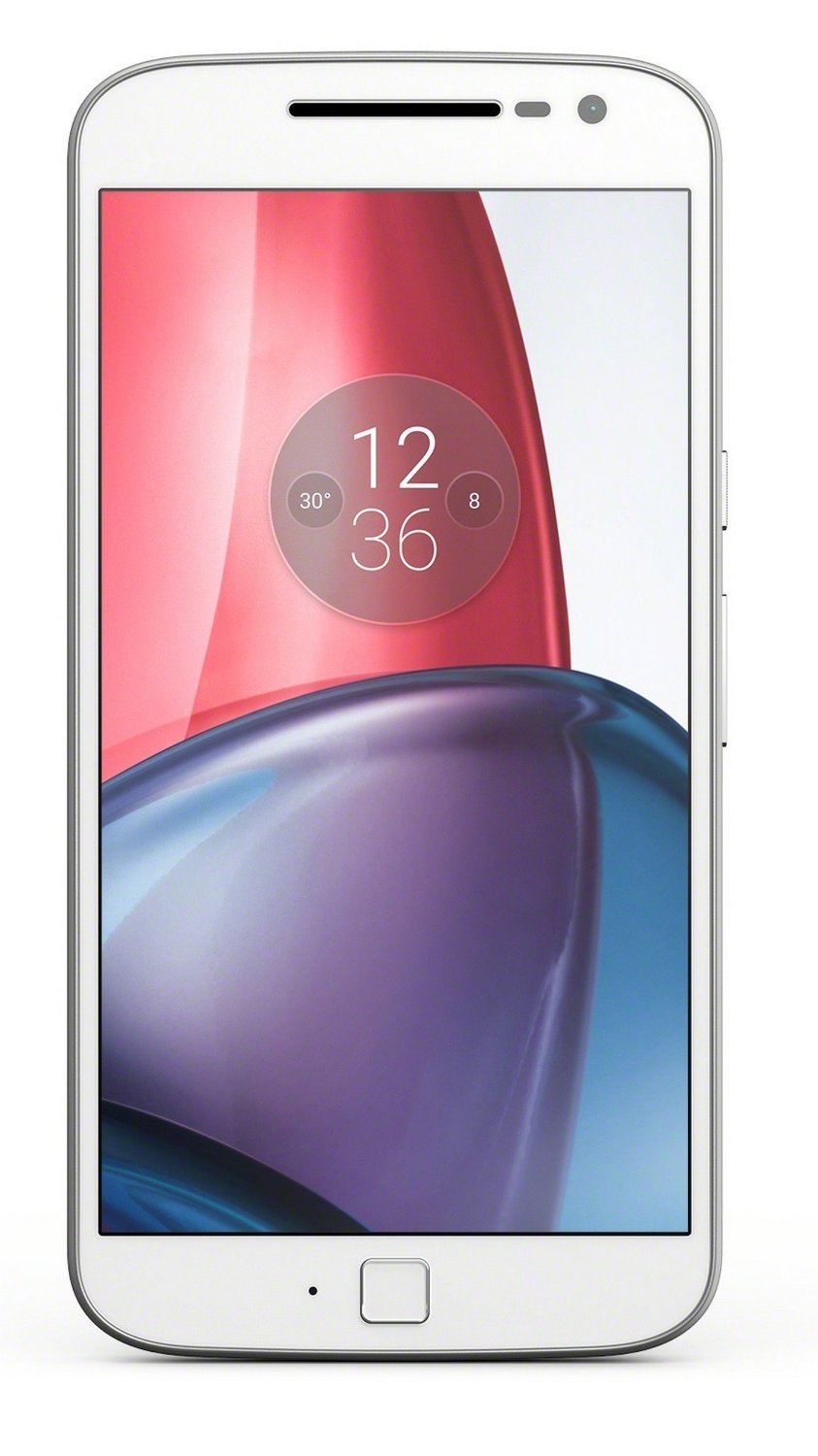 Motorola was able to  pull off a stunning comeback and the major share of its success goes to the Moto G which was a very good performer in the budget segment. Motorola has been thriving since and now has launched its 4th generation of the Moto G series which is the Moto G Plus 4th Gen. It has a 1.5 GHz Qualcomm snapdragon 617 octa-core processor with 550 MHz Adreno 405 GPU, 3GB RAM, 32GB internal memory expandable up to 128GB and a whopping 3000 mAh capacity battery with Turbo charging. And if all this isn’t enough, Motorola has added a Finer-Print sensor to it which responds  quickly and accurately.

It has a 16 MP rear camera with laser focus and 5 MP wide-angle front camera with display flash. It clicks much better images than its predecessor and is one of the best in its segment. At the price of 14,999 Rrs you not only get a very good smartphone with Finger Print sensor but also the trust of Motorola.

Buy Moto G Plus on Amazon.

This is a new smartphone launched by Lenovo which is being sold in a flash sale. It has amazing specs from cyanogen OS, full metal design, 5.5-inch Full HD display, 2.5 GHz snapdragon 801 processor and 3GB of RAM. The Lenovo ZUK Z1 is one of the few smartphones who now have dual 4G sim and stand-by mode. It has 4100 mAh battery which is will easily last you for more than a day.

It has 64 GB of internal storage capacity, so you will not have any problems with low storage. It has a 13 MP sony IMX 214 rear camera and an 8MP for you to capture nice crisp images. It is available only through flash sales and, therefore, you have to register first to buy it.

This is another contender from Lenovo. It is available readily and you don’t have to go through the tedious process of registration and flash sales to buy one. It has a 5-inch IPS display which is good to watch videos and play games. It has 1.7GHz MT6752 octa-core processor, 3GB RAM, 32GB internal memory which can be extended up to 128GB and 2420mAH lithium-polymer battery which lasts longer than normal Li-ion battery. it has 13MP rear camera and ‘Dual selfie camera 8MP + 2MP’ which will give you best possible images in different views.

So if you are a selfie lover nad want to try out the dual-camera technology, if you have this budget then this is the smartphone for you. 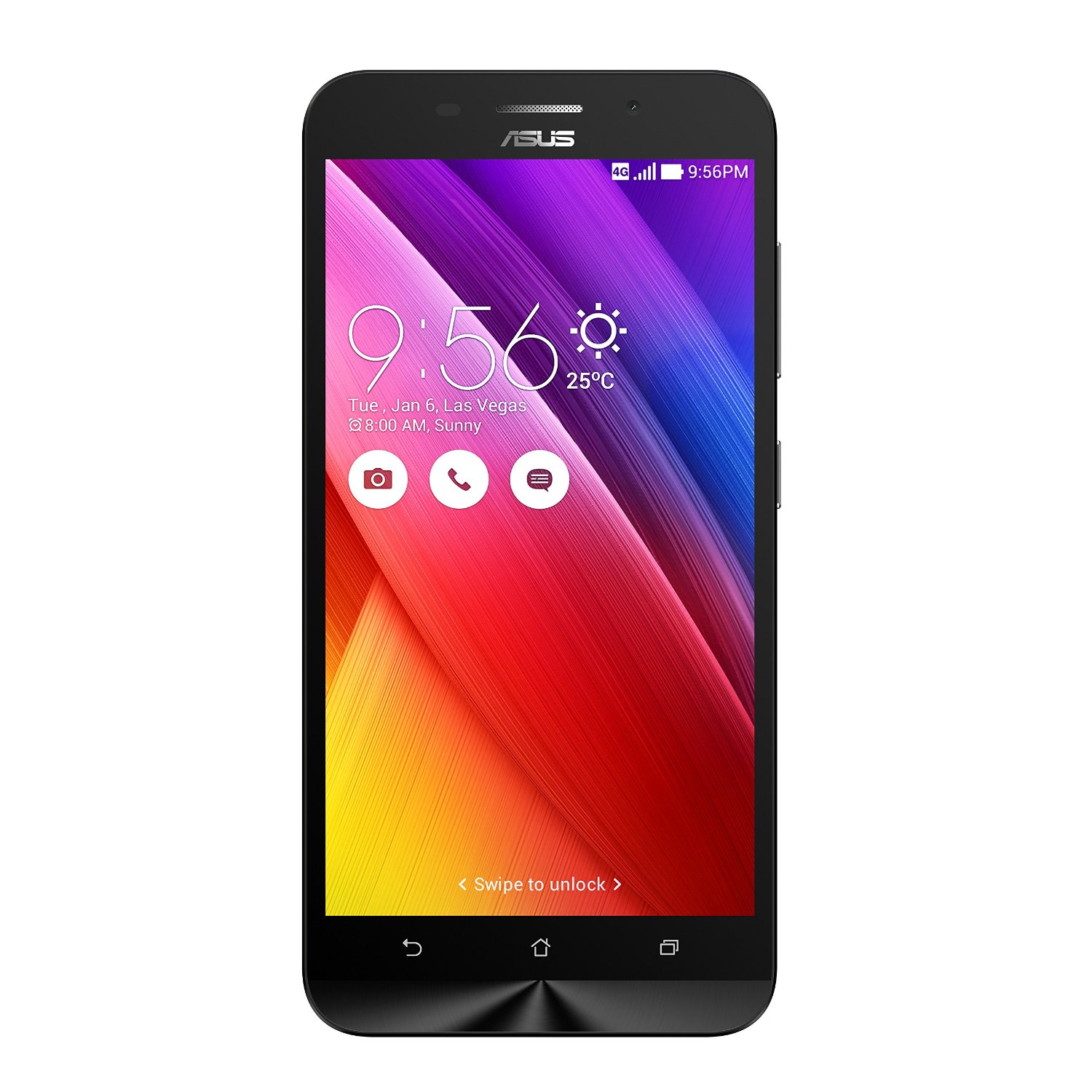 One of the best budget smartphone of its category, the Asus Zenfone 2 Max is a brilliant device. Apart from having the biggest battery capacity of 5000 mAh, it has a 5.5-inch IPS display with 1.5GHz qualcomm snapdragon 615 octa core processor, 3GB RAM and 32GB internal storage that is expandable up to 64GB. Therefore, it is a decent performer at this price point. The battery will last you for 2 days easily on a single charge and you can charge other smartphones using its reverse charging feature too. It has a 13MP rear camera with dual LED flash, laser focus, auto focus and 5MP front camera which captures decent images.

You can see our in-depth review here (Add Link). So if you like to travel a lot and are tired of smartphones requireng frequent charging, then you won’t find a better smartphone than this.

LeEco has been able to sell most of its smartphones through flash sales. It has launched it’s nest gen Le 2 which is filled with exciting new specs and features. It has a snapdragon 652 octa-core processor which is the first of its kind. It has 3GB of RAM, 32GB internal storage, 3000 mAh battery and also a finger print sensor. Its  5.5-inch display is enclosed in an iPhone-like body and design which makes this smartphone very attractive to look at. It is one of the best performer we’ve ever tested. It is one of a kind smartphone having a USB Type-C port and headphones also work through that port using the CDLA technology.

To get this smartphone, you have to register it and then buy it in a flash sale.

Register it on LeMall | Our Review of LeEco Le 2

This is another great smartphone from Asus. The Asus Zenfone 2 Laser sports 5.5-inch IPS display, 1.5 GHz Qualcomm snapdragon 615 octa-core processor, 3GB RAM and 16GB internal storage expandable up to 128GB. It has a big 3000 mAh Li-Polymer battery which is user removable. it has a 13MP rear camera with auto focus, LED flash and 5MP front facing camera for you to click amazing pictures and videos.

At this price point, it is a very good smartphone with decent performance.

Our Review of Zenfone 2 Laser | Buy it on Amazon. 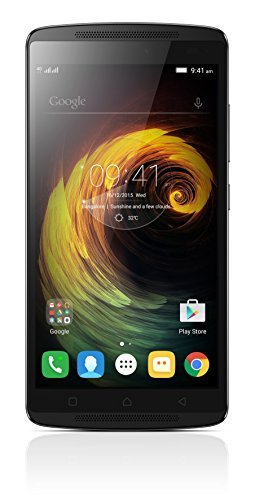 Another Lenovo smartphone which packs the power to perform under its hood but is much cheaper than all. The Lenovo Vibe K4 note is a good performer because it has 1.3 GHz Mediatek 6753 64-bit octa core processor, ARM Mali T720 GPU, 3 GB RAM, 16GB internal storage expandable up to 128GB and 3300mAh Li-ion battery with Fast Charger 2.0. It has a 5.5-inch Full HD IPS display which produces vivid and crisp images and videos.

It has a  13MP rear and 5MP front camera which captures decent images. At such low price, you get an awesome smartphone which will get you through all your tasks as well as gaming too. 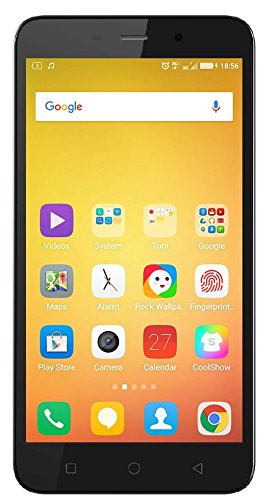 Coolpad is a new company and they have been launching some good smartphones with great specs at very low price. The Coolpad Note 3 has a 1.3GHz Cortex-A53 MT6753 Mediatek octa-core processor, 3GB RAM, 16GB internal storage expandable up to 64GB and 3000 mAh battery. It also has a 13MP primary camera and 5MP front facing camera which captures decent images and videos which is justified to its price point.

If you are looking for a smartphone with 3GB RAM and have a budget of Rs 9,000 then this will be a good buy for you.

So that’s all we can collect the top 10 smartphones under 15,000 with 3GB RAM, and I am quite sure we are just months away from posting our articles about the smartphones with 4 or even 6GB of RAM!

Love exploring the latest technologies and share the best of 'em from my blog articles. At DigitalConqurer.com, I research on various new technologies, test smartphones and laptops, play games and write my experiences with these technologies. Connect with me on twitter @akshaybhosaleDC
Facebook Twitter Youtube
PrevPreviousASUS launches India’s First Exclusive ‘Republic of Gamers’ (ROG) Store In Kolkata
NextBest Budget And Cheap Gaming Laptop – July 2016Next