Apple iOS And The Devices Powered By It [Overview] | Digital Conqueror 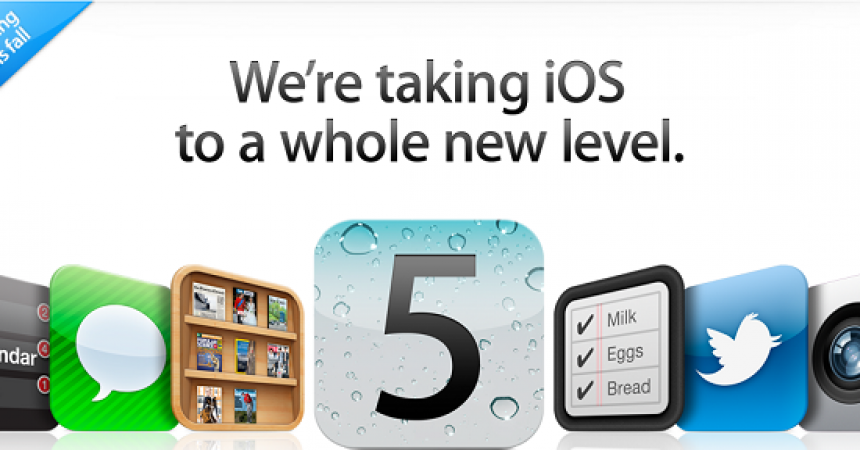 As iOS is spreading to all kind of consumers and most of the people who are not yet much  aware what yet apple products are capable of & the core operating system behind it. So here is a brief overview of powerful Apple iOS & Devices powered by it.

iOS is a shot form for “i Operating System”. It is the workhorse of a range of portable devices produced by Apple. Initially designed and manufactured for being competent with the iPhone, the newer versions of iOS have since been upgraded to support a large number of other Apple manufactured devices as well.

The decision to extend the functionality of iOS to include other portable devices was seen after it was observed by the executives at Apple that the iOS architecture was equally stable and user friendly like the Mac OS from which it derives many of its core working components. Hence instead of designing an entirely new range of operating systems for every portable consumer electronics device launched by Apple, the executives felt it better to extend iOS functionality instead. Thus the newer versions of iOS like iOS 4.3 and upwards including iOS 5 all support a range of devices which can be interconnected with one another to enjoy a seamless entertainment experience.

What are the different devices operating the iOS?

iPhone as many would be familiar with is the phone model which changed the very definition of smartphone. It revolutionized the way people looked at not just smartphones but the concept of the touch and slide feature. Apple Inc. with the iOS powered iPhone has the most advanced and touch responsive OS in the world. No other touch screen software comes close to replicating the ease of use and features of the iPhone.

The category of portable computers known as tablets got a new lease of life with the introduction of the iOS powered Apple iPad. Like every other Apple product on the market, it revolutionized the entire genre of tablet computers. Smaller than a laptop or even a netbook, the tablet is designed for the busy professional or student on the move who likes to keep himself/herself abreast of the latest developments in his field of expertise. The iPad thanks to the iOS powering it is compatible both with the iPhone as well as the MacBook Pros and can run almost the entire library of applications built for each of the respective platforms.

The now ubiquitous iPod was Apple’s first commercially successful venture into the non-computer market and revolutionized the entire portable music player industry. It was simply a sign for things to come. With the latest generation of iPod powered by the iOS, the iPod touch, users get to experience many of the convenient touch features of an iPhone with portability and flexibility which made iPod the de facto preferred music player for millions.

I hope these short overview would be helpful for you to know basics about iOS & its capabilities, But if you still wanted to know anything else don’t forget to ask below in comments. For more such information, product reviews, tutorials & Free gifts – Don’t forget to Subscribe to our free Email newsletter.

iPhone 4S India Launch Will Be On 25th November Confirmed !