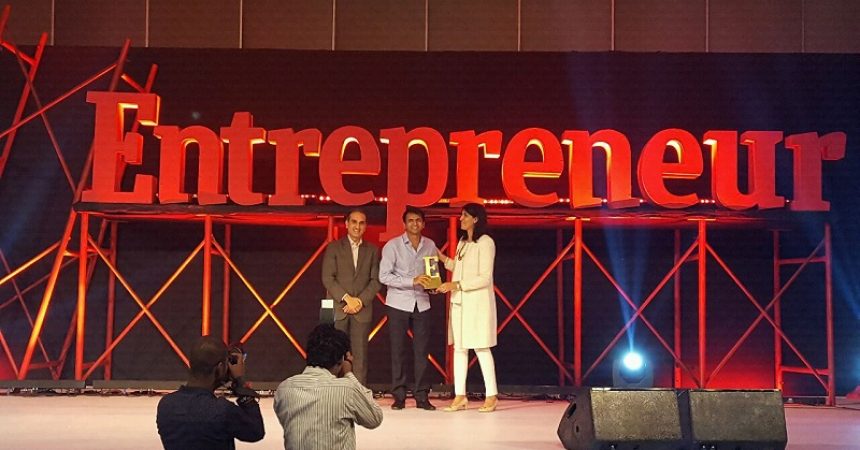 August 24th, 2016: On a Tuesday night of a very busy week, Bhavin Turakhia, the older among the billionaire Turakhia brother duo, was in the capital to attend the prestigious awards ceremony hosted by Entrepreneur Media India. Sixth in the edition, ‘Annual Entrepreneur India Awards 2016’ was held at Pullman Hotel, Aerocity, New Delhi. The awards night felicitated some of the most successful entrepreneurs from various industries like healthcare, medicine, manufacturing and technology among others.

Bhavin’s first award recognized his shining efforts in the space of technology, and he was rightly called upon the stage as the ‘Entrepreneur of the Year in Innovation and Technology’. The second category of events commenced shortly and yet again, Bhavin walked towards the stage to collect one of the most celebrated awards of the evening,‘Serial Entrepreneur of the Year’. Bhavin was handed over the trophy by the Editor in chief at Entrepreneur Media India, Ritu Marya.

On being quizzed upon his sentiments on winning two awards in a night, Bhavin said, “At Directi, we have always believed in creating value with our businesses. We believe that it is our moral value to create an impact that is directly proportional to our potential. This is the principle that all of our 11 successful global businesses are run on.”

As part of his winning speech, Bhavin extended his heartfelt gratitude to all his employees at Directi, his “partner-in-crime” brother, Divyank and his father, who also made it to the ceremony to celebrate his son’s accomplishments.

This news of the dual awards came in a day late from the announcement of a historic Media.net deal of $900 million, signed between the serial entrepreneur brothers and the Chinese consortium led by Zhiyong Zhang, chairman of Beijing Miteno Communication Technology. Founded by Divyank in 2010, Media.net is a completely bootstrapped business and now makes a profit of $232 million. Post the sell-out, Media.net will be integrated with Beijing-based Miteno, and Divyank will continue to run the operations as is.

24th Yiwu Fair to Be Held in Late October