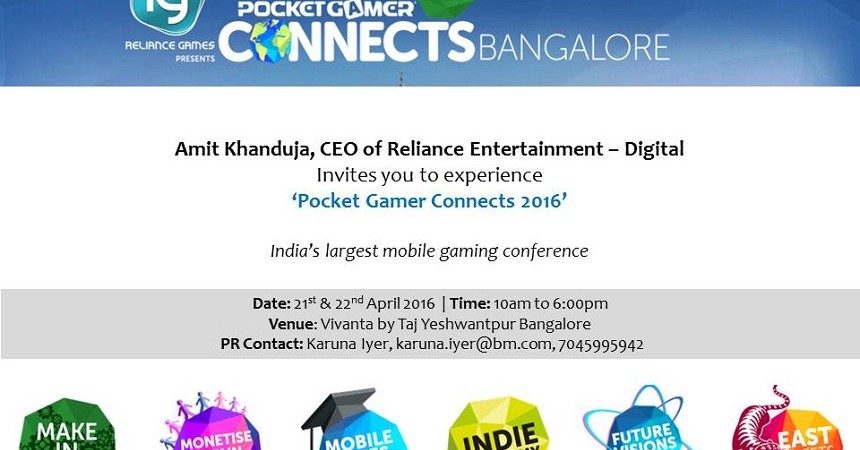 PGConnects Bangalore 2016 will feature bolstered tracks in the form of Make in India; Indie Academy;  Mobile Games University; East Meets West; and Superstar Sessions. Further the competition heats up with the mammoth developer pitching competition,  The Very Big Indie Pitch (VBIP),  wherein top 20 finalists of Reliance Games’s Game Hack pan-India game development competition, chosen from over 100+ developers, will battle it out for the winning the VBIP Grand Prize which includes, $50,000 worth of marketing investments and $15,000 of cash prize to further bolster. Also keep a watch out for the hottest start ups in the Indie Showcase and the upcoming gaming hits from India!

Look forward to your presence there.