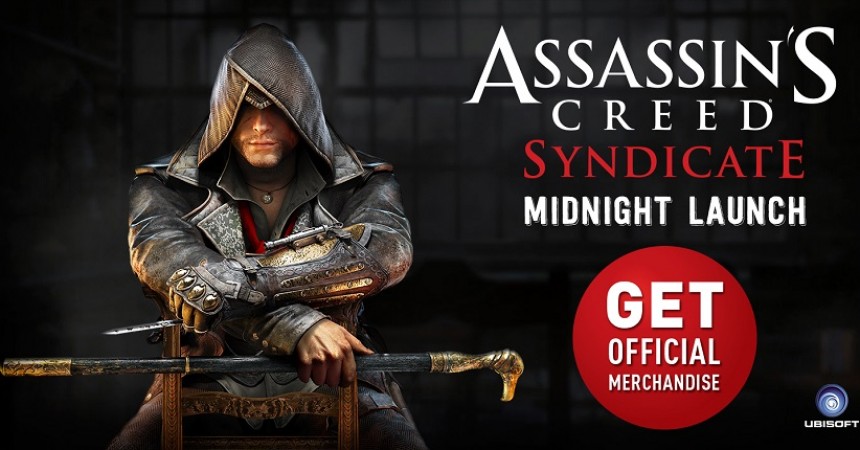 E-xpress Interactive Software Pvt Ltd, a leading game distributor in India announces Midnight Launch for Assassins Creed Syndicate. The Midnight launch will be held not only in Mumbai, but also in other Tier 1 cities of India.

Assassins Creed is one of the most popular blockbuster game series in India with a massive fan base developed over the past years. To further entice fans, e-xpress is bringing the Assassins Creed Syndicate Midnight Launch to 6 cities. The Midnight launch will be held on 22nd October 2015, at 11.PM onwards in the following cities –

Players who will attend the midnight launch will be the lucky ones to get some exclusive take home game merchandise.