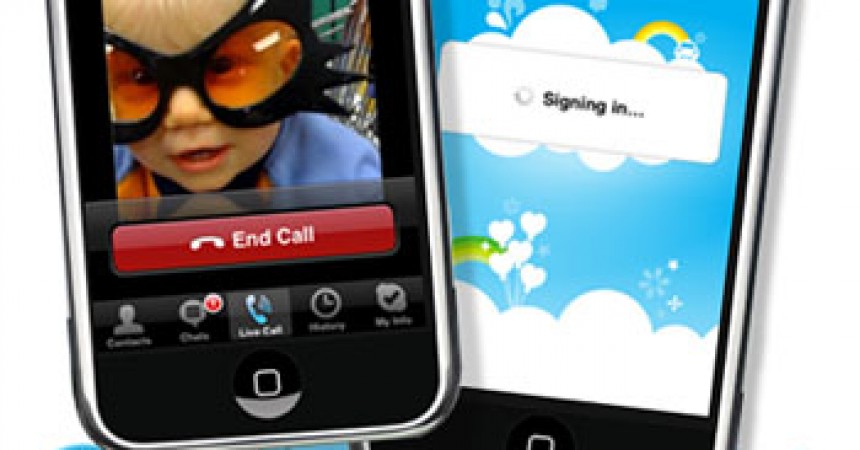 Skype Video Calling On iPhone To Take Over Apple’s Facetime ?

Have you ever imagined many great reasons that if Skype announces their Video Calling feaure for  Apple’s iPhone app, it have tremendous potential to throw back Apple’s Wi Fi Only FaceTime issues ? Well, till now it is just a rumor & it has been disclosed by Engadget’s Article , but it says there are strong chances that Sype will unviel its video calling feature in his iPhone app as well as some other mobile platforms like android.

Apple FaceTime has many issues like – you can call from iPhone 4 to iPhone 4 or New iPod Touch Only. It must have Wi Fi to call and all such restrictions – which makes this feature almost unusable to most of people.

How Skype Video Calling On iPhone Can Take Over Apple’s FaceTime ?

First and very importantly, it can work on 3G as well, which is new generation technology of mobiles and almost everywhere it is available. So you can make video calls on the go.

Second must needed change is you can call to anyone on Skype – like on PC, Mac, Other 3G handset having Skype. Which makes iPhone 4 a must have video calling gadget again.

So these features ca take over Facetime, but yes we are not sure it will deliver the same quality of video that Facetime over Wi Fi is giving. As Wi Fi & 3G have different type of advantage nased on usage.

This app is one of the most wanted for every Apple iPhone 4 users & I guess if Skype shows it off in next CES – this app would be a great hit in iPhone app Market.

How To Sync Twitter Data To Your iOS Device [Tutorial]