A College of Semiconductor Research is Established at NTHU

National Tsing Hua University’s (NTHU) plan to establish a College of Semiconductor Research (CoSR) has been approved by the Ministry of Education and student recruitment will soon follow. President Hocheng Hong said that the institute will be headed by Academician of Academia Sinica Burn J. Lin, whose research in immersion lithography has a major impact on the semiconductor industry worldwide. He added that with Lin’s leadership, combined with NTHU’s strength in technology and interdisciplinary studies, the CoSR will certainly become a major force in semiconductor research.

Dr. Burn J. Lin will be the first dean of the College of Semiconductor Research. (Photo: National Tsing Hua University)

President Hocheng further indicates that NTHU is the only university in greater China that has three Nobel laureates amongst its alumni. Moreover, NTHU has been rated among the top 100 schools worldwide in electrical engineering and computer science, materials science, physics, chemistry, chemical engineering, machinery, and statistics—placing it in an excellent position to turn out graduates with a broad-based creative vision, the basis of cutting-edge research.

Dr. Lin said that domestic universities already turn out plenty graduates for the semiconductor industry in Taiwan, so that the CoSR’s main focus should be on raising the nation’s international competiveness. To realize this vision, Lin wants to cultivate each student into a specialist, generalist, innovator and problem solver. A student first acquires the ability to dig deep in a given field of the semiconductor technology, thus becomes a sought-after specialist. However, the semiconductor technology encompasses too many fields for any individual to comprehend all. He has to work with people of other disciplines as a team. He needs to be proficient in related fields in order to communicate with other specialists, thus, has to be a generalist.

Besides being broad, the technology also progresses at an awesome pace. The specialist/generalist got to be able to solve new problems and be innovative for revolutionary approaches. Only when someone fully proficient in all three aspects will he be able to become a formidable leader in semiconductor research.

During his 22 years at IBM Research in the United States, Lin was credited with many ground-breaking innovations. He joined TSMC in 2000, and in 2002 he began to develop immersion lithography, which has had a tremendous impact on the semiconductor industry. 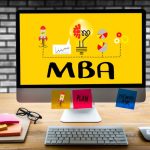 Tech and gaming blogger since 2009. I spend my day exploring what's new tech and its impact on our day-to-day lives. From smartphones to electric cars, AI to EdTech, Business Tech to Gaming Hardware and beyond ... I write news, guides, and reviews on Digital Conqueror.
Facebook Twitter Youtube
PrevPreviousPMI South Asia Collaborates with CII to Create a Future-Ready Workforce of Changemakers
NextAndersen Global Expands Mauritanian Platform with Tax FirmNext