Just a couple of weeks ago, we got our hands on this year’s most awaited game – Just Cause 3. And even our dedicated gaming PC was struggling to run it properly, which is rare. So when Asus notified us that they are sending us a gaming laptop we were quite excited to put it to the test with JC3, which is an ultimate resource hog for any desktop or laptop we tested it on. This is the review of entry level gaming notebook Asus R510JX where we put this beautiful and powerful laptop to test with most popular games, video editing, and animation rendering.

With our first few hours of hands on with Asus R510J, we realized it’s not only a good looking laptop, but has a sturdy design. The piano finished glossy panels on the outer body easily picks up smudges but matte finish around the keyboard makes the good contrast with it. The geometric design in red around the keyboard that follows to the outer body brands it as a ‘gaming device’. 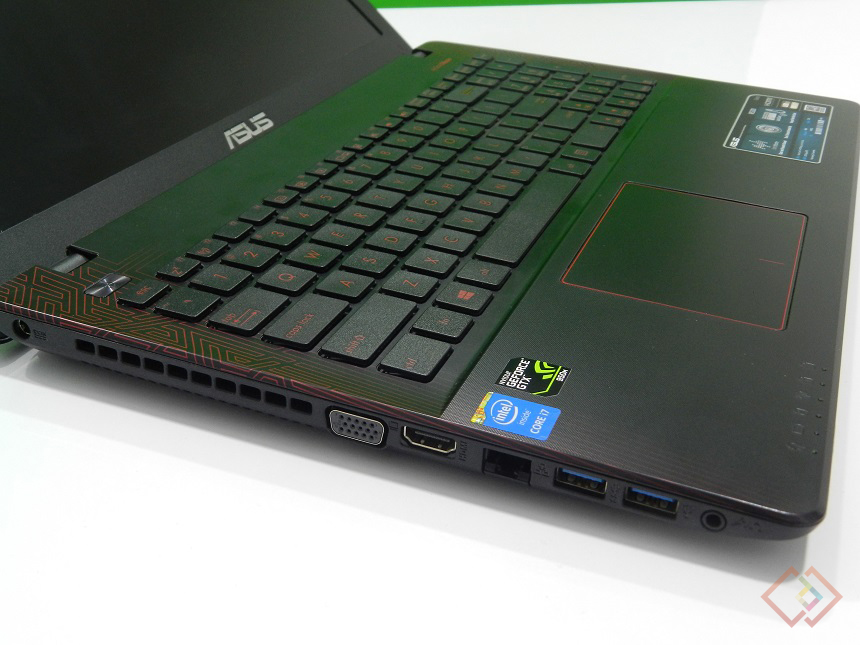 The hinges are smooth & durable and don’t feel squeaky at any point. The keyboard, touchpad and the cooling system is very well designed, and there are no weak spots on the body, which makes the price of this laptop justified.

The cooling fan vent is located on the left side at top corner. The fan is very quiet and does a very good job of keeping the laptop cool. Even for longer gaming sessions, it just got a little warm around G & H keys, which proved the cooling system is very well optimized. The side fans keep throwing hot air for significantly long sessions, but you won’t even feel the 10% of that heat on the keyboard or touchpad.

The USB 3.0 ports are located on the left side along with LAN, HDMI & VGA port and also 3.5mm audio jack. At the right side, we have a USB 2.0 port and a slick DVD drive. there are six LED indicators which keep you in the loop with different ongoing processes of the laptop – Power indicator, Battery, Processor, WiFi, Num lock & Caps Lock key indicators. 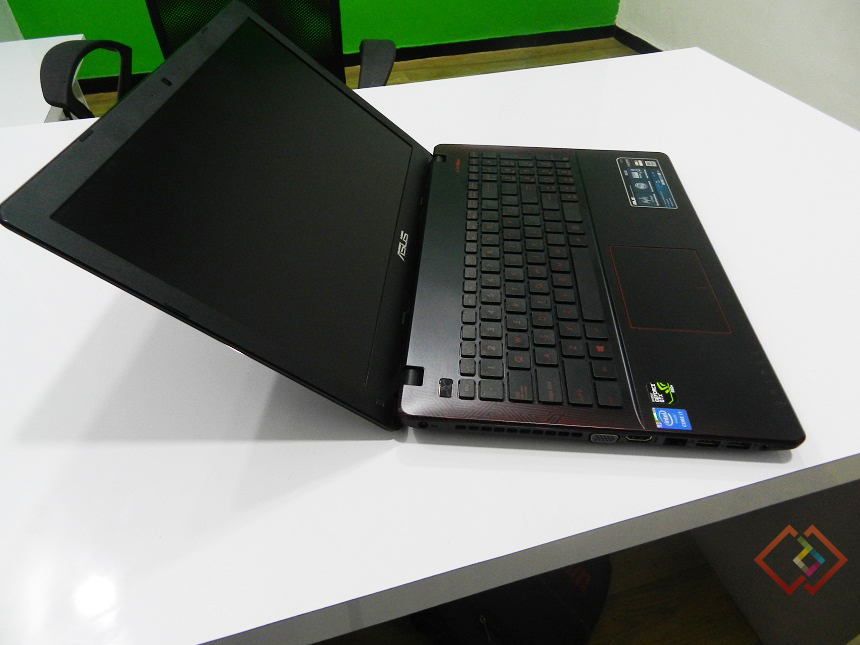 The laptop screen panel doesn’t tilt full 180 degrees, but it can go sufficiently backward for adjusting your sitting position.

Laptop displays haven’t evolved as fast as the smartphone displays have. So, like any other laptops, you will have some complaints with the Asus R510JX too, but first, let’s look at some plus points.

The 15.6-inch display is nice and crisp with good backlight & a soft yellow tint to the screen. Viewing angles are better than other laptop’s we’ve tested so far but still aren’t up to the mark. Color reproduction is very good, making it look awesome from the very front and about 30 degrees of angle from any side. The current generation games look absolutely amazing, thanks to the Full HD 1080P display that can produce vibrant images. 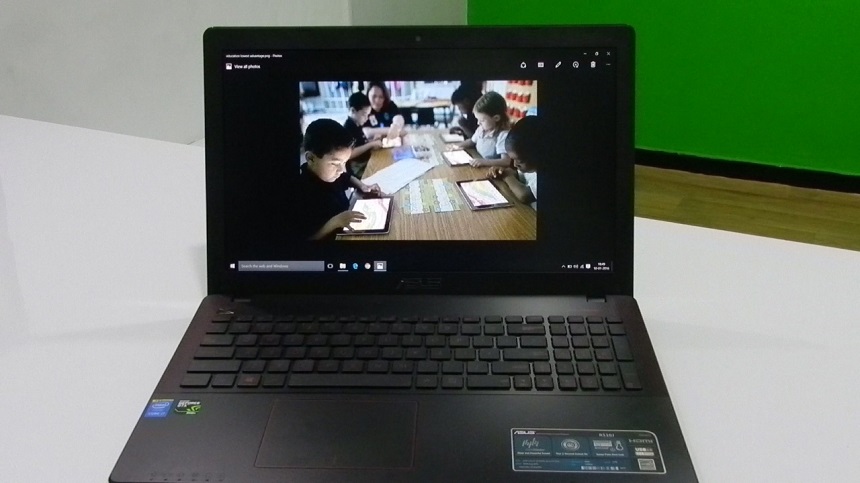 The 1920×1080 display makes it an awesome experience for video editors and animators, as they could see more editing windows at the same time, which is possible with the big resolution.

This gaming notebook is not very thick, but it’s not very slim either. Tagged as a gaming laptop, you can’t expect that kind of performance with slick aesthetics. With a full-size display and keyboard with numeric keys, it’s definitely a little big laptop overall. The touchpad is impressively big and light glossiness makes it fell premium, which is rarely seen in mid-budget laptops. It supports multi-touch and gestures to support the loaded Windows 10 operating system smoothly. 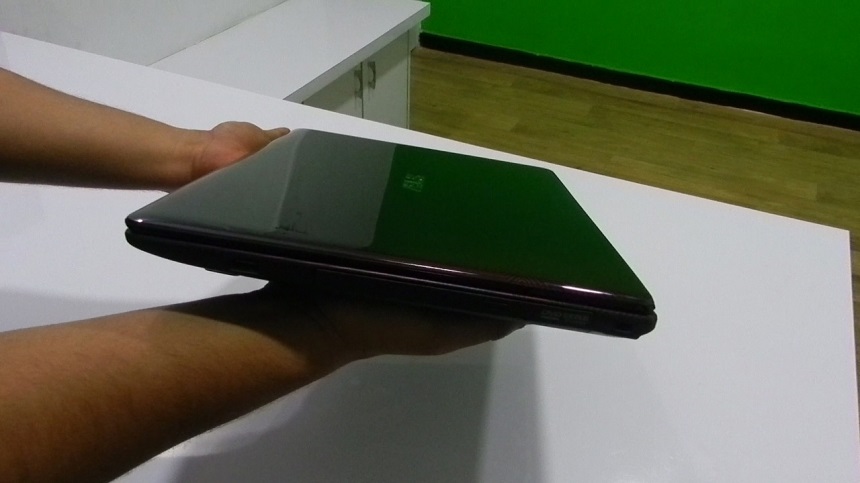 With the red design that follows inside out on the corners of R510, the similarly colored keys and touchpad makes a great contrast with black color, and provides a premium feeling. If the keys were provided with backlight, it would have looked the coolest, but the current design is not disappointing as well.

Asus seems to have decided to replace mid-budget laptops with this gaming one, considering the price at which they are offering a tempting set of specifications. The Asus R510JX laptop is equipped with an Intel Core i7 4720 Processor which clocks up to 2.6 GHz. It has 8 GB DDR3L RAM and whopping 2 GB Nvidia GeForce GTX 950M laptop graphics card. The graphics card may seem mediocre to a few but keep your opinion in a closet till you actually play games on it, cause it will definitely leave you impressed. Sound system with Asus SonicMaster technology is sufficiently loud and provide crisp and clear sound effects, especially while gaming or watching movies. 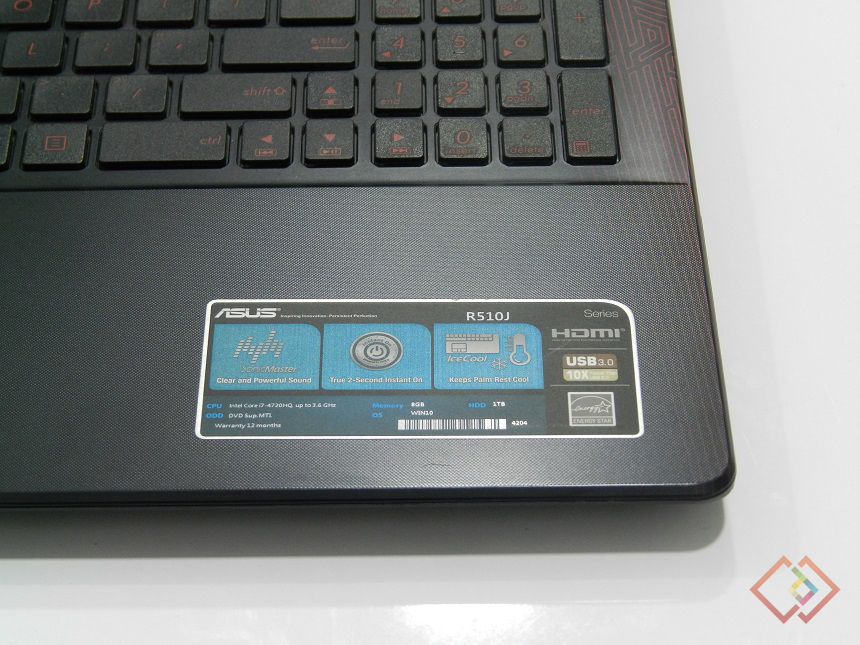 Asus R510J comes with a  1 TB 7200 RPM hard drive, that provides great read and write speeds. As Most of the gaming laptops now come with an additional SSD drive for faster boot times and quick game load timings, the lack of SSD might disappoint many considering the laptop’s price.

As everyone these days have a smartphone for video calling laptop VGA camera is often neglected. So we didn’t have many hopes from the webcam and yes it was poor. Asus did add some tiny upgrades to its software like face detection, video recording @30fps and auto brightness, but the basic camera hardware should have been better for utilizing these features.

Battery life on R510JX is also quite good. Charging time is amazingly less as it goes from 0 to 100% in under 2 hrs. On a regular usage without playing any heavy games, it will last you above 4 and half hours easily. Asus has added a battery saver which starts automatically when your battery reaches 20% and helps in optimizing the performance so that it lasts a bit longer. And when gaming, expect an hour less of battery, which is pretty standard considering the laptop utilizes graphics resources at the highest at this time. So great battery life overall!

As this is a gaming laptop, the only thing that matters is it’s performance while running graphics-intensive games. We pulled up our sleeves and executed the heaviest and resource intensive game- Just Cause 3. We were expecting some lag and we did encounter it. By lowering the resolution from 1080p to 720p, the game ran seamlessly (with 40+ average frames per second) and we had no issues whatsoever which are impressive given that the 950M series is not specially designed for gaming in high definition, at least not for the current generation game. Particularly for Just Cause 3 though, this did take a toll on the battery as it went from 97% to 10% within just over an hour.

The cooling system is phenomenal as there was absolutely no heating issue with the laptop. The left side of the keyboard (below which heat dissipation is done and the fan is located) got slightly warm and the touchpad had almost no signs of warming. Although the desk got heated like anything, the laptop was really cool which left quite an impression on us. Kudos to Asus engineering team, for putting together such efficient gaming system.

We then played other games like Counter-Strike: Global Offensive (at 60+ FPS) and The Witcher 3 (at 45 FPS), and had an amazing gaming experience at 1080P on Asus R510JX laptop. For gaming, this laptop can play most modern games at 720P at 30-45 FPS and some of them at 1080P at just playable frame rates.

The keyboard has a nice tactile feedback which doesn’t put any pressure on your fingers while playing games for prolonged sessions.

For Video rendering, we tried using Adobe Premiere Pro for editing our review videos in 1080P and compared to our Intel Core i3 basic PC, this laptop finished rendering at least 7 times faster. On the other hand, while rendering a 3D animated shot with Maya & Mental Ray, we finished exporting 30 seconds shot under about 4 minutes, which is 600% faster than our PC. With this, we can conclude that R510J is not just a gaming PC, but can deliver an impressively optimized performance for graphics-intensive tasks as well. 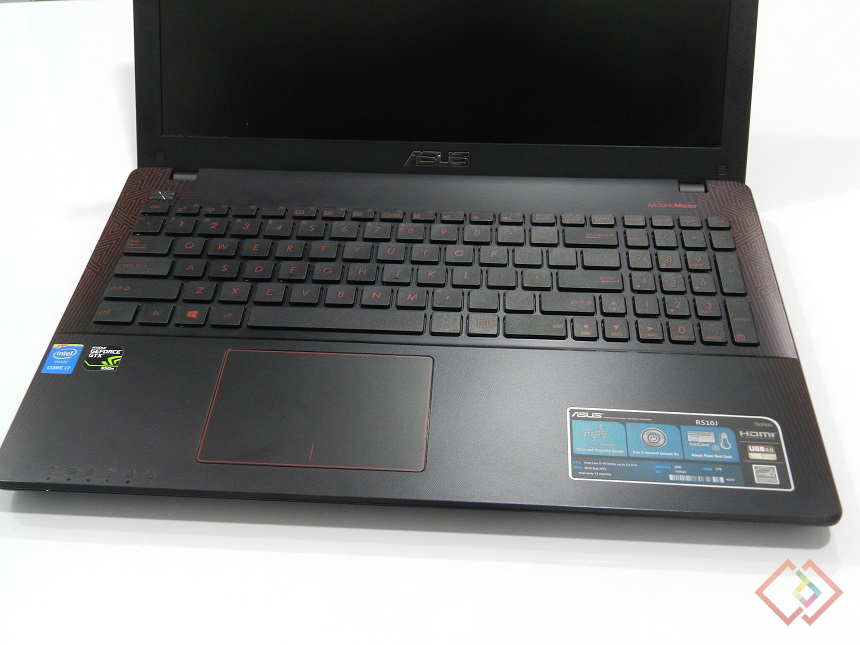 Our Verdict: Should You Buy Asus R510JX?

Price at about Rs.70,000 in India, the Asus R510JX-DM230T is a nice and sturdy laptop for those who like to get started with some serious gaming but don’t have the very high budget for systems like Asus ROG or Dell Alienware. Being a Core i7 build, this laptop is capable of doing all the tasks you can throw at it pretty impressively. Given the build quality and well-designed cooling system, it can easily last 4 to 5 years if used properly.

It’s a definite must-buy at the price. Considering our two weeks of experience with Asus R510JX, we can easily recommend it as value-for-money gaming laptop.

Love exploring the latest technologies and share the best of 'em from my blog articles. At DigitalConqurer.com, I research on various new technologies, test smartphones and laptops, play games and write my experiences with these technologies. Connect with me on twitter @akshaybhosaleDC
Facebook Twitter Youtube
PrevPreviousAsus Zenfone Zoom Specifications
NextCure Your #SameGiftSyndrome With ASUS’ Valentine’s Day OfferNext