When it comes to graphics cards, people are interested in knowing about the clock speed and the number of cores that it has. But the most asked question about graphics cards in 2021 is – “Does VRAM matter?”

VRAM is an important factor to consider as well and here we are going to talk about why VRAM is so important for graphics cards. We are also going to go over how much VRAM you need for gaming at different resolutions.

Why Is VRAM So Important?

VRAM is a special version of Dynamic Random Access Memory (DRAM). The RAM in your PC keeps feeding data to your CPU that is why the more RAM you have the faster your PC is. The same is the case with VRAM as it supplies the information that the graphics card needs to output those frames that you see on the screen when gaming. VRAM is responsible for many different things including but now limited to:

Keep in mind that these are some examples. Behind the scenes, VRAM is doing a lot more. It is better for the graphics cards to pull information from the high-speed VRAM that is on it rather than using the RAM on the motherboard and sharing it with the CPU. The same can be said about the storage devices that you might be using such as SSDs and HDDs. 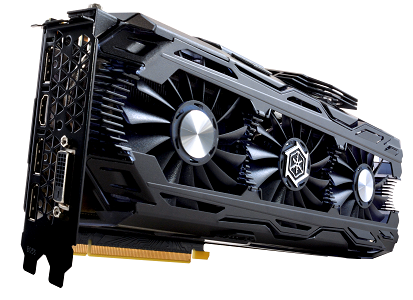 There are multiple factors that can affect the amount of VRAM that a graphics card uses or needs to provide a smooth gaming experience. One of these factors is monitor resolution.

A single frame at 1080p would be 8.3 MB but bump the resolution up to 4K and the same pixel is going to be 33.3 MB. The difference is massive and that is why if you are gaming at a higher resolution then you are going to need a graphics card with more VRAM. Anti-aliasing is another factor that affects VRAM usage. The higher the anti-aliasing that you use, the more pixels need to be smoothened and rendered.

The kind of game that you are playing also has an impact on VRAM usage. For example, Minecraft is not going to use much VRAM even if you are playing it at 4K resolution because it is not a very demanding title. It requires minimal anti-aliasing due to the art style.

Skyrim is another beast entirely especially if you are interested in using the high-quality texture packs. You need more VRAM for anti-aliasing and better textures in this case. Games that are not well optimized use more VRAM. That is another factor that you need to keep in mind.

Another factor that is worth mentioning is multiple graphics cards. People think that using the same graphics cards in SLI or Crossfire will double the VRAM but that is not the case. If you have a GTX 1070 with 8 GB VRAM and you pair it with another GTX 1070 in SLI, you might think that you now have 16 GB of VRAM but that is not true. Effectively, you still have 8GB of VRAM which is the same compared to using a single card.

The same is not true the other way around. If you are playing a game that uses 1400MB of VRAM then using a 1 GB VRAM graphics card will hinder performance. You will experience texture pop-ins, stuttering, and low performance. These are just a few examples. You could face other issues as well.

All things considered, lower VRAM can be an issue but having more does not improve performance. The amount of VRAM that you need depends on different factors like the kind of game that you are playing and the resolution of the monitor. Getting a card with 4-6 GB of RAM is ideal for gaming at 1080p but you will need more VRAM for playing games at 1440p and even more for 4K.

Is 8GB VRAM an overkill?

The latest hardware specifications for video cards recommend 8GB of RAM minimum, but many gamers have found that 4GB are sufficient. Its not an overkill for 2K or 4K gaming at least.Is it bad to use 100% VRAM for gaming?

If your system’s VRAM is less than GPU’s VRAM that’s no problem, but if its higher, then you may have problems such as crashing games or freezing screens. To sumarize, up to or below 100% VRAM is good for gaming.

Tech and gaming blogger since 2009. I spend my day exploring what's new tech and its impact on our day-to-day lives. From smartphones to electric cars, AI to EdTech, Business Tech to Gaming Hardware and beyond ... I write news, guides, and reviews on Digital Conqueror.
Facebook Twitter Youtube
PrevPreviousHow to Find Your Next Favorite Online Casino Games
NextSiberia 350 review – Is it Best Headset for GamingNext