After a stream of AAA titles released by Ubisoft like Assassin’s Creed: Syndicate, Far Cry Primal & Tom Clancy’s The Divison, they’ve recently launched an all new racing game – Trackmania Turbo!This arcade racing game is developed by Nadeo and published by Ubisoft that follows a long list of game series that kickstarted in 2003.  It’s one of those game that carved their own niche of racing games, and exponentially built a loyal fan base since then.

Trackmania breaks the dogma of traditional racing games at many levels. Fans of this game are obviously familiar to that, but the newcomers will find it very different and will take a few lap’s to understand how this game actually works. 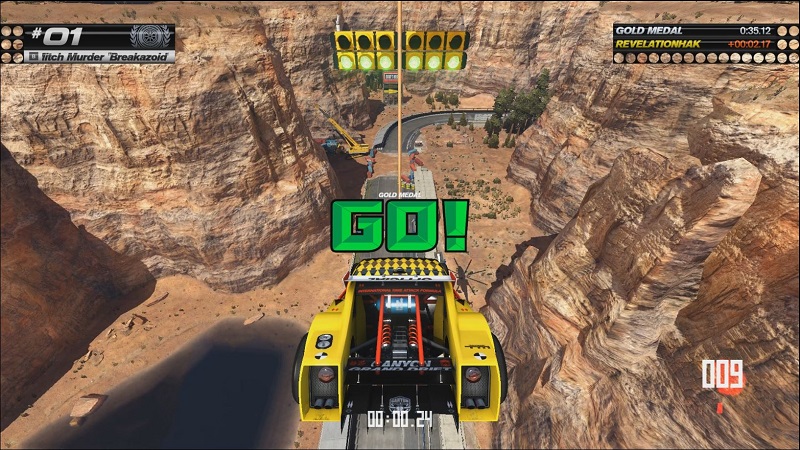 Trackmania Turbo focuses on time trails, therefore, you don’t have any other cars in your competition directly, just their ghosts. You have to beat their time to win the medals. There are parts of tracks which boost your car and unimaginable speeds which can make  you fly about a KM before you land and many objects that come in your way. But once you get familiar with it, Trackmania Turbo is quite fun to play. This game defies laws of physics and, therefore, seems like a crazy one at the very first try. 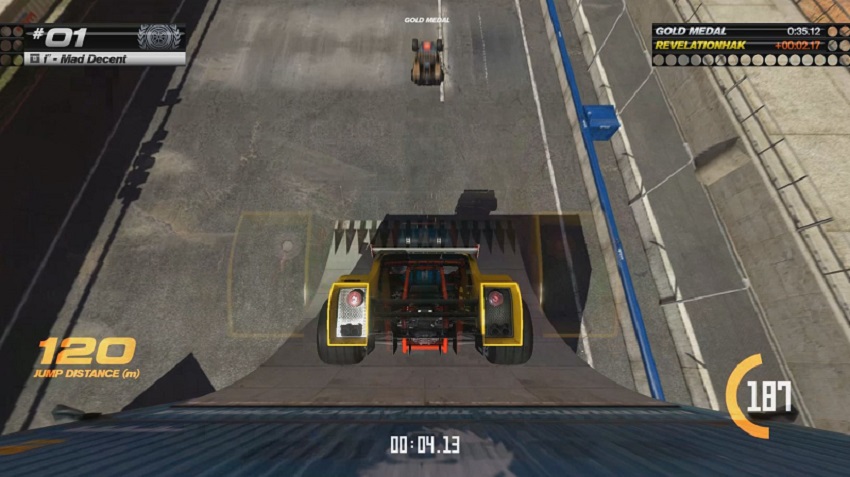 Graphics are very much upgraded since last games and looks vibrant on high-resolution displays.  Look at the cars are aggressively compelling, as the chassis is not covered by traditional bodies. This open design makes you more attached to your cars, as you can now see the roaring engines trying to win you the race. Track details are quite good and overall  much better than its previous siblings. If you compare them with traditional racing games, Turbo’s race tracks aren’t as good as Need For Speed or Forza but are still are quite good and enjoyable.

Special focus is given to multiplayer this time, but it is still in the beta phase, therefore, was not yet available to try. There are still different modes like “double driver” mode in which two players can control the same car, so they really need to sync, to drive the car properly. 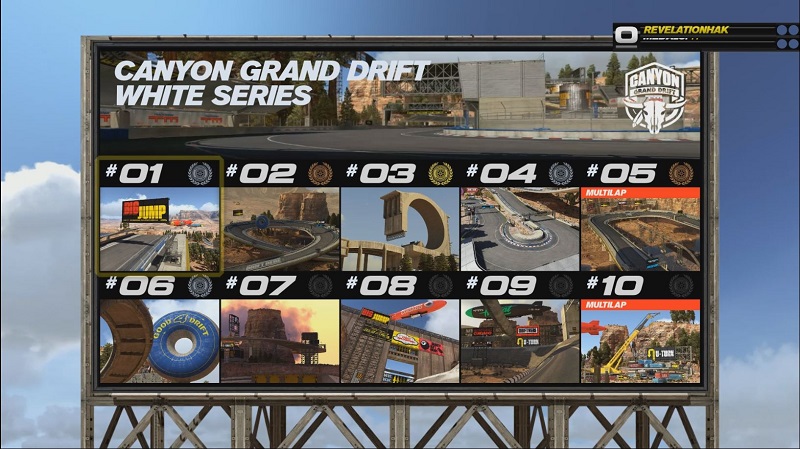 Every time you start your race, you are hanging by a rope from a helicopter, and you are released when countdown finishes and you fall onto a ramp and actually start your race. This is the most interesting way to start your race and is one of the unique experiences you can expect from this game.

Trackmania Turbo also allows you to build your own tracks using Track Builder, this feature is rarely seen in games and was introduced first in Excite Bike video game couple of decades ago. You can build your own tracks and also share it with your friends or online players, so it opens up a whole new level of racing experiences and challenges, which I am personally fascinated with. 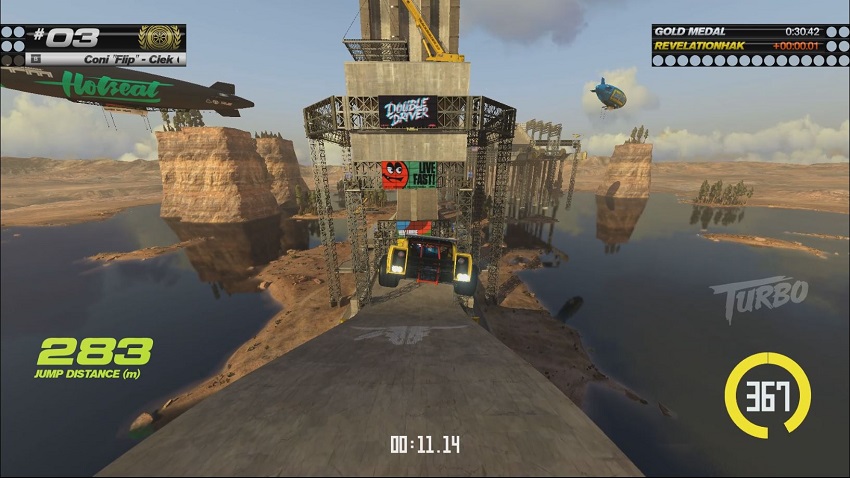 There is nothing much to play along with your car as there are no upgrading tools provided to make your car better. You can only change the color and make of the car. When you try to break a record and fail every time, then you might miss the upgrading tool which most of the other racing games offer, but instead of upgrading your car, master your skills of driving and you will get through.

With over 200 tracks,  5 action packed level and one of kind racing track builder tool that will churn up your creativity to build immersive racing experience Trackmania Turbo grows into an engaging experience that you would stick around for a long time. This is a racing game that takes you away from the likes of traditional racing, their insane tracks and offers the pure form of what you can only say as ‘crazy action’. You take turns and jumps that are superficial, keep your driving more enjoyable, and on the top of  all this some law-defying moves you can perform will take away offers much-needed relaxation after a long stressful day at work. Something very few games of recent times try, as they are most focussed on realistic graphics and storytelling.

With addictive gaming style for every racing fan, and simple controls, there is hardly anything more you can expect from this unique racing game. . If multiplayer gaming turns out as good as the offline mode then it would be one of the best racing games to play in 2016. Make sure you subscribe to us or join us on twitter, as I am planning to do the multiplayer review as soon as it releases.

Love exploring the latest technologies and share the best of 'em from my blog articles. At DigitalConqurer.com, I research on various new technologies, test smartphones and laptops, play games and write my experiences with these technologies. Connect with me on twitter @akshaybhosaleDC
Facebook Twitter Youtube
PrevPreviousBattleborn® Game Features Explained
NextTom Clancy’s The Division ReviewNext