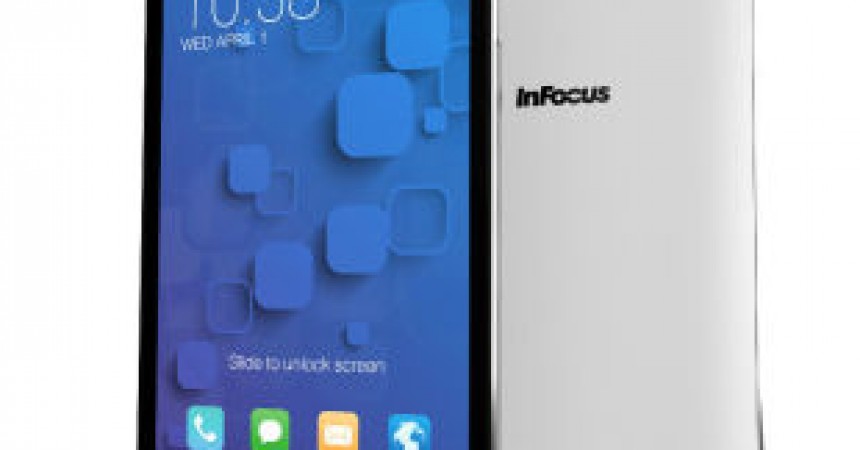 Limited Edition Variant Of InFocus M330 Will Go On Sale On Snapdeal.com Today at 12pm

US-based smartphone maker InFocus has bought a limited edition variant of InFocus M330 which is black in colour and will go on sale on snapdeal.com today. The sale will begin at 12pm and users who have pre-registered for this sale will hold a better chance of buying this phone. All the users waiting to buy InFocus phones are advised to make their purchase as soon as the sale starts as InFocus phones are sold out in very short period of time.

“The Indian consumers have truly surprised us in terms of demand of InFocus smartphones. When we entered the market, we did not want to do flash sales model and wanted to make the phones available very easily. But with the unprecedent response we have received, it is becoming difficult for us to keep supply and demand in balance. Our sale shifted to flash sales model as everytime we are bringing new phones, they get sold out in 12 to 24 hours,” said Sachin Thapar, Country Manager, InFocus Mobiles.

“In this exclusive sale, we have also bought a limited edition variant of InFocus M330 which is black in colour. The back panel of this variant gives additional premium look to the smartphone,” he added. The phablet is powered by a 1.7GHz octa-core MediaTek MT6592 processor, coupled with Mali-450 GPU and 2GB of RAM. The InFocus M330 sports a 13-megapixel front and a 8-megapixel rear camera. It comes with 16GB of built-in storage and is expandable via microSD card (up to 64GB).

Connectivity options on the InFocus M330 include 3G, Bluetooth, Wi-Fi, GPS/ A-GPS, and USB OTG connectivity. The smartphone packs a 3100mAh Li-Po battery, which according to Snapdeal listing can deliver up to 18 hours of talk time and up to 550 hours of standby time. The handset measures 153.4×78.1×9.3mm and weighs 167 grams.

Last month, the InFocus M2 was launched at Rs. 4,990 exclusively on Snapdeal. The InFocus M2 features the firm’s InLife UI on top of Android 4.4 KitKat. The handset comes with dual-SIM support (both Micro-SIMs) and is powered by a 1.3GHz quad-core MediaTek MT6582 processor coupled with 1GB of RAM. It features 8GB of built-in storage and is expandable via microSD card (up to 64GB). The highlight of the InFocus M2 smartphone is it sports 8-megapixel front and rear cameras.