Remember when the first iPhone came out? or Kindle? or even just recently announced Tesla power well? – These innovation made us go ‘Shut up and Take My Money’, and most of these are now the integral part of our lives.  And as of today, we read stories like ‘tech startups being venture funded, or small gadgets (like this kick-ass travel jacket), getting funded over the Kickstarter over a million dollars’, its easy to miss out some amazing technologies. As most of such geeky gadgets are developed for the niche audience, its also hard to find something useful for the masses.

Following are some of the top gadgets we found in 2015, that will re-trigger that ‘Shut up and Take my Money’ thought once again.

Be it a smartphone, tablet of the laptop, we run out of battery most of the times, while travelling. We either travel mostly for the office related work, or some of us love being adventurous, and spend days and weeks away from home, roaming and exploring new landscapes, cities and cultures.

To sum up, ‘Frequent travelling = Out of Battery’

Understanding this problem, the geeks at AMPL labs decided to eliminate this headache forever, with the traveler’s most favorite gear – ‘The Amazing Bagpack’. It’s not what they called it though, they named it – AMPL Smartbag!

This smart bag comes with built-in batteries, also called ‘Smart Batteries’, which are similar to your power packs that charge your devices. But don’t make a mistake of comparing  Smart Bag with the regular power packs. AMPL Smartbag comes with the batteries, that have much more capacity than traditional power packs, and are neatly fitted as well.

There are no different wires to charge the battery located in different compartments, just one cable does all the charging. Even with just a 1.5hrs of charging this bag, you can charge 2 smartphones and still have some battery backup left. 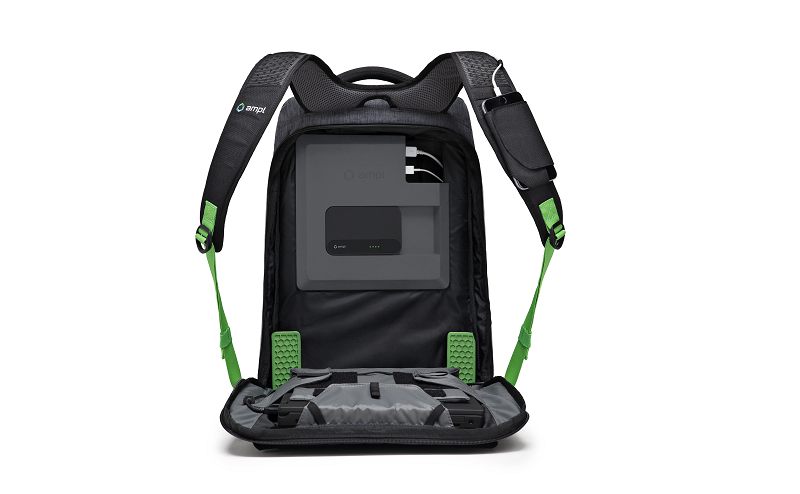 There are many pockets in this bag made perfectly to fit in your laptop, smartphones, tablets etc. and each of this pockets comes with the USB port,  which can be then connected to the devices needs charging as you travel. What makes this even a great choice, is you can add more smart batteries to this bag, if you need more power!

With shock absorbing sole, extra padding, internal damper to the bag and water-resistant fabric used in constructing this bag, safety of your devices is pretty much guaranteed. It has Bluetooth 4.0 technology and allows you to monitor and control the charging process from its built-in OLED touch enabled display. You can also use your smartphone for the similar functionality using the official app. The app displays charging progress, which devices need more time, and alerts you in case you forget it somewhere. 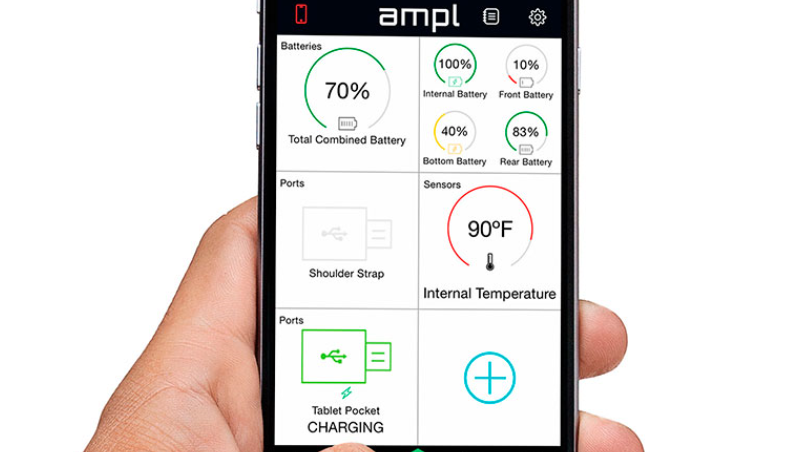 The AMPL smart bag has already received the prestigious CES 2015 innovation awards, its estimated to be available from this October, offering a total of 29 liters of (smart) storage capacity. It costs $239 for the cheapest variant, and up to $459 for the fully loaded one.

I am pretty sure, this bag will make you the ultimate travelling ninja, but if you aren’t convinced just yet, check out this preview of this cool Smart Bag.

From the highly evolved smartphone cameras of today to DSLRs or even the VR cameras, here comes an innovative, bold and quite exciting 360-view camera – The Bublcam baseball-sized camera that uses 360-degree image capture technology, developed by the founder of Buble Technology, Sean Ramsay.

With the vision to capturing your life’s most beautiful moments from all the angle’s possible, Sean has innovated this technology, that you would want to get hold of. Bublcam isn’t going to replace traditional point-and-shoot cameras any time soon, but its good to see such innovating ideas developing into actual products.

Bublcam takes both pictures and video in a spherical range i.e. from the sky to the ground, which creates an experience for photographers who feel constrained by panoramic shots. Picture detail is awesome and watching the video in a computer just re-creates the actual moment which is simply amazing.

At $799, it sure is a pricey bite of tech, but Ramsay hopes to get this price down to about $499 to make it more appealing to every camera enthusiasts out there.

Interested in looking at the 360 degree video by Bublcam? – Here you go . . . ( And don’t forget to play with that 360-degree navigation button in top left corner)

The very first of the music players which were most famous world-wide, that also reflected your stature and reputation back in the days were  – ‘The Gramophones’. Back in the 20th century, there was quite a craze among the rich people about Gramophone and it was considered an honor having one of these in your home. But as the years passed by, even the popular technology as Gramophones became obsolete and the big black discs called the Vinyl Records also became useless.

But there are still lot of people who have these Gramophones or even more people who just owns Vinyl Records as the antiques. Well, its time to clean those records, as the new generation Vinyl Record player is here. 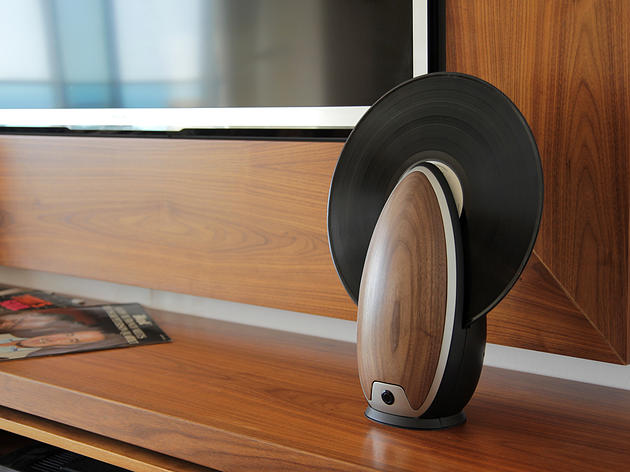 Roy Harpaz, an Israel-based designer has developed this amazingly cool looking player, which plays the Vinyls with great sound. Unlike the original gramophone, this payer runs them spinning vertically, compared to original horizontal spin. The design is retro but the functionalities are futuristic that allows users to skip tracks and listen to their favorite tracks by finding different points in a song. 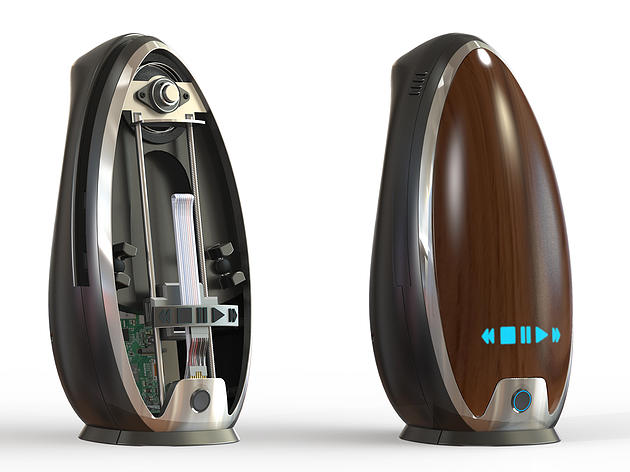 So, this device is literally a treat to all those people who love this form of music and pre-owns some Vinyl Records. Even though, this is still a part of Industrial Designer’s project, its popularity on internet might get it enough traction, to go in production.

So, these are the three 3 gadgets, we thought would make you go Shut-up and Take My Money! I am planning to add a few more gadgets in this article, so do let us know your thoughts and suggestions in following comments section.

Love exploring the latest technologies and share the best of 'em from my blog articles. At DigitalConqurer.com, I research on various new technologies, test smartphones and laptops, play games and write my experiences with these technologies. Connect with me on twitter @akshaybhosaleDC
Facebook Twitter Youtube
PrevPreviousLenovo K3 Note Hands-on Review: Lightweight Performer Under Rs.10000
NextMindtree Named Amongst The Top 10 Outsourcing Service Providers in USA and EMEA by ISGNext