The gaming industry is raking in millions nowadays. Lots of new titles come out on an ongoing basis to impress millions of people and become their favorites. There is nothing to restrict our imagination when it comes to gaming. No wonder a good many developers set their sights exactly on game development. You also may find yourself eager to enter this lucrative niche at some point and design something mind-blowing, something capable of enchanting hundreds of millions of sophisticated gamers from all around the world.  But you still need to figure out what tools to rely on to be able to do so. In today’s article, we’ve collected several of the best programming languages that are rightly considered the best for developing games.

The first language that is worth mentioning on today’s list is C#. This powerful tool has a wide range of applications and is especially popular in game development. The reason so many programmers choose C# is quite evident. It’s easier to learn than, say, C++, another extremely popular language we’re going to speak about later. Beginner coders often decide to master the given language as their first one to get their feet wet and acquire the skills that will come in handy in the future projects.

C# can be an excellent choice if you want to develop a game for the Windows platform. C# relies on the XNA framework, which allows you to create Windows games for free. You can also use the set of its cross-platform managed libraries to develop titles targeting the Xbox platform.

One more reason to choose C# is that it is integral to game engines like Xamarine and Unity. (To learn more about the benefits of Unite, follow this link https://cutt.ly/PhEbpoa)

C# is also quite a versatile tool. It can be the best bet for making games on a variety of platforms, including PS, iOS, Android, and Windows, of course.

You may like or totally reject this truly legendary language, but it’s really indispensable when it comes to creating robust and eye-catching game projects. You can use the language in question with CSS. It also naturally works with HTML, meaning you can create browser games so liked by mobile users.

JavaScript boasts tons of frameworks that can suit your individual programming needs. It also can be used across the web development stack, which means it’s equally suitable for both front-end and backend development.

Just like its C# counterpart, JavaScript has proved to be very versatile due to its wide variety of available libraries. Thus, it can be used on desktop machines, mobile platforms like Android and iOS, and hardware.

Its popularity made JavaScript an easy language to learn. With the abundance of various tutorials and immense support from the JavaScript community, you can master this language relatively fast, provided you have some experience in coding and IT techs.  JavaScript can also be used for scripting with Unity3D.

As we’ve promised, we’re going to take a closer look at C++, the programming language famed for its impressive running time. It’s capable of running on both a small and large scale of data. This language also has a portability feature, which allows running the same game on multiple platforms and interfaces with ease. C++ can be used on Xbox and PlayStation, which is why many game developers pick exactly this language.

If you opt for C++, you’ll be able to give your users greater control over graphics, hardware, and memory management. Knowing C++ will dramatically boost your chances of success within the game industry. That being said, C++ is considered one of the most difficult programming languages. It also has a high entry barrier. But its vast community is always there to help you. There are plenty of online courses and tutorials, both free and paid, that can help you get a good grip of this popular language.

If you’re looking for a robust and highly adaptable tool wherewith you can develop a nice game, consider using Python. As its very name suggests, Python is quite powerful. What’s more, it can be used to develop a huge variety of applications. With Python, you won’t need to tinker with prototyping your games. Its Pygame framework will help you do it quickly and effortlessly.

Python doesn’t have a high entry barrier and is believed to be relatively easy to learn. And its vibrant support community can help you with that.

Should you decide to go native and require an efficient tool to build an Apple application, you may find Swift quite a handy option. Created and backed up by Apple, it remains one of the most robust, versatile, wieldy, easy-to-learn, and very quick tools in the market. Swift is safer and more powerful than most of its cross-platform counterparts. It’s ideal for OS, macOS, watchOS, tvOS, and Linux apps.

There is also Apple’s SceneKit and SpriteKit at your disposal. You can employ them to translate your game ideas into real-life projects. That being said, you should note that these tools are restricted to using Apple hardware.

Hope our list of the most popular programming languages will help you unleash your imagination and create another hit title that will rock the gaming market. 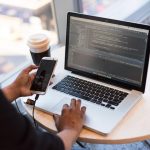 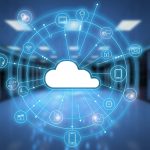 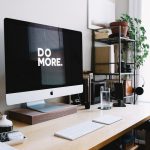 6 Actionable Tips to Lower the Bounce Rate on Your Website

Tech and gaming blogger since 2009. I spend my day exploring what's new tech and its impact on our day-to-day lives. From smartphones to electric cars, AI to EdTech, Business Tech to Gaming Hardware and beyond ... I write news, guides, and reviews on Digital Conqueror.
Facebook Twitter Youtube
PrevPreviousHow to Choose the Best Laptop for Your Magento eCommerce Site
Next5 Crucial Roles In The Development Of A GameNext