What You Need To Know Before Moving To South Carolina

If you plan to move to the 23rd most populous state with its 5 million residents, you should know several things before moving to South Carolina.

South Carolina, also known as the Palmetto State, mainly due to its abundance of palm trees swaying serenely through its beaches, is the perfect vacation destination.

However, there is more to it than meets the eye. With its rich culture, warm hospitality, acclaimed golf courses, and incredible subtropical beaches, South Carolina has become one of the most sought-after states to live in. From young people looking to begin their lives to senior citizens seeking to spend the rest of their days in a serene environment, South Carolina is the most desirable and perfect choice.

With a population of 17,844, this Greenville suburb is known for its friendly community, amazing weather, and beautifully designed homes.

Additionally, Five Forks is also considered a great place to raise children. Top public and private schools provide quality education, and kids can engage in activities after school at their well-kept parks, clean neighborhoods, and a safe environment.

Myrtle Beach is the most prominent tourist destination in South Carolina. From its 60 miles of beautiful coastline, its fine-dining restaurants and bars lining the streets, its stunning sunrises and sunsets, to its lush natural attractions make Myrtle Beach one of the most affordable areas to live in.

Living in Myrtle Beach has attracted young people for its happening scene, but it has also become a retirement retreat for senior citizens seeking peace and tranquillity.

If you want to experience the warm Southern hospitality, Charleston is the place for you. The welcoming community in Charleston will make your stay memorable and easy to adapt as a newcomer.

Moreover, their local cuisines and their unique culture are something that will leave a fine print in your heart – an experience you’ll never forget.

Irmo is a lively place to raise a family. The place has several schools and universities, making education affordable and accessible. Its bustling economy has provided the city with numerous job and business opportunities along with outdoor activities to relax during the weekends.

Downtown Irmo has numerous restaurants and bars for you to drop in and enjoy the best nightlife that the city provides. Trip to beaches and mountains are in close range from the City Centre, so bring out the swimsuits or your hiking gear and go for an adventure.

The largest city in western South Carolina and home to the University of Carolina, Aiken has a rapidly growing education system that has been known to be among the best. With its low crime rate, this state is the perfect place for raising a family.

The city of Aiken is internationally renowned for horse racing events. It is also home to the Thoroughbred Racing Hall of Fame and museum, which forms part of its identity. So, if horses are your thing, Aiken city is the place for you. 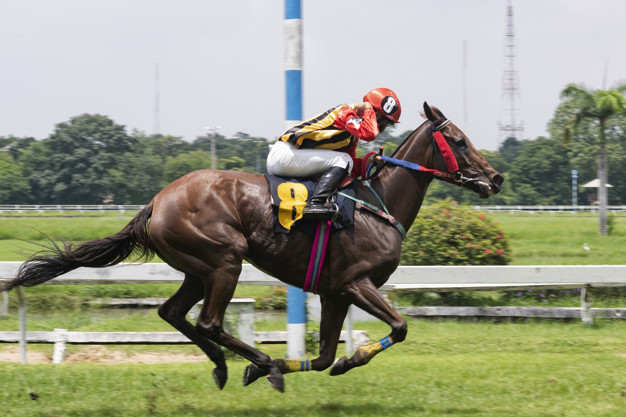 Also known as the Hub City, Spartanburg is perfectly positioned for work and play due to its close proximity to beautiful mountains, white, sandy beaches, and the Eastern seaboard. Home to several international companies such as Adidas, BMW, Michelin, and many more, Spartanburg has become a city with numerous employment opportunities.

Spartanburg’s education system is said to be among the best – making it a great place to raise a family.

Biking races are common here as it is a primary sport for the people living in the city. Therefore, during weekends, you can enjoy biking around the block or watch the spectacular races and be a part of them.

Pros and Cons Of Living In South Carolina

No matter where you move, it is important to take a look at their tax rates. Therefore, before moving off to South Carolina, consider the tax rates of the state.

If you are considering purchasing a home in South Carolina, property prices are very affordable. The median home value depends on the city you choose to live in. For instance, Charleston demands a median home value of $316,000. However, in some cities, it is, on average, $150,000.

As for renting, your median rental expense stands at $1300. Overall, buying a house would be a cheaper option if you choose the right location and neighborhood. 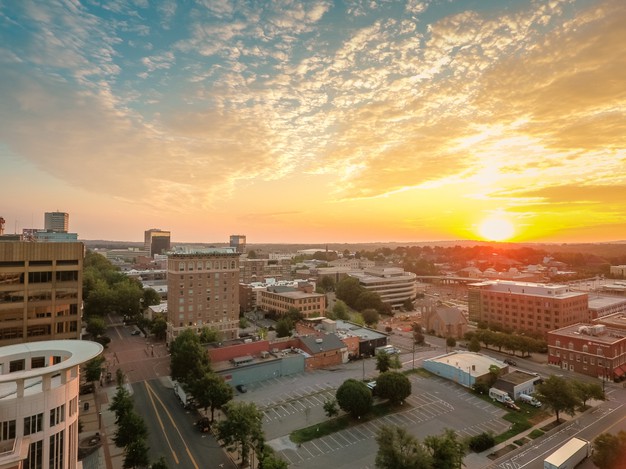 The lower cost of housing is attracting many people from out of state to settle in South Carolina. Settling away from the cities can be a good option as house prices will rise in a few years.

Cost Of Living In South Carolina

Overall, the cost of living in South Carolina is relatively low, and it also depends on the lifestyle you’d like to keep. Food costs and healthcare facilities are also affordable, depending on the location.

However, if you live on the upper side of the state, utilities and healthcare costs are higher than the national average, especially during hot summers.

When it comes to transportation, South Carolina is relatively cheap. The national average price for gas is $2.55 per gallon. However, the average cost of gas in the state starts from $2.20 per gallon. This makes it easier on your wallet to fuel up your car and move around the state.

Due to an increase in population in this state, traffic has become congested and insane, just like in major cities as most people prefer living in urban and suburban areas. However, don’t let the slow-paced traffic scare you. The traffic is bad just during peak hours; otherwise, it flows smoothly during off-peak hours.

South Carolina is one of the fastest-growing economies due to its increasing popularity. Its economy ranks 16th in the nation, where the ranking is based on three main categories:

Tourism is the highest contributor to the growing economy as many people spend their vacation under warm weather on long beaches.

Contributing to the state’s economic growth, renowned outlets have their headquarters located in South Carolina. Several industries reside in the city, making the state known as the Hub City for manufacturers. Top industries include Aerospace, Agribusiness, Automotive, and many more. And top employers include Cryovac, Michelin, Sonoco, and so on.

As mentioned before, the weather in South Carolina is warm and sunny during summers, and winters are mild. However, natural disasters can occur anywhere on the planet, and South Carolina is no exception. Hurricanes, tornadoes, earthquakes, floods, wildfires, and so on can hit no matter where you reside. South Carolina can be prone to natural disasters being on the coast of the Atlantic. Therefore, it is only sensible that you prepare for it by having a disaster plan for you and your home which will help you stay safe.

South Carolina, or the Palmetto State, has so much to offer in terms of serene nature, long beaches, rich history, and vibrant culture.

Moving from one place to another can be overwhelming and costly too. Along with housing prices and the cost of living in South Carolina, you also need to factor in your moving costs as they don’t come cheap. Therefore, before packing up boxes, make sure you know everything about the state, how you’ll be moving, where you’ll be staying, food and transport costs, etc., so you can prepare a budget and make an informed decision.

Education, employment opportunities, and new business ventures are all plentiful in South Carolina, so you won’t have a problem moving there and finding your opportunity. For your new business to achieve a position in the market, you should ensure your business keeps up with advancing technology.

South Carolina is a place of adventure if you know where to look. From seafood cuisines to the colorful and vibrant nightlife, this state has so many fun things to do that you’ll never be bored. The people here love sports which include polo, horse racing, biking and much more. The vast community is filled with warm friendly people from diverse cultures. What more could you ask for? 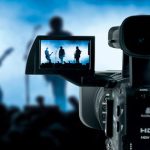 6 Things to Consider When Hiring a Melbourne Video Production Company 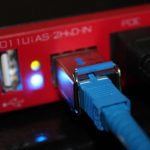 Broadband vs. WiFi: Making the Right Choice for Your Internet Needs 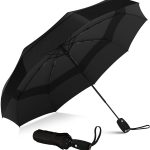 Why Do You Need A Windproof Umbrella?

Tech and gaming blogger since 2009. I spend my day exploring what's new tech and its impact on our day-to-day lives. From smartphones to electric cars, AI to EdTech, Business Tech to Gaming Hardware and beyond ... I write news, guides, and reviews on Digital Conqueror.
Facebook Twitter Youtube
PrevPrevious5 Best Practices For Patient Engagement
NextWhat Can I Know by Searching a Number – CocoFinder?Next

TOKYO, Japan:   Malvern College, an outstanding British independent school with over 150 years of history, is delighted to announce Malvern College Tokyo as the