The gaming industry is growing rapidly, and here are the top reasons why. From casual gamers to professional esports athletes, there are more people than ever before playing video games. This increase in popularity is being driven by a number of factors. Whether you’re a fan of video games yourself or not, there’s no denying that the gaming industry is on the rise. Here are some of the key reasons why.

With all the innovations in technology that are being applied to entertainment, it’s no surprise that video games are thriving as well. Statistics show that the global gaming industry now exceeds $300 billion in worth, largely thanks to technological advancements that make gaming even more immersive and accessible.

Advances in hardware capabilities, artificial intelligence, and graphics have allowed game developers to create highly realistic virtual worlds with incredible depth of detail. This has completely changed the landscape of the gaming industry. Now players can engage in entirely new experiences that weren’t possible just a few years ago.

The rise of mobile gaming has also been driven by technological advancements. Smartphones and tablets are becoming increasingly powerful, allowing developers to create games that look as good on a small device as they do on a console. This has opened up the gaming market to people who may not have had access to a gaming console but still want to play games on the go.

One of the most exciting features the internet has brought to the table regarding the gaming industry is that you can play against or with your friends or strangers over it. This feature has taken gaming to a whole new level, allowing people from different parts of the world to play and interact with each other. Online gaming has become incredibly popular, as it allows individuals to create online avatars and customize them, while also providing options to chat with fellow gamers during gameplay.

Not only that, online gaming offers tournaments and leaderboards that allow gamers to compete against one another for prizes and rankings. Furthermore, online games have become increasingly affordable in recent years due to the availability of subscription-based services such as Xbox Live or Playstation Plus.

The huge popularity of online gaming also gave birth to e-sports. These are competitive gaming tournaments, where professional gamers compete against one another for cash prizes and glory. The e-sports industry is growing rapidly with viewership increasing year after year for major events.

Professional teams have begun to form as well, allowing gamers to turn their hobby into a career. This has opened up the opportunity for gamers to make money playing competitive games such as League of Legends or DOTA 2.

With the growth of e-sports, the gaming industry is sure to benefit from increased viewership and an influx of aspiring players looking to become pro gamers. As they continue to grow in popularity, it will no doubt be a major factor behind the continued expansion of the gaming industry.

YouTube, and later on Twitch, has also been a huge boon for the gaming industry. Streamers and influencers are now able to stream their gameplay live, show off new games, discuss strategies with other players, and promote upcoming titles and events. This has allowed fans to easily connect with streamers they love, interact directly with them as they play games, and get an inside look at what goes on behind the scenes in the gaming world. As streamers have become more popular, so too has the number of people watching them stream their content.

This increased viewership has been very beneficial for game publishers and developers who can use streamers to reach larger audiences than ever before. Furthermore, streamers often create content related to specific titles or even engage in sponsored streams which further aids in promotional efforts by publishers.

These games have an advantage others simply cannot achieve. These are the following:

With mobile gaming being so accessible, flexible, and varied, it is no surprise that the mobile gaming industry has seen such massive growth in recent years. This growth can be attributed to many factors, such as improved technology, better mobile hardware and software, and the wider availability of mobile games.

More and more people are interested in interactive entertainment than ever before. As technology advances, this is becoming more immersive and engaging. Video games are one of the most popular forms of interactive entertainment, offering gamers a chance to explore virtual worlds, compete against others online, or simply play with friends around the world.

This has made gaming an increasingly popular pastime for people in all age groups. With the growth of mobile gaming platforms such as smartphones and tablets, interactive entertainment can now be experienced anywhere and at any time. This convenience is another reason why the gaming industry is experiencing unprecedented growth.

With the overall increase in wealth all over the world, more people can now afford higher-end gaming hardware and software that offer higher quality games that can be enjoyed in higher fidelity. Higher living standards also make it much easier to access online gaming services, such as subscription services for video game consoles. This has allowed more people than ever before to have the ability to enjoy higher-end gaming experiences, which have further contributed to the growth of the industry.

This also allows people to spend more money on gaming-related items such as new releases, special editions of popular games, and add-ons for existing titles. As a result, developers are able to create higher-quality content that players can then buy and enjoy even more than they would with older or lower-budget titles. 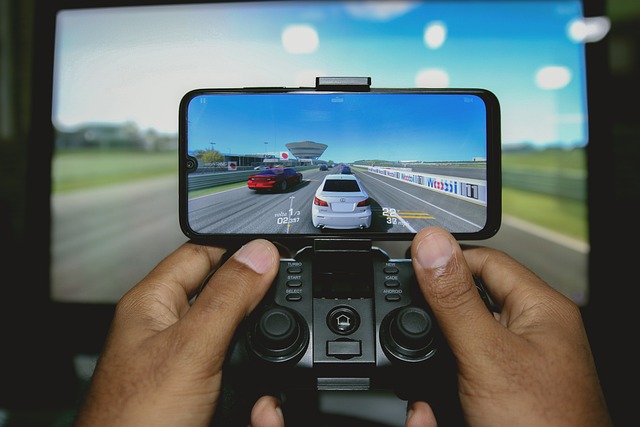 The gaming industry is thriving and is showing no signs of slowing down, largely thanks to technological advancements. It’s also worth noting that online gaming, and therefore competitive e-sports have also done their part in this regard. Streamers and influencers promoting video games and the gaming lifestyle also motivate a lot of people to start playing while phones and tablets allow them to play games anywhere at any time. Finally, everyone is drawn toward interactive entertainment and the higher living standards are allowing them to enjoy it!

Tech and gaming blogger since 2009. I spend my day exploring what's new tech and its impact on our day-to-day lives. From smartphones to electric cars, AI to EdTech, Business Tech to Gaming Hardware and beyond ... I write news, guides, and reviews on Digital Conqueror.
Facebook Twitter Youtube
PrevPreviousBest Nintendo Switch Controllers For 2023
NextBest Intel Gaming Motherboards For 2023Next