Turtle Beach’s product lineup used to be often criticized by gamers, primarily because of its lackluster design and overall lack of features. However, the Ear Force Elite 800 has changed things around for the company. This wireless gaming headset has gained massive popularity thanks to its good build quality and several features not usually seen in Turtle Beach’s headsets.

But is the Turtle Beach Elite 800 wireless headphone worth it? Here’s our in-depth review to help you figure that out.

The Elite 800 is a high-quality wireless headphone suitable for both in-home use and while you’re on the go. While it is primarily a gaming headset, you can connect it to your phones and other wireless devices with Bluetooth 4.0. Plus, dual-pairing allows you to connect it to two devices at a time. For gaming on your PC, PS4, and PS4, you can connect the combined transmitter and charging dock and direct the audio to the Elite 800. 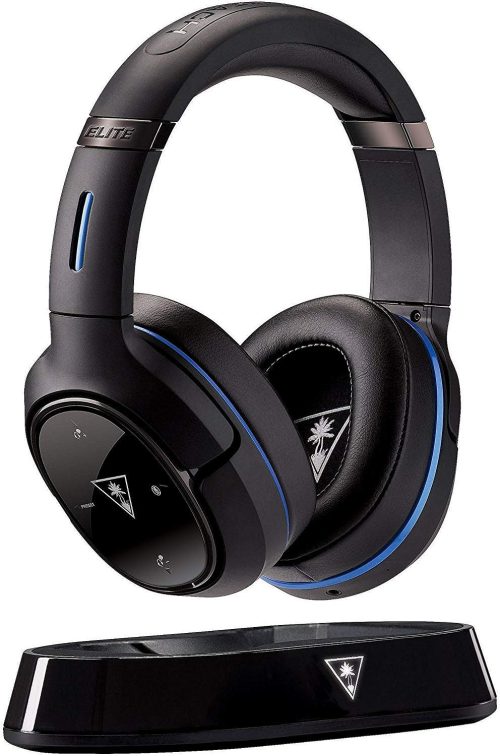 The headset comes with a range of features you’d expect from a wireless headphone in this range. These features include active noise cancellation (which is especially helpful if you often use your headsets in a noisy area), programmable audio presets for some games, dynamic chat boost (so you can hear your teammates over the game’s sound), and 7.1 surround sound.

And even though it’s not as stylish as other wireless headphones available in the market today, it is adequately stylish as a gaming headset. And it features a nice cushioning design, which is a big improvement over the company’s previous designs.

Of course, as with all wireless gaming headsets, there are some issues with the Force Elite 800, too. For instance, the battery life is quite short and the ear cups feature quite a lot of buttons that are super easy to press even when you don’t intend to. However, the biggest drawback is that you can’t use it with the Xbox unless you buy an adaptor separately.

Right out of the box, you’ll agree that the headphone’s feel and look and its high-quality build justify the high price tag. And you can’t ignore that they’re relatively bulky and heavy, but that’s nothing new for Turtle Beach headsets. But despite that, they’re not uncomfortable to wear at all. Turtle Beach Elite 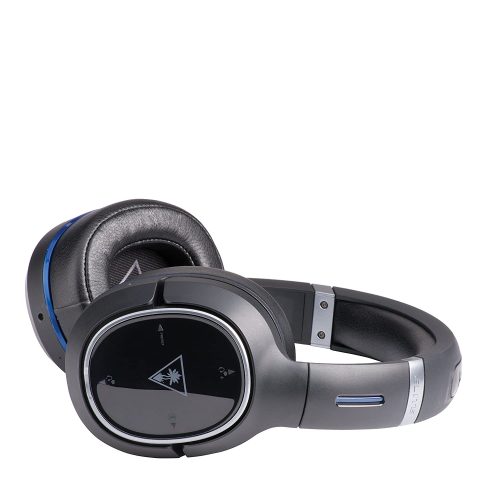 The ear cups feature comfortable leather cushions and since the headset is retractable, you can find a good, comfortable fit easily. Plus, since they’re over-the-ear headphones, your ears don’t have to carry a lot of weight.

The magnetic charging station is also quite convenient and takes away the hassle of dealing with wires.

The headphone’s build quality is commendable. Both the leather ear-cups and the frame itself are made with good-quality, sturdy materials. The ear cup plates are also changeable so you can find different ones from the official store. The charging base is also sturdy and the magnets do a good job of keeping the headphone in place while it’s charging. 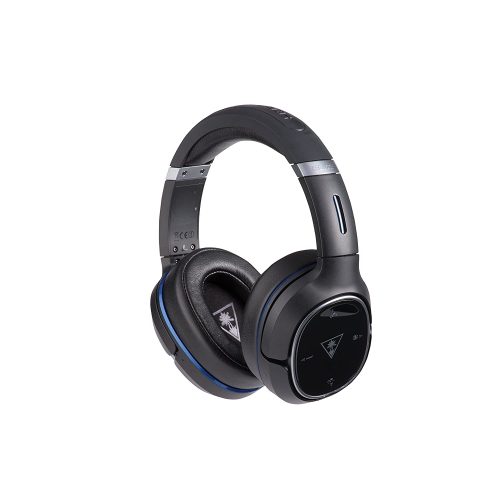 The ear cups feature a bunch of buttons for adjusting different settings like the volume, microphone, noise cancellation, sound presets, and mute. The buttons are highly sensitive and give you the desired result very easily; however, the high sensitivity also means that you end up pressing the buttons even when you don’t intend to.

While the Ear Force Elite 800 is great for both medium and small-sized heads, those with a larger head might find it a little uncomfortable if they wear it for a longer time. And even though they are quite bulky, they look sleek once you put them on.

Unlike previous Turtle Beach models, the Elite 800 boasts quite a lot of features that make it stand out from the other models in the lineup.

One of the most notable features is the active noise cancellation feature. Even though it’s not the best out there, it does a decent job of drowning out external sounds, like the sound of people in a subway. In addition to that, the DTS Surround Sound 7.1 technology promises great audio.

Thanks to Bluetooth pairing, you get a more stable connection, and you can use the headset for calls, too! However, the battery life isn’t too impressive.

The built-in microphone is also of decent quality and does the job but it might not be able to carry your voice that well, especially since it’s impossible to adjust the mic’s position.

The range is also good enough at about 12-15 feet but that also depends on the number of obstructions in between the headset and the transmitter.

And finally, you can continue using these headphones even if the battery dies by connecting them to the 3.5mm cable that comes included in the box.

As you would expect from a headset at this price, the sound is quite good, especially with consoles like the PS3 and PS4. The surround sound truly works and promises an immersive gaming experience. 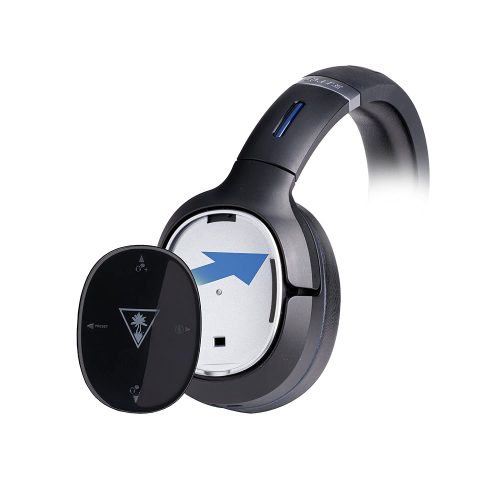 Another notable feature is the numerous sound presets that you can access using the Ear Force Hub from your tablet or smartphone (Android only). It is easy to cycle through different sound functions depending on what you’re doing – playing a game, watching a movie, or just listening to your favorite songs.

These modes also provide more sound options so that you can fully tailor your hearing experience. Plus, the bass is impressive and you can really differentiate between the highs and the lows.

Despite its shortcomings, the Ear Force Elite 800 from Turtle Beach is an excellent gaming headset. Even though the battery life isn’t that long, other features such as the active noise cancellation, mic monitoring, and DTS surround sound justify the price tag.

Tech and gaming blogger since 2009. I spend my day exploring what's new tech and its impact on our day-to-day lives. From smartphones to electric cars, AI to EdTech, Business Tech to Gaming Hardware and beyond ... I write news, guides, and reviews on Digital Conqueror.
Facebook Twitter Youtube
PrevPreviousAn Easy Guide To Understanding Flexible MAC Architecture
NextBest Open-Back Headphones for Gaming (2022)Next