Microsoft has revealed many of the new features available for free to every Windows Phone 7 owner this fall. The update, code-named “Mango,” enhances the Windows Phone 7 with a handful of new features and streamlined operation unifying the many options for any given datum or action. The Mango brings several Internet Explorer upgrades, new tile and hub functionality, and additional business-oriented features.

A pivotal feature of every Windows phone has always been the Internet Explorer functionality built in to each device. The Mango update brings many impressive features to the phone’s IE9 browser. In addition to HTML5, Mango comes with hardware-acceleration for the browser. Visual search arrives in the update as well, integrating Microsoft’s Bing search with the phone’s camera to allow information to be found on any product simply by snapping a picture. A similar feature, called “Google Goggles,” is already available on Android powered phones. Lastly, a free music search feature is set to be released that will allows users to identify any music they hear, similar to the popular Shazaam and SoundHound apps. 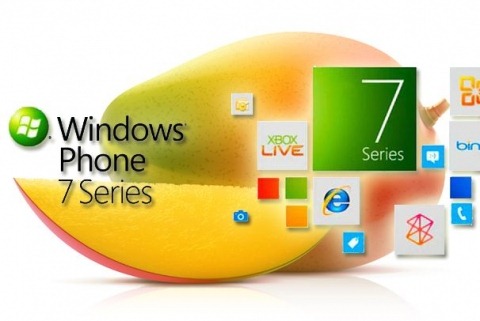 Tiles and hubs, perhaps WP7’s most touted features, are getting some enhancements thanks to Mango as well. Tile personalization has expanded to allow individuals and groups to be viewed at a glance from the home screen. Facebook updates, email, and more real-time info will be more easily accessible from these tiles. Hubs are getting a similar treatment, with more customization features including the ability to sort contacts into one of several social groups. Similarly to how the Photo Hub gathers locally stored photos and Facebook pictures in one place, the new People Hub will provide an all-in-one stop for the different kinds of social networking and chat options a contact may have.

For those using their Windows Phone 7 primarily as a business phone, Microsoft has all your business needs covered. Lync, the business IM and private networking service set up by Microsoft for desktops, will be making its mobile debut in Mango. The free app will allow users to stay connected to the office directly from the phone. On the same note, new document sharing tools are coming as well. Users will be able to securely connect to private servers and hidden networks from their phones as well, meaning that business security will play a big role in the Mango update. Emails will also be readily available, as the new update will allow users to view specific folders from Outlook directly from the home screen.

This Windows Phone 7 update is sure to hold other potential surprises as well. Time will tell exactly how well these new features work and whether they can potentially win over any new users to the device.

This article is written by a Guest writer.

4 Practical Uses for Google+ You Can Benefit From