Visa (NYSE: V) announced today the results of an independent study conducted by Roubini ThoughtLab and commissioned by Visa examining the economic impact of increasing the use of digital payments in major cities around the world. The study estimates that relying more on electronic payments, such as cards and mobile payments, could yield a net benefit of up to U.S. $470 billion per year across the 100 cities studied – roughly the equivalent to 3% of the average GDP for these cities.

“Cashless Cities: Realizing the Benefits of Digital Payments”, is a unique study that quantifies the potential net benefits experienced by cities which move to an “achievable level of cashlessness”—defined as the entire population of a city moving to digital payment usage equal to the top 10% of users in that city today. The study does not look at eliminating cash. Rather, it seeks to quantify the potential benefits and costs of significantly increasing the use of digital payments.

By reducing reliance on cash, the study estimates the immediate and long-term benefits for three main groups—consumers, businesses and governments. According to the study, these benefits could add up to combined direct net benefits of approximately U.S. $470 billion across the 100 cities that were analyzed:

As cities increase use of digital payments, the positive impacts can extend beyond financial benefits to consumers, businesses, and government. The shift to digital payments also may have a catalytic effect on the city’s overall economic performance, including GDP, employment, wage, and productivity growth.

“The use of digital technologies—from smart phones and wearables to artificial intelligence and driverless cars—is rapidly transforming how city dwellers shop, travel, and live,” said Lou Celi, Head of Roubini ThoughtLab. “Without a firm foundation in electronic payments, cities will not be able to fully capture their digital future, according to our analysis.”

Roubini Thoughtlab, a leading economics and evidence-based research firm, surveyed 3,000 consumers and 900 businesses in 2016 across six cities (Tokyo, Chicago, Stockholm, Sao Paolo, Bangkok and Lagos) that represent different levels of digital payments maturity. These surveys examined the use, acceptance, and cost-benefit impact of physical and digital money. Researchers then extrapolated these survey results based on specific demographic and economic data to another 94 cities around the world to determine the net impact of moving toward a cashless economy on consumers and businesses in each location. Through other sources, the research was also able to identify expected impacts on government. Researchers used World Bank, Organisation for Economic Co-operation and Development, and other well-respected secondary data sources to augment the survey results and build the overall findings. An econometric model used by various central banks and other institutions – the National Institute Global Econometric Model (NiGEM) – was used to estimate the “catalytic” impacts (economic growth, productivity, employment and wages) that a move toward digital payments would have on each of the 100 cities analyzed. Visa commissioned the study. Roubini Thoughtlab independently conducted the surveys, managed the research and developed the analysis.

Visa Inc. (NYSE: V) is the world’s leader in digital payments. Our mission is to connect the world through the most innovative, reliable and secure payment network – enabling individuals, businesses and economies to thrive. Our advanced global processing network, VisaNet, provides secure and reliable payments around the world, and is capable of handling more than 65,000 transaction messages a second. The company’s relentless focus on innovation is a catalyst for the rapid growth of connected commerce on any device, and a driving force behind the dream of a cashless future for everyone, everywhere. As the world moves from analog to digital, Visa is applying our brand, products, people, network and scale to reshape the future of commerce. For more information, visit usa.visa.com/aboutvisa, visacorporate.tumblr.com and @VisaNews. 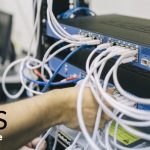