Almost since artificial intelligence was first developed, there have been questions around whether AI can one day become more ‘intelligent’ than humans. While popular culture has taken this question in a different direction with regard to sentience and whether AI will rise up to overthrow or destroy humankind, actual research has concentrated on that original question of ‘intelligence’ and whether AI is as good or even better than humans at solving complex problems.

There is no doubt that AI has come on in leaps and bounds since it was first developed, with several commonly used programs and services utilising AI today to generate outcomes and solutions across a multitude of industries. You may not even realise it, but AI has become a part of our everyday lives. Smartphones, for example, utilise AI heavily, whether you look at the in-built smart assistants, to camera features, to even the increasing use of AI in games and other mobile apps. Social media is awash with AI, while even other gadgets such as cars and smart home devices all use AI. Your ‘recommended’ music, videos and shows on services such as Spotify, YouTube, Netflix and the rest all use AI to gauge your interests and favourites based on your usage history. Thus, AI has become quite good at providing procedurally generated outcomes to problems, but the real question is whether it is able to handle situations where there are multiple outcomes, some good and some bad, and choose the best outcome repeatedly. That is where games come in, and there have been quite a few instances where AI has defeated humans at games such as chess, online poker and others.

The most famous example of this is the legendary duel between chess grandmaster Garry Kasparov and the Deep Blue supercomputer developed by IBM. In their first meeting in 1996, Deep Blue defeated Kasparov in their first match, becoming the first computer program to defeat a sitting world champion under normal chess conditions i.e. with a time limit for moves to be made. It would go on to draw two and lose three of the next five games in this series. The next year, the duo faced off again, with the computer having been upgraded by IBM. Deep Blue lost the first match in this series, but in the second match, it made a random move to stop wasting too much time while calculating its next move. This threw off Kasparov, as he thought that the computer had calculated the game’s outcome and made this move, and he resigned this game rather than succumb to an embarrassing loss. Deep Blue would go on to win twice more, while Kasparov won just once, with three games being tied, and while this was attributed to Kasparov playing in a more reckless manner in the subsequent games due to this shock, it still was a huge moment in the history of AI vs humans.

One of the games that would truly test the progress of AI is poker, since this is a lot more random than chess, and it needs reasoning, intuition and decision-making on the basis of information that is not available and must therefore be guessed or reasoned. In 2019, an AI program created by Carnegie Mellon University in collaboration with Facebook defeated some of the best poker players in the world in a six-player no-limits game of Texas hold’em poker. This AI, called Pluribus, also emerged victorious against 13 professionals, all of whom had won at least $1 million playing poker, in an experiment where it played five of them at a time for a total of 10,000 hands. These examples show how AI has developed to a point where it can now beat humans at complex games, and this shows the potential that AI has for solving long-standing problems across various areas as well. 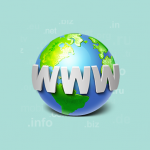 Here’s How Web 3.0 Will Change the Future of the Internet 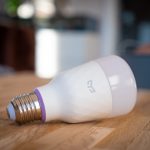 Tech and gaming blogger since 2009. I spend my day exploring what's new tech and its impact on our day-to-day lives. From smartphones to electric cars, AI to EdTech, Business Tech to Gaming Hardware and beyond ... I write news, guides, and reviews on Digital Conqueror.
Facebook Twitter Youtube
PrevPreviousAre Environmental Impacts Causing People To Hold Back from Crypto-Mining?
Next5 Emerging Trends In Maintenance Management TechnologyNext

Every game wants to be like the yo-yo. Just when you think it has gone out of fashion, it wheels back into the picture. Sadly,

Firefox Bikes Collaborates with Salesforce to Upgrade Its D2C Experience