Why You Should Always Use a VPN when Using Kodi

Kodi is a free app that runs on most operating systems, both for mobile and desktop. While the Kodi media player it’s highly appreciated for its functionality and extra features, there are some concerns among those who use it regarding their privacy.

You should know up-front that the application itself doesn’t pose any risk to your privacy, but if you plan to use it with add-ons other than those found in the app’s store, your activity might be exposed. Simply put, your ISP or other third parties might find out about your streaming habits, but there are also other concerns regarding privacy without using a VPN.

If you are unfamiliar with the term, a VPN is a private network that helps you connect to the internet in a secure way, but not necessarily anonymously. The traffic between your computer and the servers/websites you access is encrypted so that it cannot be read by anyone from outside the private network.

Therefore, your ISP, governmental agencies or other people (like the ones that are connected to the same WiFi as you) can’t eavesdrop on what you are watching or browsing. So let’s find out on how to watch movies on Kodi without putting yourself at risk.

Why do Kodi users usually need a VPN?

A lot of users are streaming movies or TV shows that might be copyrighted, which means someone could be detected by his ISP if he’s watching that type of content and get fined.

Having a VPN shields you from your ISP because all the traffic is now encrypted. The ISP will still be able to tell if you are using a VPN or not, but using it is completely legal in most countries. Few states like Iran ban the use of VPNs, but they will usually not even allow downloading it in the first place.

Another use of a VPN is to watch content blocked in your location. TV Channels, certain websites or types of content, such as music videos or TV shows, are often blocked in some regions.

Because the VPN not only hides your traffic, but tricks the server/website to think that you are in another country, you are able to access content that would otherwise be out of reach. All you need to do in order to watch content targeted to USA, for example, is to change the location in your VPN app.

It should be noted that some add-ons for Kodi that don’t come from the official store may pose a risk for your privacy, and others can even exploit vulnerabilities in the app. This is why it’s important to keep the app up to date and use a VPN while using it.

Other benefits of using a VPN

Among the pros of using such an app to browse the internet is the fact that you are now a lot safer when using public WiFi spots. Hackers can intercept the data sent between your device and the wireless router, but they won’t get any private data if the traffic is encrypted.

What VPN should I use?

Kodi being available both on smartphones and desktop, you might want to make sure the VPN you’re getting runs on all of your devices. This way you can enjoy geo-blocked or otherwise restricted content on any type of device, anywhere you go.

Don’t choose a free VPN if you care about privacy. Most of those don’t really live up to their promises and they can track you and log your data, even while stating otherwise. It is important to choose a well-known, reputable service provider when It comes to protecting your identity online.

While free VPNs can promise you both security and privacy, it’s good to know that there is almost always a catch. Subscribing for 6 or 12 months to a paid VPN can get you such a low price that a free VPN isn’t worth the risk. You should also know that a lot of free VPNs are forced to throttle your connection in order not to lose money, and there is nothing pleasant about having to wait for a movie to buffer or websites to load.

You can read more about choosing a VPN for Kodi here. That page deals with VPNs that work best with Kodi and provide the best security and privacy features.

Always choose a VPN with a zero-data logging policy, they are usually straight-forward about it. It is also recommended to use an antivirus while browsing online and downloading any type of content. 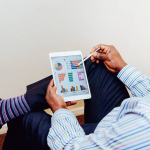 Why HR Analytics Are Ideal For Small Businesses 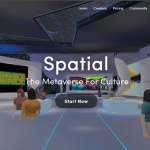 What Are the Best VR Meeting Apps for Remote Teams?

VMware Helps Customers Move to the Cloud with Flexibility and Speed

Tech and gaming blogger since 2009. I spend my day exploring what's new tech and its impact on our day-to-day lives. From smartphones to electric cars, AI to EdTech, Business Tech to Gaming Hardware and beyond ... I write news, guides, and reviews on Digital Conqueror.
Facebook Twitter Youtube
PrevPreviousCool Toys for the Tech Savvy Musician
Next5 Data Backup Tips for Small BusinessesNext