Cricket team St Lucia Zouks – owned by KPH Dream Cricket Pvt. Ltd., the consortium that owns Kings XI Punjab – today virtually unveiled its new official jersey and website – www.zouksonfire.com. These new announcements precede the 8th edition of the Caribbean Premier League (CPL), the annual Cricket Twenty20 league, which will see six teams compete for the title from August 18 to September 10, 2020, in two venues in Trinidad behind closed doors in the wake of the COVID-19 situation.

The virtual announcements, that went live from Trinidad across the world, were done in the presence of the team’s coach Andy Flower, team captain Daren Sammy, player Mohammad Nabi.

The newly launched team jersey reflects the elements of the national assets and identity of St Lucia. The yellow represents the power of the sun – the sunshine that permeates St Lucia and powers the vitals of the economy. The blue elements represent the sea which surrounds St Lucia. The logo is a colourful mixture of blues and yellows with a flame symbol that is derived from the national flag representing a desire to win.

“There is always a sense of pride putting on the Zouks jersey, but it motivates you more when you understand what the colors on the jersey represents,” said Daren Sammy the team captain.

“I am tremendously excited for my first taste of the CPL! I absolutely loved touring the Caribbean as a player and an international coach and now I am getting to experience not only a fantastic tournament, but also the culture of the people from within a West Indian dressing room. Cannot wait to get started,” said Andy Flower, the team coach.

“We are thrilled to announce the INDIBET and St Lucia Zouks partnership. As Cricket makes a huge comeback with the CPL, we are also launching our new INDIBET brand. It is a very exciting time and we are ecstatic about our new association with the St Lucia Zouks team. We are looking forward to work with the Zouks and share our new platform with audiences around the world who love cricket just as much as we do,” said a spokesperson from the title sponsor – INDIBET.

The St Lucia franchise that was founded in 2013, still resonates with cricket fans around the world. Andy Flower is the coach and Daren Sammy is the Captain of the team for the current season of CPL. The team is sponsored by INDIBET (Title sponsor) along with Orbit Exchange and cricketnmore.com as associate sponsors.

St Lucia Zouks is the representative team of Saint Lucia in the Caribbean Premier League (CPL) of Cricket. Founded in 2013, the team has been competing in the tournament since its inception and is currently owned by KPH Dream Cricket Pvt. Ltd. – the consortium that owns Kings XI Punjab.

The team is named after St Lucia, one of the four islands in the Caribbean known for its rich creole culture which is represented in its logo. A vibrant mix of blues and yellows, the logo also has a flame symbol that is derived from the national flag, representing a desire to win. In 2016, the team held the record of winning six out of ten games securing the third position in the league. St Lucia Zouks is a popular team among cricket fans around the world.

INDIBET is the newest brand to launch in the sports gaming arena. The online platform offers unrivalled user experience with the best products that not only look great, but most importantly, are easy to use. The brand prides itself on providing excellent customer support and value. INDIBET is part of a wider group run by executives who have managed a range of products in sports and gaming over the last 15 years.

About The Hero Caribbean Premier League

First started in 2013, the Hero Caribbean Premier League (CPL) is a franchise-based T20 format cricket tournament that combines two of the most compelling aspects of Caribbean life – dramatic Cricket and a vibrant Carnival atmosphere. There was a combined broadcast and digital viewership of 312 million during the 2019 season to make it one of the fastest-growing leagues in world cricket. In 2019 the tournament made a positive economic impact across the Caribbean of US$136 million. Barbados Tridents are the current Hero CPL champions and the other competing teams are Trinbago Knight Riders, Guyana Amazon Warriors, St. Kitts & Nevis Patriots, St Lucia Zouks and Jamaica Tallawahs. The 2020 tournament will take place in Trinidad & Tobago between 18 August and 10 September, 2020.

News and content from across the web from Trusted Sources. Content not edited or written by DC Media team.
Facebook Twitter Youtube
PrevPreviousCoimbatore Company Launches Ozone-based Disinfectant that Makes Food 100% Safe from Coronavirus
NextINDIBET Partners with St Lucia Zouks as their Main Sponsor for Caribbean Premier League 2020Next 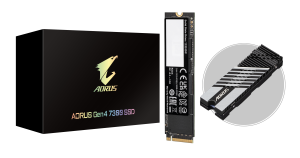