Today at the 12th Gen Intel Core Experience event, Intel showcased the 12th Gen family of processors that redefine multi-core architecture for the PCs with an all-new performance hybrid architecture. The experiential event showcased the latest suite of cutting-edge desktops and laptops powered by Intel’s latest family of processors, and enthusiasts experienced unprecedented performance like never before.

The 12th Gen Intel Core processors introduce a new performance hybrid architecture that brings a combination of Performance cores and Efficiency cores to deliver ultimate performance. The Performance-cores are the highest performing CPU core Intel has ever built, for maximum burst and single-threaded performance. ​The Efficient-cores are designed for scalable performance-per-watt, for multi-threaded and multi-tasking performance.​ ​

Intel 12th Gen family of processors scales from U series to P series to H/HX series for Notebook Platform and going up to S series for Desktop.

The most exciting part of Intel Thread Director is that it monitors instruction mix, state of the core, and other relevant micro-architecture telemetry at a granular level and then helps the OS make more intelligent scheduling decisions.​ Traditionally, the OS would have made decisions based on limited stats that are available aligned to foreground/background workload or task characterization, but Intel Thread Director adds a new dimension with this HW telemetry so threads with higher performance requirements end up on the cores that provide the performance, Performance-cores or P-cores. ​

Intel also elaborated on the new cache architecture found in the 12th Gen Intel Core processors at the event. With the 12th Gen Intel Core Architecture, Intel is introducing a new Common Intel Smart Cache architecture shared among the P Cores, E Cores, and processor graphics.​Additionally, the company increased both our shared Intel® Smart Cache (L3) and L2 cache sizes which drive large memory capacity and reduced latency which are important to deliver fast game loading and smooth frame rates for our enthusiast community​. As a result, the audience saw the increased performance on titles like League of Legends, Hitman 3, and many more. ​

Tech and gaming blogger since 2009. I spend my day exploring what's new tech and its impact on our day-to-day lives. From smartphones to electric cars, AI to EdTech, Business Tech to Gaming Hardware and beyond ... I write news, guides, and reviews on Digital Conqueror.
Facebook Twitter Youtube
PrevPreviousPhilips Domestic Appliances Launches The New SpeedPro Cordless Vacuum Cleaner Range
Next6 Ways You Can Organize A Fun Sleepover With FriendsNext 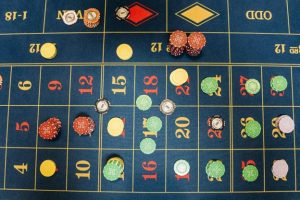