Sony Pictures Television Networks (SPTN), in partnership with the United Nations Foundation, today announced the opening of the Picture This Festival for the Planet (www.sonypicturethis.com), a short-film competition for emerging filmmakers, everyday storytellers and changemakers worldwide to showcase the positive future they see for our planet.  Starting January 30, people from over 70 countries around the world are invited to submit videos between one and eight minutes in length inspired by the Sustainable Development Goals (SDGs), a set of global goals agreed upon by all 193-member states of the United Nations to end poverty, protect the planet and promote prosperity for all.

Andy Kaplan, President, Sony Pictures Television Networks, said: “At Sony, we are proud champions of the intersection between storytelling and innovation and are incredibly excited to spearhead Picture This. With the support of the United Nations Foundation and our other partners, we look forward to elevating and amplifying these important development goals through the voices of emerging creatives and acknowledge their good work in a meaningful way.”

Partners in this year’s festival are: The United Nations Foundation, the United Nations Association of the United States of America, WeTransfer, Sony World Photography Awards, Sony Alpha Universe, the Environmental Media Association and leaders and environmental visionaries from around the globe. SPTN launched a similar contest in 2016 across its channel portfolio worldwide, including its flagship brands AXN, Sony Channel, Crackle and Animax and those same flagship channels will participate in this year’s festival.

N.P. Singh, MD & CEO, Sony Pictures Networks India, said, “Much of India’s development agenda is embodied in the Sustainable Development Goals. Sony Pictures Networks India (SPN) is supporting the Picture This festival for the Planet because we believe that heightened social consciousness leads to positive social impact. Visual storytelling is a powerful tool to inspire social change. That is why we would like to invite students, professionals, academicians, environmentalists and filmmakers to submit their entries. Picture this, to picture a change.”

Elizabeth Cousens, Deputy CEO of the United Nations Foundation, said: “The Picture This Festival for the Planet is an innovative new platform to connect global audiences to what is happening on the ground as people put the SDGs into action in their daily lives. The United Nations Foundation appreciates Sony’s deep commitment to sustainability and its willingness to leverage its creativity and reach to bring the SDGs to new audiences. By celebrating individual stories of people around the world actively working to protect people and planet, Picture This will help inspire others to join the effort to realize these ambitious – and achievable – goals.”

This summer, eight (8) regional winners will be flown to Los Angeles to attend the Picture This Festival for the Planet for a day of networking and training alongside industry leaders and social impact partners at the Sony Pictures Studio lot, followed by a screening of the regional winners’ films. Regional winners will receive airfare and accommodations for two nights in Los Angeles, along with a Sony RX0 Camera and a one-year WeTransfer Plus account, with the grand prize winner honored with a Sony A6500 camera and a SEL1670 lens.

There will be three winners selected from India. While the first winner will receive gratification, as indicated above, the other two winners from India, will be rewarded with a Sony PJ675 Handycam® with Built-in Projector (HDR-PJ675) camera, each. In addition, the first 100 entries from India will each receive a WeTransfer Plus account for a year.

The Picture This Festival for the Planet is Sony Pictures Entertainment’s latest project to bring awareness to the SDGs. In 2016, the United Nations and SPE launched Angry Birds for a Happy Planet, a global youth outreach campaign that leveraged online and social media platforms to encourage action to protect the planet and fight climate change. Centered on the Sustainable Development Goal #13 – to take urgent action to combat climate change and its impacts, the campaign featured Red and other characters of The Angry Birds Movie. In 2017, supported by the cast of the Smurfs: The Lost Village, audiences were encouraged to join “Team Smurfs” for the “Small Smurfs Big Goals” campaign that inspired everyone to learn about and support the 17 Sustainable Development Goals.

Submissions for the Picture This Festival for the Planet will open January 30 and close April 30. The contest will be open to entrants from select countries worldwide. Please visit sonypicturethis.com for more information and to enter for free. In India, regular updates on the Picture This festival will be available on SPN’s social media handles including Instagram and Facebook.

The United Nations Foundation builds public-private partnerships to address the world’s most pressing problems, and broadens support for the United Nations through advocacy and public outreach. Through innovative campaigns and initiatives, the Foundation connects people, ideas, and resources to help the UN solve global problems. The Foundation was created in 1998 as a U.S. public charity by entrepreneur and philanthropist Ted Turner and now is supported by philanthropic, corporate, government, and individual donors. Learn more at: http://www.unfoundation.org.

WeTransfer is the simplest way to send your files around the world. Every month, well over 40 million active users transfer over one billion files. The service is all about making the creative process effortless, for everyone. Since 2009 we have been showcasing amazing creative work on WeTransfer with gratis advertising for musicians, photographers, and artists, giving away over five billion pages a year. We also offer financial grants, tech support and promotion to help creatives tell the stories that matter to them and bring relevant cultural projects to life. Above all, we hope these stories encourage other people to make something new themselves. Because inspiration means more when you do something with it.

The Environmental Media Association (EMA) is a Non-Profit 501(c)3 organization founded in 1989 to inspire solutions for the environment through our impact in media and pop culture. The organization has grown into a diverse subsection of entertainment industry tastemakers, entrepreneurs in finance and technology, and green icons dedicated to the mission of promoting environmental progress and innovations through celebrity role modeling, campaign work, year-round programs and our two large scale annual events, The EMA Awards and the EMA Impact Summit. EMA serves as a valuable link between the world of media and the environmental community. To find out more about our programs and events visit us at www.green4ema.org. 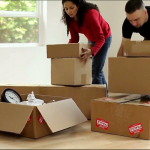 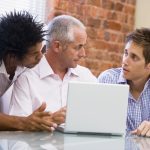 Tech and gaming blogger since 2009. I spend my day exploring what's new tech and its impact on our day-to-day lives. From smartphones to electric cars, AI to EdTech, Business Tech to Gaming Hardware and beyond ... I write news, guides, and reviews on Digital Conqueror.
Facebook Twitter Youtube
PrevPreviousReptile FX Introduces Video Invites for Wedding Celebrations
NextThe 3rd Edition of IEW Paints a Positive Picture for India’s Electronics IndustryNext