Recognizing Fake News Is More Important Than Ever

With the rise of social media, fake news occupies an increasingly prominent place in providing information. Anyone can post on Twitter or Facebook and present it as the truth. It is sometimes difficult to distinguish facts from nonsense in a world where you are constantly exposed to information. This article explains what fake news is and how to recognize it.

What is fake news?

Fake news is fictional articles written as if they were real stories. It can also be photoshopped photos or videos. You can make people say things on camera through deep fake that they never said. A well-known example is a video in which American comedian Jordan Peele posed as Barack Obama. The recent video in which Putin’s hand goes through a microphone is also a deep fake.

In reality, fake news can have major consequences, especially when it comes to politically or socially sensitive topics. For example, images are spread on social media of a Ukrainian pilot who shoots a Russian fighter plane out of the sky. It has since been revealed that this is a fragment from the video game Arma 3. 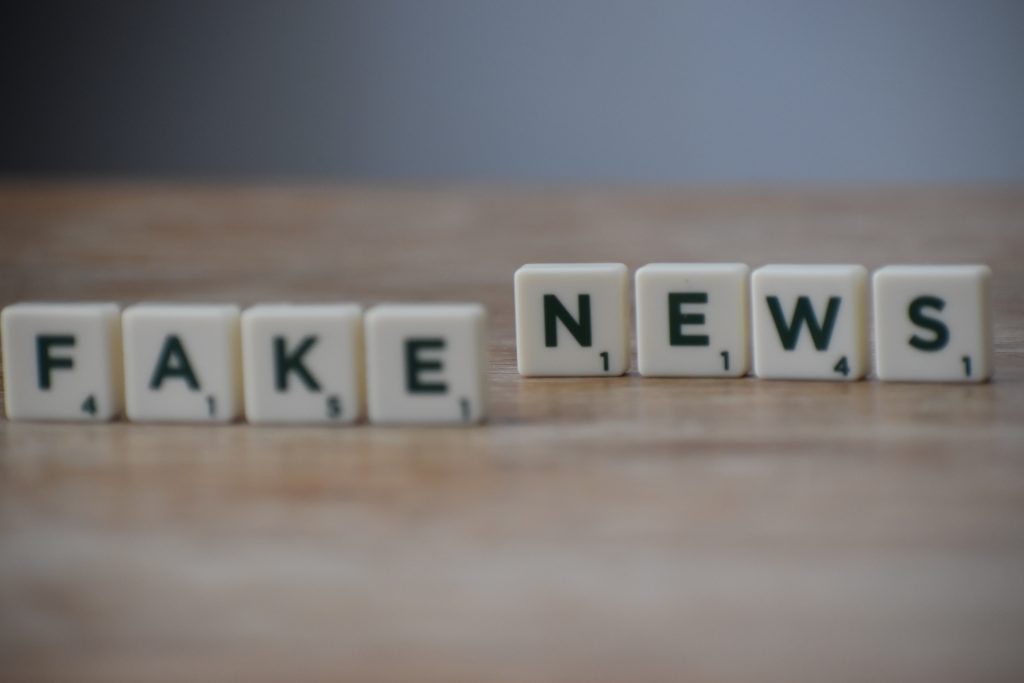 You come across fake news on social media and websites that look trustworthy at first glance. If you come across a questionable message, it is good to check whether the information is correct. Fortunately, a study by Eurostat has shown that most people do indeed do this. To check the facts, you probably visit other websites. In addition, you do not always have the guarantee that they are also safe. Also, third parties, such as hackers, or even the government, can track your online activities.

To prevent this, enable a VPN. All your data traffic is then encrypted, and your IP address is hidden behind the IP address of the VPN server. Another advantage of a VPN is adding features that block various malware and malicious websites. For example, NordVPN has a feature called Threat Protection that makes sure you won’t ever need to worry about clicking on the wrong website or link.

The most dangerous form of fake news is those that sow fear. You may remember the post claiming that corona vaccines can lead to autism. This message has resulted in a large number of vaccine refusers. And this, in turn, led to greater contradictions between vaccinated and unvaccinated.

The message in question had such a great effect because it was a scientific study. It was just not mentioned that a much larger group of scientists has already refuted this conscious research. But the seed has already germinated in a growing group of corona skeptics. How do you avoid being swept up in a swirl of misinformation?

Whatever you do, don’t share or ‘like’ the post until you’re sure it’s completely right. The internet is based on algorithms. The more times a post or video is viewed, shared, or liked, the higher it appears in search results.

You do not have to verify that the content of every message is correct. In journalistic productions, you can trust that the journalist has done thorough research and has shed light on all sides of a story. Does the message give a shocking but one-sided picture? Then find out who the author is, what else this author has written, and in which medium it was published. You can easily perform a fact check on Google yourself by entering a few keywords and ‘fact check.’

Tech and gaming blogger since 2009. I spend my day exploring what's new tech and its impact on our day-to-day lives. From smartphones to electric cars, AI to EdTech, Business Tech to Gaming Hardware and beyond ... I write news, guides, and reviews on Digital Conqueror.
Facebook Twitter Youtube
PrevPreviousxp&dland: A Web3.0 Platform Built For Creating And Executing Brand Strategies On The Metaverse
Next4 Ways that Public Safety Can be ImprovedNext

17 B2B Lead Generation Tools You Need to Have