If you’re looking to do your bit for our environment, you may be thinking about getting behind the wheel of an electric car. Known as the green cars, these vehicles are likely to become more and more popular in the next few years.

Electric cars are set to become the future vehicles as oil-based fuels are only getting more expensive due to diminishing supply. If you have decided to go green with respect to your car choice, we present you five electric cars to hit the Indian roads in 2018. Read on to know better.

Nissan Leaf, one of the highest selling electric vehicles in the world is expected to hit Indian roads in late 2018. As it will be available on import, be ready to expect an increase in its pricing too, somewhat in the range of Rs 30 lakhs. Let’s look at the specifications:

However, there is also an option of quick charging, which gets the charging done in 40 minutes and gives the battery a range of 80%.

The Hyundai Ioniq Electric will be unveiled at the 2018 Delhi Auto Expo, and its launch will take place in late 2018. Earlier it was speculated that Hyundai would launch Ioniq hybrid, however, increase in taxation on hybrids has forced the maker to opt for an electric version of the car.

The company has received an order to develop 10,000 units of Tigor EV for the government, and it will first supply the 10,000 Tigor EVs for the state-run Energy Efficiency Services Ltd (EESL). We could see it at the 2018 Auto Expo early next year.

The price quoted for Tigor EV by Tata Motors for the government’s tender is:

Yes, the Mahindra KUV Electric will be made available in 2018 in India. The powertrain pack in this will be like the one in e-Verito and the e2OPlus, but some changes are expected.

The range of Mahindra KUV electric car can be expected to go up to 150 kilometres with price in the range of Rs 13 lakhs approximately. However, we can expect this price to reduce with time.

Tata Motors formed a joint-venture with Jayem Automotives, wherein the company will supply Nano body shells to the latter.

Speculations are that the Neo will cost roughly Rs 5 lakh, and will become the cheapest four-seater electric car in the market. Although this electric Nano will be sold as the Jayem Neo, Tata Motors might launch its own version in the coming time.

So, if you are thinking to buy an electric car, you are in for a lot of pros. Not only is it a more economical choice, but you don’t have to pay for road tax. Electric vehicles are now becoming a more common sight on our roads. Whether it’s hybrid cars or fully electric cars, the benefits of electric vehicles are numerous, for both the owner and the environment.

If you want to take such environment-friendly decision, why not take another important step and buy car insurance online for your electric car?

As the market for electric cars is rapidly growing and such cars are becoming more mainstream, a lot of providers now provide electric car vehicle insurance.

If you do decide to go green with your wheels, vehicle insurance is still a legal requirement. But if you’re looking to get a good deal on your electric car insurance you need look online, as you can compare a wide range of quotes in one place with just a few clicks.

Before you buy car insurance online, bear the following in mind:

You can cash in on some money-saving opportunities by choosing an electric car, as these vehicles are exempt from vehicle tax. The policies features and discounts offered will vary from one insurer to the other. Hence, it is vital to research car insurance quotes from across the board. Before finalising a decision, be sure of getting the right cover for your needs.

Tech and gaming blogger since 2009. I spend my day exploring what's new tech and its impact on our day-to-day lives. From smartphones to electric cars, AI to EdTech, Business Tech to Gaming Hardware and beyond ... I write news, guides, and reviews on Digital Conqueror.
Facebook Twitter Youtube
PrevPreviousTransforming Your Display Experience, InFocus Unveils Vision 3, India’s coolest Full Screen Smartphone
NextAuxilo To Disburse Education Loan To Over 6000 Students From HyderabadNext 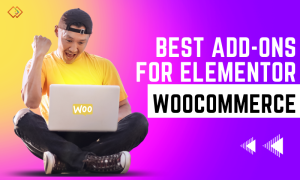