NVIDIA hosted their fifth version of Gamer Connect 2017 in Hyderabad at Gachibowli Indoor Stadium which witnessed more than 2400 gaming enthusiasts on the first day of the event. A platform for the Indian gaming community to bond, interact and explore new avenues in gaming, Gamer Connect also gives audiences an opportunity to experience the latest in PC gaming technology. In 2017, NVIDIA conducted 4 events in Kolkata, Ahmedabad, Kochi and Lucknow. This year’s latest event was inaugurated by the honorable Telangana IT minister, K. T. Rama Rao in the presence of senior executives from NVIDIA and partners such as Dell, LG, Zotac, and HyperX. 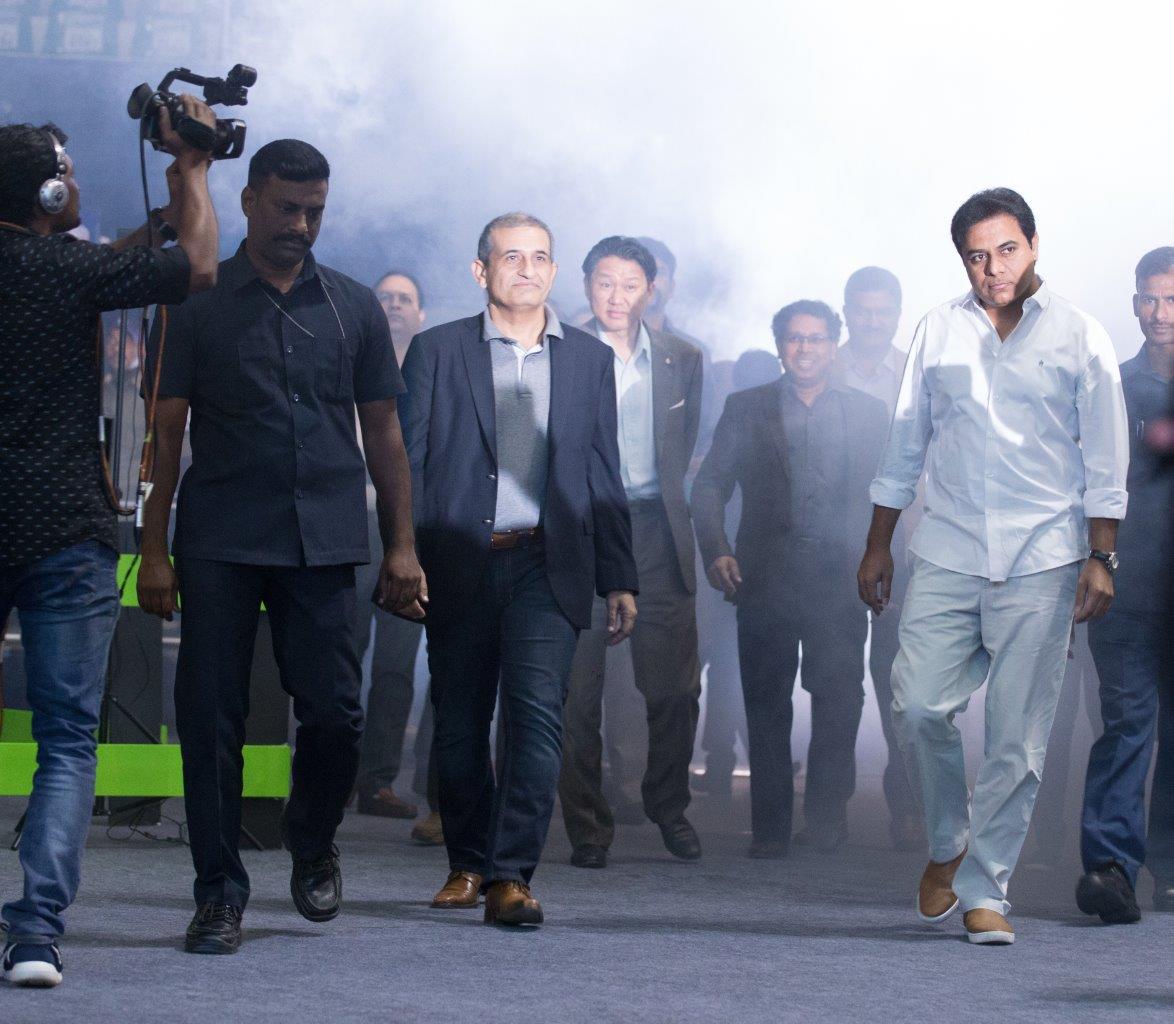 The last league of Gamer Connect 2017 saw gaming enthusiasts coming from across Telangana to be a part of the biggest gaming event in the recent time. The event witnessed over 100 demo stations showcasing the latest games including as Call of Duty WW II, Destiny 2, Middle Earth: Shadow of War, NFS Payback, and Assassin’s Creed Origins. Also on display was LG’s premium range of gaming monitors including the popular 21:9 curved UltraWide with 4K-UHD Display. Prior to this, NVIDIA hosted their event in Lucknow in August, which proved to be another instance substantiating the country’s growing excitement for gaming.

Inaugurating the two-day gaming event, honorable IT Minster, K. T. Rama Rao said, “Government has identified animation, visual effects and gaming as a key growth engine for tech exports and employment generation. Hyderabad is already employing close to 30,000 people which include 100 animation and gaming companies, 2D and 3D studios. The Telangana government recently laid the foundation for a world-class facility for the gaming sector, known as the IMAGE Tower (Innovation in Multimedia, Animation, Gaming & Entertainment). It is very satisfying to see leaders from the gaming industries like NVIDIA, Dell, LG, Zotac and HyperX coming together to give gaming enthusiasts an experience through technologies like 4K, Virtual Reality and superior hardware. This will only help boost our economy and further develop the gaming industry,” he added. 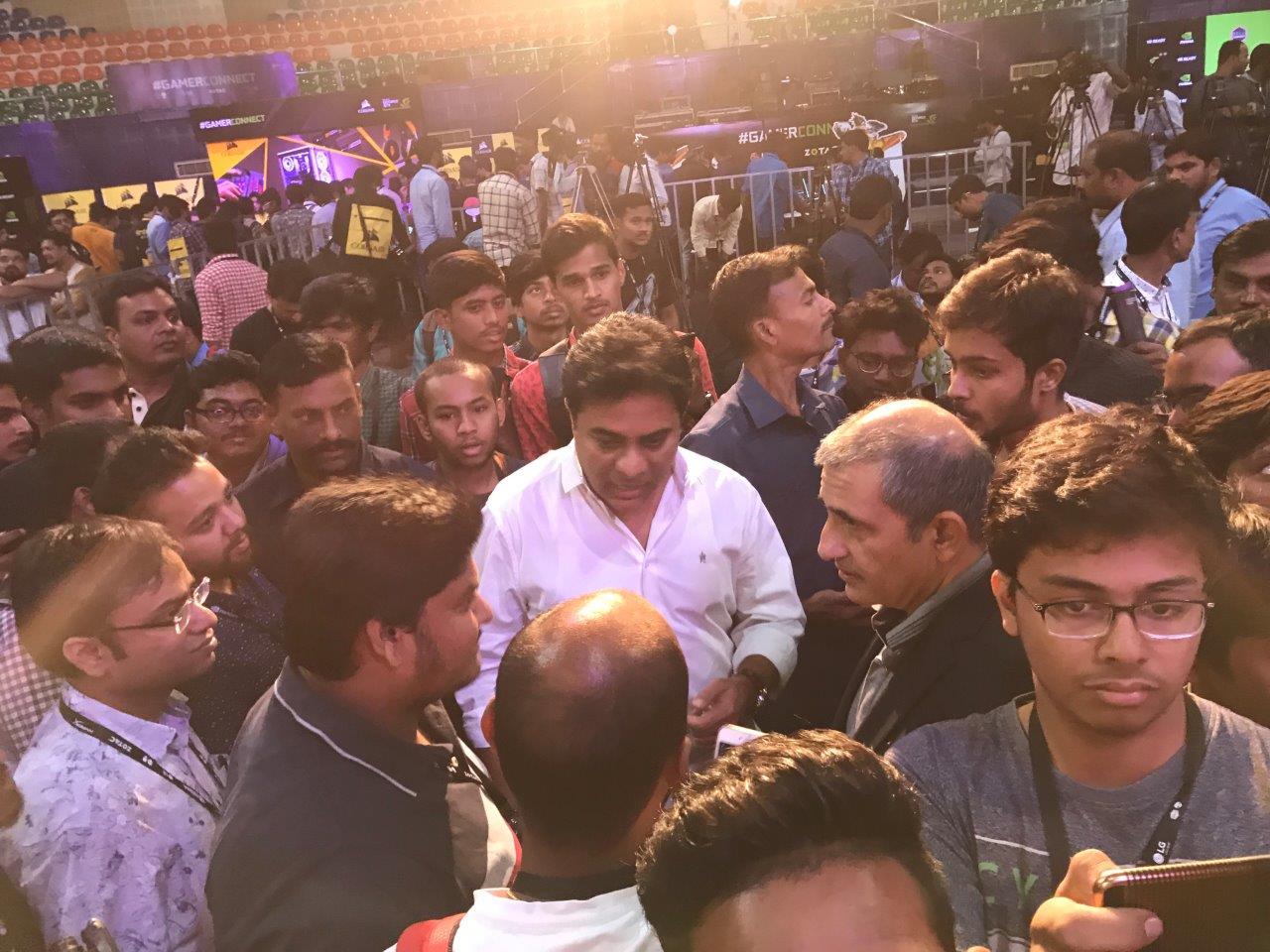 “Gamer Connect is NVIDIA’s platform for the Indian gaming community to bond, interact and explore new avenues in gaming and simultaneously experience the latest technologies introduced to PC gaming. Over the past years, we have conducted more than 150 events across 20 cities which have helped us connect with more than 10,000 gamers. There are 15M PC gamers in India out of which 1M are in Telangana and the number has a potential to go up to 2.5M, thanks to the recently launched world-class facility, IMAGE Tower. We hope to have more of such collaboration in future to develop the gaming community in India,” said Vishal Dhupar, Managing Director, South Asia, NVIDIA during the event.

Out of the 35 million people who are actively talking about PC and console gaming on social media platforms, we have 15 million gamers who are currently playing on it.  While Telangana market has a potential of more than 200 gaming cafes, there are only 20-30 decent gaming cafes.

LG showcased its Gaming Monitor line-up including the top of line 21:9 Curved Ultrawide monitors with G-Sync technology and the 2018 line-up in an exclusive preview. Technology showcase included models with G-Sync, 240Hz refresh rate and 4K Displays with HDR 10.  Also on exhibition were Dell’s latest laptops packed with the GeForce GTX 10-series. NVIDIA GeForce GTX 1080, 1070, 1060 and 1050 GPUs have accelerated the growth of PC gaming by delivering the best in both efficiency and performance. The new GTX 10-Series GPUs for notebooks deliver up to 75 percent more performance over previous generation architectures.

After the success of this event, NVIDIA is looking to build a series of initiatives focused on fueling the growth of India’s gaming community

Gamer Connect is NVIDIA’s flagship community event in partnership with Dell, LG, Zotac and HyperX that is conducted every year in multiple cities to bring gamers together to experience the latest developments in gaming technologies. Gamer Connect started in 2015 as a small format event has evolved into mega format connecting to tens of thousands of gamers across the country.

Tech and gaming blogger since 2009. I spend my day exploring what's new tech and its impact on our day-to-day lives. From smartphones to electric cars, AI to EdTech, Business Tech to Gaming Hardware and beyond ... I write news, guides, and reviews on Digital Conqueror.
Facebook Twitter Youtube
PrevPreviousBest Ways to Save Money on Video Games and Consoles
NextRise of Gaming Hardware Market Thanks to China’s eSports IndustryNext