After the success of ‘Battle of Gods’ season 1, ASUS ROG India, announces Season 2 of the tournament, ‘Battle of Gods’ exclusively for ROG Phone users. The weekly online tournament will kick off on 6th November, where the participants will go head-to-head in a 5v5 format of Call of Duty Mobile to stake claim from the ultimate prize pool of ₹7,00,000*. The registration for the first week tournament will close on 4th November at 1:00PM.

Similar to the first season, season 2 is expected to last for 12 weeks followed by winners only Finale. 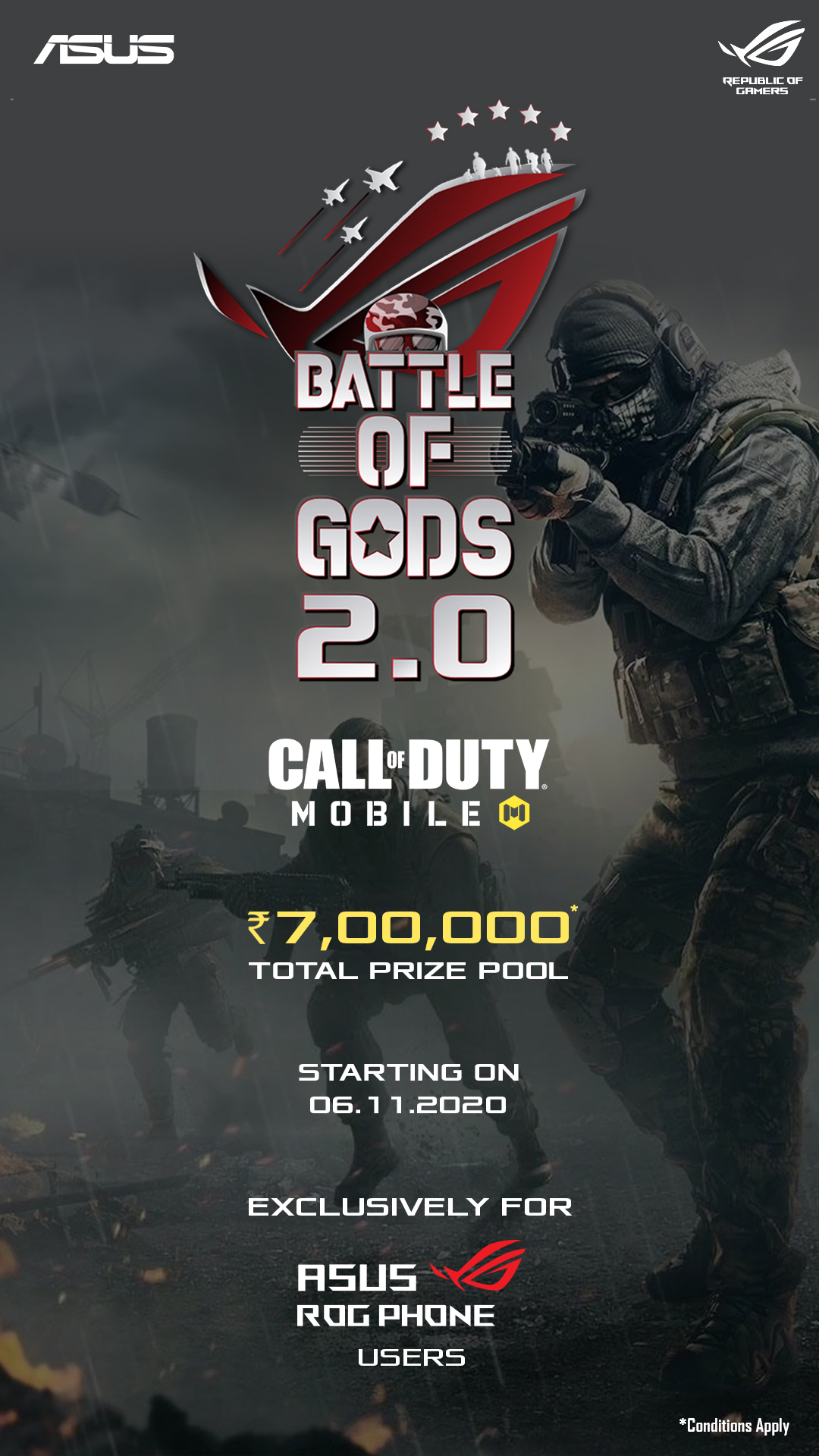 The ‘Battle of Gods’ is a part of ASUS ROG India’s efforts to provide exclusive community engagement and social interaction to ROG Phone users concurrently encourage people to stay home to fight COVID-19.

Dinesh Sharma, Business Head, Commercial PC and Smartphone, System Business Group, at ASUS India said, “The response from the ROG Phone community to the ‘Battle of Gods’ season 1 was tremendous. We are very excited to launch our highly-anticipated community tournament on Call of Duty: Mobile. Smartphone gaming is the perfect platform to engage, connect and abide to the social distancing norms. ROG Phone Users Community members get this exclusive benefit to come together to demonstrate their gaming skills, experience competitive e-sports and win big cash rewards.”

Battle of Gods, is the first ever smartphone Esports tournament by the ROG India, sets a stage for passionate ROG Phone users to indulge in some high-octane gaming and win big. The Battle of Gods is planned as an online ‘Weekly Gaming Tournament’ series for ROG Phone users starting from November 6th, 2020. Every Friday, ROG Phone users will go head-to-head as per brackets with the quest to rise to the top. The top players will qualify for the final match that will be live casted and shout casted by the famed Esports casters in India. The winners of the final clash shall be announced every week who will then claim their share from the total prize pool of ₹7,00,000*. The first season is expected to last for 12 weeks.

For tournament rules and more information on the ‘Battle of Gods’, please visit https://bit.ly/2HEYrYo

All Asus ROG Phone users in India can register themselves at https://bit.ly/3jIPavh and be part of this exciting event.

All the action can be watched live on YouTube – https://www.youtube.com/c/ASUSIndiaOfficial/featured

Leap Further Ahead with the Most Powerful Mate Series Ever: Huawei Unveils The Best Flagship of the Year

Online Gaming Is Not A Loser Activity Anymore

7 Tips on How to Find Your Perfect Gaming Desk