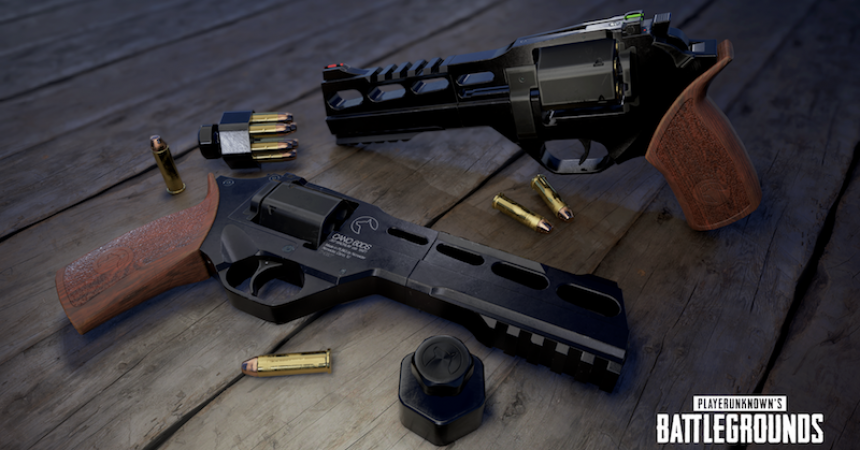 NVIDIA premiered a new weapon for the upcoming desert zone in PLAYERUNKNOWN’S BATTLEGROUNDS(PUBG) today on GeForce.com.

The new R45 is a six-shot revolver that is chambered for the game’s .45 ACP ammunition and comes with a speed loader.  It supports a red dot sight attachment.

The R45 revolver will be available when PUBG launches, later this month.  The new  R45 can be looted only on the new desert map as a world spawn weapon. The R45  will be the replacement for the R1895 revolver from Erangel map which will not be in the desert map.

PUBG supports NVIDIA ShadowPlay highlights that will automatically capture your R45 kills, and the death that may result if your aim is not true.  To play PUBG at ultimate 4K you will need a GeForce GTX 1080 Ti GPU.

PLAYERUNKNOWN’S BATTLEGROUNDS continues to be the world’s most popular PC game, with record-breaking player counts on Steam, and over 24 million sales. Later this month, PUBG will exit Early Access, adding a new desert map, vaulting, and a ton of other additions and refinements.