8 Free Xbox Games You Must Download In April 2015! | Digital Conqueror 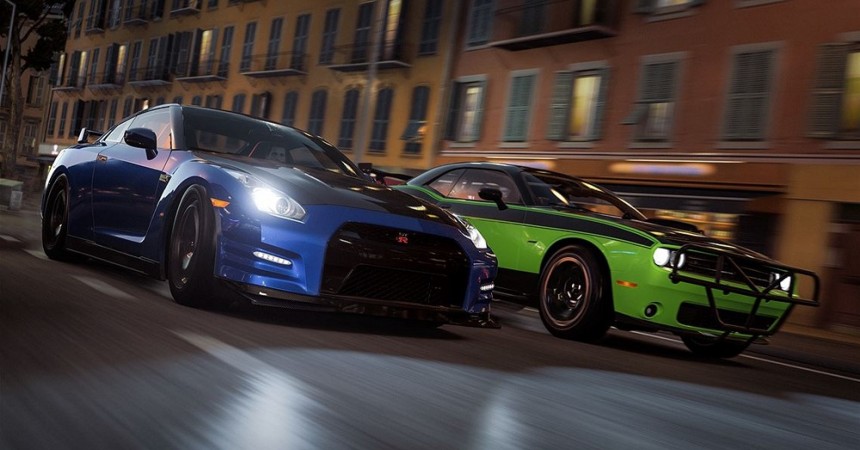 One of the greatest perks I’ve  enjoyed being a Xbox user, are the amazing deals I get on regular basis. I might have saved hundreds of dollars on games I wanted to play, and sometimes on the add-ons as well, and this time Xbox users have even more to rejoice in April 2015. Also, if you own a Xbox 360 console, and planning to buy Xbox One sometimes in Future, you can also start building your library of Free games every month. Refer to this post on MajorNelson.com blog.

Xbox is giving away twice the games this month under Games with Gold program, and adding more to that, they have introduced another popular Free-to-Play game after World of Tanks, Ascend: Hand of Kul and the Warface. And even that’s not enough there is one more, you might have already heard of, so let’s find out which of these games are, and how you can download them.

Following is the mix of Xbox 360 and Xbox One digital games, some are available to both, so make sure you read carefully and download before the deadline of April ends!

This game is the perfect cross between a Forza Motorsport 2 and a Fast & Furious movie ad, but trust my word, it's a great game to play. Make sure, you download this fast, as the free version is expiring April 10th. Game
Description: The next great automotive adventure begins with the Forza Horizon 2 Presents Fast & Furious standalone expansion for Xbox One! For the first time ever, the Forza experience of thrilling driving and amazing cars is combining with the unstoppable Fast & Furious movie franchise to create an original adventure filled with adrenaline-fueled automotive action.

If you are a Dungeons and Dragons fan and love MMORPG, you might already know how Popular Neverwinter is Well, now it's available as a Free-to-play for Xbox One users in April and even after that.
Game Description -  Neverwinter is the premier Dungeons & Dragons MMORPG experience, featuring fast-paced combat and epic dungeons. Explore the vast city of Neverwinter and its surrounding regions, battle its many enemies, and be a part of Forgotten Realms history. Xbox One players can also use their Xbox One friends list to find and party up with others as they explore iconic locations of the Dungeons & Dragons universe.

Download Free - Xbox One (Currently Not Available for Xbox 360)

One of the latest games in the popular exclusive series for the Xbox gamers, Gears of War: Judgement is Free to Download under the games with Gold Program till April 15th.
Game Description -  In the immediate aftermath of Emergence Day, the fate of the world rests on the shoulders of young COG lieutenant Damon Baird and his team - Kilo Squad. As the world of Sera is destroyed around them, Kilo must rise up, break the rules and take the fight to a horrifying new enemy in this blockbuster prequel to one of the most celebrated franchises in gaming history.

Another big title - Assasin's Creed IV: Black Flag is now Free to Download for Games with Xbox Gold Program for only Xbox 360 users, after April 15th to April 30th.
Game Description - It is 1715. Pirates rule the Caribbean and have established a lawless Republic. Among these outlaws is a fearsome young captain named Edward Kenway. His exploits earn the respect of legends like Blackbeard, but draw him into an ancient war that may destroy everything the pirates have built.

Army of Two: The Devil's Cartel Will be Free to Download from April 15th to next 15 days for Xbox 360 Users under Games with Gold Program.
Game Description -The originator of tactical co-op is back! Developed by Visceral Games, the award-winning creators of Dead Space™, Army of TWO™ The Devil’s Cartel delivers an immersive and unique 3rd-person co-op action-shooter that’s built on the new Frostbite 2 engine for maximum destruction. You and your partner must shoot and destroy anything in your path to take down a violent drug cartel that’s taken over Mexico. In gripping partner-based missions, each player must tackle and overcome individual objectives to achieve a common goal. The more effective your teamwork, the greater the reward as the new Overkill mode gives you devastating power for truly epic mass destruction! Experience this explosive action-blockbuster campaign in two-player local split-screen or online co-op!Download For Free - Xbox 360

A Best-looking game from Ubisoft's arcade game titles, this will be free from April 1st to April 15th, 2015 for Xbox One users.
Game Description - Child of Light is an adventure inspired by fairy tales. The story takes us on the coming-of-age journey of Aurora, the daughter of a duke, who is transported to the fantastic world of Lemuria. Identified as a Child of Light and granted the power of flight, Aurora must fight the dark creatures of the Queen of the Night on her quest to save the sun, the moon, and the stars.

Just check out this game's screenshot! Have you seen an HD Pool game like this before? Released just two days ago, this game is free to Download after April 15th 2015 for next 15 days for Xbox One users.
Game Description - Pool Nation FX is the ultimate Pool Simulator for Xbox One®. Prepare yourself for pixel perfect physics, photo-realistic graphics and super detailed visuals in this truly immersive representation of the sport. Practice, spectate and play live matches seamlessly online, compete in Leagues, share, challenge and create epic trickshots within our exclusive Trickshot Editor, enrol in the Pool Nation Cup, explore our unique rule set customization tool and re-discover this much-loved sport. Pool Nation FX flawlessly blends reality with the impossible, resulting in the finest example of digital pool you will ever play.

Another cool Xbox 360 Arcade game Terraria that is already available as a free to Download till April 15th 2015.
Game Description - DIG, FIGHT, EXPLORE, BUILD! Nothing is impossible in the special edition version of this action-packed sandbox adventure! Over a dozen environments and hundreds of items to craft and enemies to defeat! The world is your canvas – make it your own.

Trademarks – All the trademarks, logos, images and descriptions mentioned in this article belongs to respective owners.

Asura Can Be The Mainstream PC Game From India, Launches on Greenlight!