Recently announced Indian linguistic email address service solution provider DataMail has made a remarkable achievement of bringing a revolutionary change in the life of web users and smartphone users in Russia. Indian Tech Innovator, Dr. Ajay Data, Founder and CEO of Data XGen has partnered with a Russian domain registry company and formed a joint venture (JV) called ?????.??? (POST.RUS). The announcement of this JV with Webnames Limited (Russian) and Data XGen Technologies (Indian) company was made at a press conference organized in Moscow today.

DataMail.Bharat created history when it was launched recently in India to provide email address services in 8 Indian languages. This technology solution was what Webnames Limited of Russia was looking for since the past 13 years as they were trying to innovate the ‘Russian Email Address’ to replace English with Russian. With this joint venture,  ?????.??? (POST.RUS), over 140 million Russians will be empowered to use the ‘Made in India’ technology for Russian language email addresses on web and smartphones for free.

Dr. Ajay Data, Founder and CEO of Data XGen Technologies said, “India has taken a lead to build linguistic email address technology which can be used globally. I am proud to say that India has innovated the linguistic email address which can be now offered to non-English spoken populations of the world. Post this launch of Russian language email address service, we will be soon entering into other countries too so as to enable billions of non-English people to join the world wide Internet by simply removing the language barrier.” 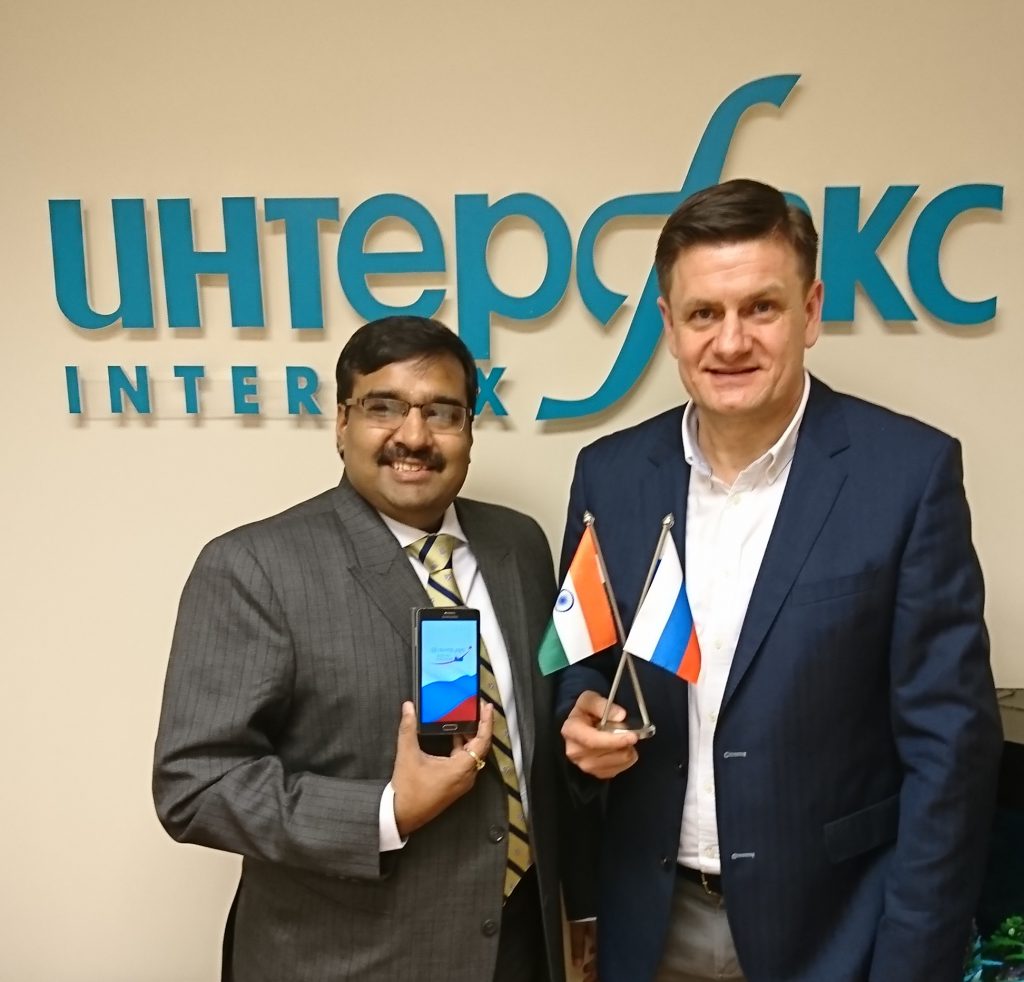 Mr. Alexei Sozonov, Director of Webnames LLC and CEO of newly formed joint venture – ?????.??? LLC (POST.RUS), said, “Being a pioneering company for IDN Web Addresses names in Russia, we are thrilled to create history in Russia by offering domains and email address service in our own language. It was Russia’s dream since last 13 years and today with the help of an Indian innovator, Dr. Ajay Data, we will be fulfilling our country’s dream by launching ?????.??? (POST.RUS) which will surely empower the Russian population.”

Dr. Ajay Data further added, “While we are empowering the people of Russia with Cyrillic Email Address service, I am thankful to our Prime Minister Shri Narendra Modi for launching a DOT BHARAT service and giving us domains in 8 Indian languages. However, we are far behind the vision for making India digital. We should bring these 8 linguistic domains to each Indian resident who is not comfortable with the English language and would like to communicate and use Internet in his/her own language. Dot Bharat must be promoted in every corner of India and we are willing to support in this mission.”

Russian Internet penetration rate has doubled in last five years and has reached 84 million users. In Russia more than 50 million users are accessing the Internet from mobile devices which is equal to half of the adult population in Russia. Unlike Indian handsets, Russian handsets already have Cyrillic keyboard enabled and do not require any external app support. Due to this feature the adaptability of Russian email addresses will be faster than in India.

The services are FREE for everyone through the simple Mobile app download on IOS and Android phone and anyone can go on their play store and download DATAMAIL and gets their first email address in their preferred language i.e Internationalised Email Address.

Tech and gaming blogger since 2009. I spend my day exploring what's new tech and its impact on our day-to-day lives. From smartphones to electric cars, AI to EdTech, Business Tech to Gaming Hardware and beyond ... I write news, guides, and reviews on Digital Conqueror.
Facebook Twitter Youtube
PrevPreviousCompanies Which Are On A Mission To Make Indian More Productive
NextTop Five Bluetooth Speakers under Rs. 20,000Next