After the worldwide success of Huawei’s Watch GT and the great response for Huawei Watch GT classic in India, Huawei Consumer Business today announced the availability of its popular Huawei Watch GT Active. The Company had earlier announced the new model of the Watch GT Smartwatch, alongside the P30 line-up, at the event in Paris in March this year.

The Watch GT Active has the large 46mm watch face with touchscreen and sports a 1.39-inch AMOLED HD screen and light-weight design with a resolution of 454×454 pixels, giving it a sophisticated edge. It is available in orange and green colour options. 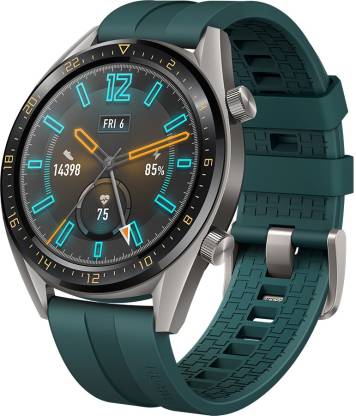 The watch can monitor the wearer’s heart rate and sleep while supporting a wide variety of indoor and outdoor activities using a self-learning algorithm and innovative sensors. It also has a new Triathlon mode that can record the entire triathlon, including the transition time. The triathlon comprises swimming, cycling, and running. The watch also provides coaching in introductory to advanced running courses to assist one in real-time while also offering guidance training and time-movement effect feedback. 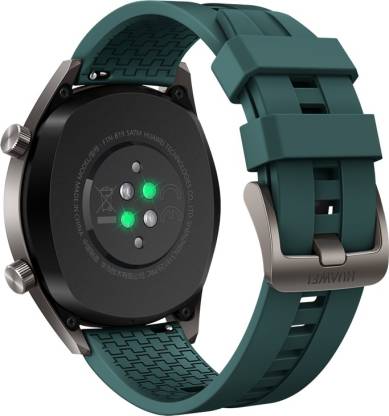 HUAWEI TruSleep 2.0 feature and HUAWEI TruSeen 3.0 Heart-rate Monitoring Technology keeps a tab on your heart’s health and your sleep patterns, providing more than 200 potential suggestions to help one sleep better. The watch has Huawei’s own operating system called Lite OS and can last two weeks in one charge.

Since launch, the HUAWEI WATCH GT has won praise from the media and consumers alike, winning several awards for its many standout technological features, especially its battery life. After research revealed that short runtime between charges was a pain point for consumers, Huawei responded by introducing WATCH GT – powered by Huawei’s in-house Lite OS system and empowered dual-chipset architecture to deliver ultra-long battery life. Users can now expect – under typical usage conditions, including all-day wear and heart rate function activated, scientific sleeping function activated at night, 90 minutes of exercise per week and message notification – to receive up to two weeks’ full functionality between charges. A post-purchase study conducted earlier this year shows that 81% of consumers buy the WATCH GT because of its class-leading battery life.

The Huawei watch GT Active is available exclusively on Flipkart with a 1-year warranty and 10 days of replacement policy to ensure peace of mind in case something is amiss with the watch. Customers can also avail a no-cost EMI at Rs 445/month. Moreover, there is a 10% Instant discount on SBI credit card, 5% unlimited cashback on Flipkart via Axis Bank credit card and an additional 5% off with Axis Buzz credit card.

What To Expect From A Professional SEO Company