Microsoft Surface RT Vs. Apple iPad: Which One IS Better? | Digital Conqueror 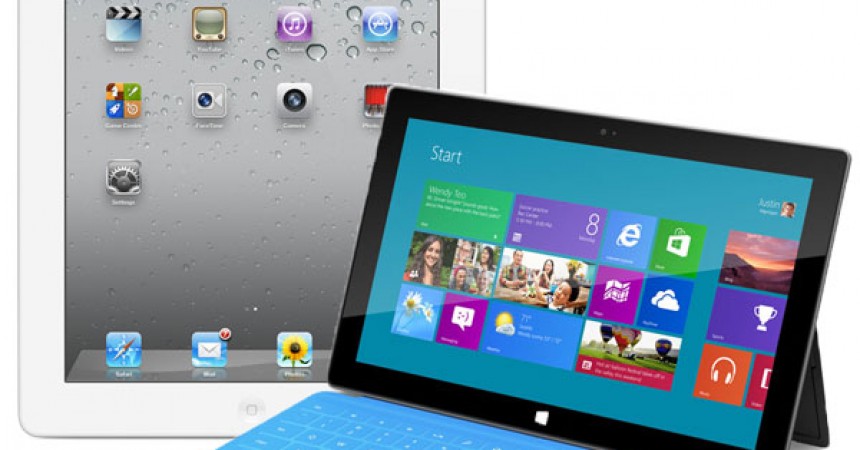 Now as the price of Microsoft Surface RT is out, reviewers and tech experts have got a new topic to discuss on. Microsoft Surface RT or Apple New iPad which one is better and what makes them different from Android based tablets. We also have come up with our views on this, but in a quite crisp. Well the comparison is not only of the price, Windows Surface RT comes with tile based UI which is no doubt have high user experience but not many of us are use to tile like interface. Compared to this, Apple New iPad which runs on iOS6 is quite easy to use and has simple iconic interface.

Lets have a technological overview of both tablets:

Windows Surface RT has a inch bigger display but which is not enough as it lack in terms of resolution, other than this, iOS 6 seems to be better as compared to tile interface of Windows RT. Looking at all this, in the path to success there are hurdles of Apple which Microsoft have to jump in order to compete New iPad Charisma and also the big market of Android.