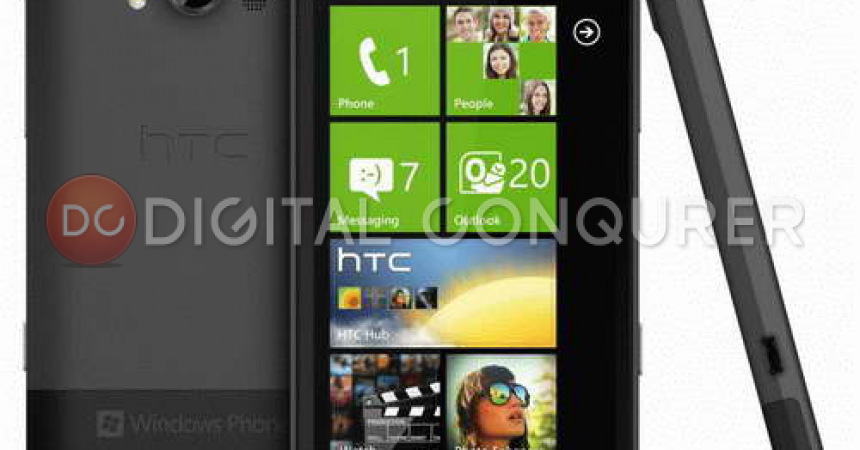 A 4.7 inches of smart phone display, it might sound grotesque, but in the era of plastic and pixels where bigger is better, HTC Titan is a fabulous smart phone in the series of high end mobiles from HTC.

The new innovation from HTC is an outstanding Windows phone obscured in the glossy black body with high end hardware. Apart from Nokia’s offering, the Titan is perhaps the first Windows bases handset which is worth running your eyes over. People around you will surely notice your phone and will wish to touch it. Mostly importantly, they will also care about your phone along with you. What You’ll Love In HTC Titan ?

Windows smart phones are born for big giant screen; it looks amazing inside the large frame. If you compared it with Android, then it will be a big mess and same is for the iOS phones. Both these smart phones are popular for thousands of Apps, where as Windows phones are unlike anything else. It just expands and tries to luxuriate inside big frames.

The new handset from HTC comes with inherently rectangular OS with a superb interface of vivid, super flat gliding tiles and no bars, bubbles, clock and weather balloons. The new handset is well structure, simple and visually delicious. When you take those tiles and switch them onto the larger frame, there is only more you can love and this is the way it was meant to be. This Windows based handset is huge and best for giant photos, big fonts, big video and every thing in big grid. All these things make the HTC Titan impressive in vivid screen. It looks crisp with high-resolution display.

So, it might look hard to manage big beautiful rectangle but the HTC Titan is impressive with its skinny and light and can be easily slips into your back pocket or bag.

The thing which might dislike in the HTC Titan can be that big screen which although looks good, but actually sucks the battery. You will find yourself charging your Titan every day on regular basis. You will also be looking for the image which should have been worthy for the big screen, but you will get disappointment here. You eyes will also feel stretched out with the 800X480 worth of pixel across the HTC Titan display.

Should I Buy This??

If you are already used to big screen smart phone and are not afraid to have 4.7 inch in your pocket, of course you can buy one. If you are looking for tablet site phone with better visual and pleasing user interface you can go with the Titan. Titan is more than just an attention grabber, it is like a mini tablet with processing speed of 1.5 GHz with memory of 512 MB RAM, 8 Mega pixel of camera capable of recording videos at 720p. You can buy it in USD 200 with 2 year contract.