Even after the Nokia’s confirmation of the official Vine app coming to Windows Phone 7 & 8 devices was satisfactory, there is no announcement of when this big thing will happen. So for now, there is an amazing app launched recently on Windows Phone marketplace, that despite of being unofficial, 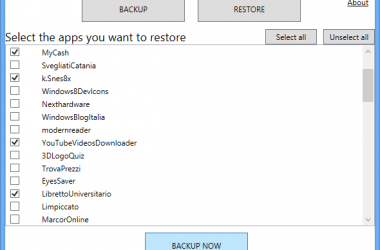 The Windows Phone 8 operating system has evolved greatly during its transition from Windows Phone 7, and backing up important data like texts/messages, photos, contacts & apps has now become much easier compared to the last version. Even though your WP8 device is automatically set for backing up your contacts, texts & index