A Beginners Guide To Steam…

Most of us know Steam as ‘that game client’ needed to play most of our PC games, but how many of you out there actually know how to use Steam to its maximum potential?

I’m here to help with that,

Gaming giant Valve first came out with Steam as a Digital Rights Management or DRM platform for the PC games, with games like Counter-Strike and Half-Life 2 requiring it for playing. They eventually turned in into the biggest digital distribution platform for PC, taking up about 70% of the market share. With over 125 million registered users and 3500 games and counting, there’s a pretty big chance you have steam installed on your computer if you play games on your PC.

First, let’s start with the basics of what Steam’s all about before we get to the real interesting stuff : –

Here’s your Beginner’s Guide to Steam…

Being a digital distribution platform, all games that you buy on the store or physical Steam disk versions you redeem, are all permanently saved in your game library. This is where you access all the games that you have bought and saved in your library, to be downloaded and installed whenever needed. Once a game is in your account it’s there permanently as part of your purchases, also, backups for installed games can be created too. If you don’t want to re-download a game, you can back it up for later use before uninstalling it.

The Steam Store is usually the go-to spot for most PC gamers looking for the best deals in the latest or even older games. Having an extensive selection of over 3500 games from every genre and time period, if there’s a PC game out, there’s 90% chance it’s on Steam. But the real show stealers are the STEAM SALES, these happen on occasions and see offers up to 90% off. You could probably get the game that had you waiting for as less as 150 bucks, as I did recently with The Darksiders series. They also have free weekends to try games, during which the game is also available at a discounted price, other smaller midweek sales keep things interesting with always something worthwhile to check out.

Anyone who’s ever played a multiplayer game will know how important a good set of friends are for your team. Steam was one of the first in the market with features for friends to play together with ease. Making it a simple process to meet and invite friends, allowing them to join each other in groups and playing together, having in-game chat functionality as well for communication. All the Counter-Strike fans already know what I’m talking about.

This makes it a seamless experience to get in touch with friends and have a game without hassles or complicated setups, something other game clients are still struggling with.

OK,  most of us already know all this but there are a lot of very awesome things Steam has implemented that most of the casual audience might not be familiar with, but should definitely know about. Here’s a few you should definitely check out.

Buying and Selling items on the Market:-

How many of you have ever checked your Steam Inventory (Menu Bar > View > Inventory)? or have and wondered what do I even do with these things? Those items in your inventory could range from random trading cards, which most steam games give for just playing them, to other in-game items like skins and power-ups.

All these items can be sold on the Community Market where traders and collectors are waiting to grab them up. The process is pretty straight forward, after going through some security checks through Steam Guard (enabled via Steam > Settings > Account).

you’ll have the option to sell those items for a price, which is usually indicated on the page as a starting price.

So if you have an inventory full of things of no use to you, why not put them up for sale on the market and get some money into your STEAM WALLET for the next Steam Sale. (hint: start with the trading cards). If you want to cancel a listing, locate the item and click on the Remove button on the right side.

Once your item has sold you will receive an e-mail from Steam letting you know that the funds from your sale have been added to your Steam Wallet or refunded to your bank account if wanted.

Gifts and Sharing Between Friends:-

Speaking of trading, Steam allows users to trade and gifts each other items too. But did you know you could do that with games as well? Steam allows a user to gift a game to another user. But what if you don’t want to give away your games, but want others to enjoy them too? Steam has you covered there as well, called STEAM FAMILY LIBRARY SHARING, it allows a user to share their library with up to 5 other users on up to 10 other PCs.

This is where you’ll also authorize specific computers and users to share though Manage Family View. All it takes is for you to sign into and authorize the PC that the other friend will be using. This makes you able to share your Steam library with them when they sign into Steam on that PC, with their own account. And vice versa if you would like to use their library.

The friend’s shared library shows up below your list of games in your library on the Steam client. This is an awesome way of sharing a game with friends and family instead of buying multiple copies.

Unfortunately, the downside is that multiple users cannot play the game together or simultaneously, only one at a time. So multiplayer games are out of the question. But single player games can be enjoyed offline, so that’s where this option really comes in handy.

With everything being cloud based, you would think something named Steam (pun intended), would have something integrated. That’s where the cloud game saves come in, just like the consoles of the last few years allowed you to upload your saves to a server for storage, Steam allows the same functionality, so those worried about worried about losing those hard-earned hours of gaming won’t lose any progress in the case of problems.

Also, like the consoles, Steam has a controller and big screen friendly option called BIG PICTURE mode. activated from the top right on the client or even by pressing a connected Xbox controller’s center button like you would on a console to launch the dashboard.

This changes the entire interface of the client to more seem like the UI of a console, if you happen to have your PC connected to a TV, this makes navigation with a controller in a living room much easier and intuitive.

Steam in the recent years has really stepped up its game when it comes to customer security, giving users a layer between them and shady deals on the marketplace, where some people might use nefarious means to harm other user accounts by hacking or selling the wrong item etc. Steam has made a security check system though the Steam Mobile App called Steam Guard which helps manage your security codes to access features as well as marketplace transactions with a layer of encryption. Highly recommended that you use the Steam Guard feature, enabled via Steam > Settings > Account in the Steam Client, just follow the steps mentioned to activate.

But with the recent flood of sub-par, broken and unfinished games that have rushed the Steam Store, have left users with many complaints. Steam managed to remedy that with a Refund Policy, ie. if you haven’t played the game for more than 2 hours or 2 weeks (whichever comes first), and are not satisfied, they can ask for a refund by returning the game. With the recent disaster that was BATMAN ARKHAM KNIGHT on PC, Steam had no choice but really show users its support by refunding games which people are not happy with.

SO if you have bought a game and it wasn’t what you hoped it would be, or just doesn’t run on your old PC, give it in for refund and get your hard earned money back, which can either be refunded to your back or your digital Steam Wallet for use in the Steam Store. just make you haven’t played more than 2 hours of it. Follow these steps for a refund:-

Please click on the drop-down menu icon to select the Steam Wallet or the original payment method.

You should receive a confirmation email that your request was successfully submitted.

So this was just some interesting things we uncovered by wading through the ‘Steamy’ topic of the most popular game client that the average users might not be aware of, but there are many more features like Steam Workshop, Steam Greenlight or the fact that it also has streaming and broadcasting capabilities. But for now I hope this was a little bit enlightening and the next time you launch Steam

But for now, I hope this was a little bit enlightening, and the next time you launch Steam you don’t just press ‘Play’, go a little deeper and open the ‘Valve’ On that ‘Steam’ powered machine.

How to Pair Oculus Quest 2 to Phone 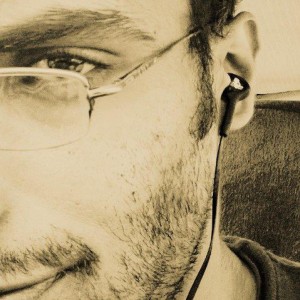 I'm a lifelong gamer, tech-head and an army brat who refuses to grow up, I'm also your friendly neighborhood music lover. My goal is to eventually become king of the nerds and rule with an iron fist.
Facebook Twitter Youtube
PrevPreviousPhoto Editor For Mac: Things You Should Look For!
NextFans Attend Midnight Launch To Start Nathan Drake’s Latest AdventureNext