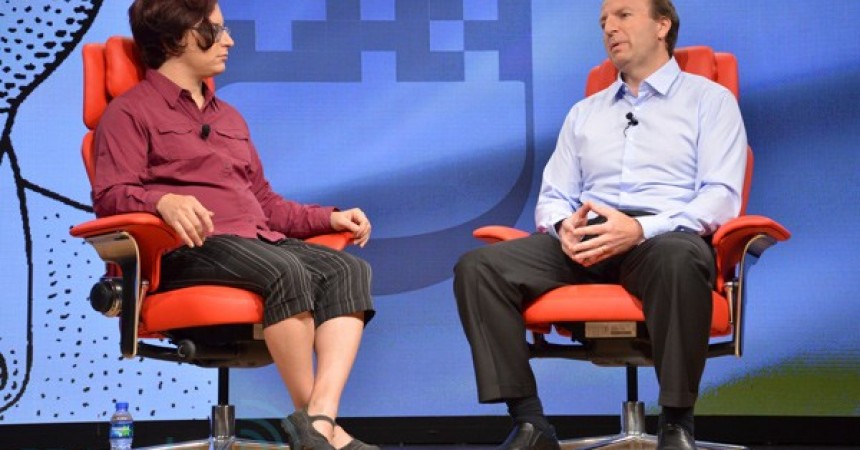 According to AllThingsD, Microsoft has decided to replace their Windows phone head.  Its looking that Terry Myerson is going to take over some of Lees responsibilities.  He will not take the title for now though.  In a memo reported by AllThingsD Ballmer announced that Lees would be taking on a new position in the company, were not so sure what this is yet.  Of course he will probably not fall down very far at all.  This whole story is not to suprising to me because people had been reporting that the Windows 7 Phones were not doing as good as they could have been doing. The division’s interim leader, Myerson, has been with Microsoft since 1997 and previously headed up the team in charge of Exchange. For now he will continue to report to Lees, who will remain the president of the Windows Phone group, even if that is in name only.  So even if Lees goes down hes certainly not going to end up as the companys jainitor.  AlsoAndy Lees himself spent a significant period of time as a corporate VP while heading up the Windows Phone division before assuming the title of president.

Read the memo below to here what could be going on.

To: All Microsoft Employees From: Steve Ballmer Subj: Leadership Next Steps – Windows Phone Sent: Monday, December 12, 2011
We are driving toward the end of the year with a lot of momentum and buzz, especially in the consumer arena. The new Xbox dashboard is being well received, Kinect and Xbox consoles set a record for Black Friday weekend sales, the Windows Store news from last week delighted developers and partners, Windows Phone 7.5 continues to win reviews, and the Nokia Lumia series has grabbed a ton of attention in Europe, creating anticipation for availability in other geographies next year.
As I look at where we are, what we’ve done, and what we must do in the year ahead, I’m making two leadership changes to ensure we build on our momentum. First, I have asked Andy Lees to move to a new role working for me on a time-critical opportunity focused on driving maximum impact in 2012 with Windows Phone and Windows 8. We have tremendous potential with Windows Phone and Windows 8, and this move sets us up to really deliver against that potential.
Second, as Andy takes on these new challenges for the company, Terry Myerson will assume Andy’s existing responsibilities for leading the Windows Phone Division. As many of you know, Terry played a key and highly successful role working with Andy by leading the engineering work on Windows Phone 7 and 7.5. Terry will now be responsible for Windows Phone development, marketing, and other business functions. Because Terry has been so integrally involved in our Windows Phone work already, I’m confident that he can make a seamless transition to this new and broader leadership responsibility.
Both these changes take place immediately.
I want to personally thank Andy for his contributions to the phone team. In the three years Andy has been leading the phone group, we’ve come a long way – we reset our strategy, built a strong team that delivered WP7 and WP7.5 and created critical new partnerships and ecosystem around Windows Phone. That is a ton of progress in a brief period of time, and I’m excited for Terry and team to keep driving forward and for Andy to dig into a new challenge.
It is amazing to pause and look back at what we’ve accomplished as a company this year, from our incredible product momentum to the formation of several powerful partnerships and the overall strength of our leadership team. And you know I’m a look-forward kind of person, so when I look forward to 2012, I see even more opportunity and potential in what we have planned.
Steve

I have been very interested in tech for a long time. I am a young tech geek and have been making youtube tech videos for a while. I love to make my videos and write articles for you. You can check out my youtube channel here: