Founded in Hong Kong as a
start-up, My Platform was launched as a brand-new medical management system by marrying IT
with the concept of smart medical care. The result is a one-stop resources
sharing platform with real-time access that connects the many stakeholders in
the traditional healthcare ecosystem. The enormous growth potential of My
Platform has attracted various investors, among them Black Spade Capital, whose
investment affirms the value of My Platform.

Since its establishment
in 2016, My Platform has been focusing on developing a simple and easy-to-use
interface. With user experience in mind, the system allows users to master the
clinic operating system in a short period of time. Be it a doctor, a medical
group, an insurance company, a patient or the human resources department in an
organization, users of My Platform can make use of the one-stop data management
service to run analysis of different workflow from outpatient consultation to
insurance claim. By constantly adding and customising system functionalities,
not only does My Platform enhance user safety and operational efficiency, but it
also saves time for performing
diagnosis by doctors
and healthcare practitioners. In response to the inconvenience and
negative impact brought by the epidemic, My Platform has since been strengthening its service offerings and developing remote
consultation services (“Telemedicine
Services”).

My
Platform is one of the participating service providers under the D-Biz
Programme launched by the Hong Kong SAR Government. It is committed to
promoting a paperless medical work environment by transferring medical records
and insurance information to cloud platform, thus allowing clinics to share
resources. My Platform places great emphasis on data security so that users
need not worry about any loss caused by computer malfunctioning. To shorten
the lengthy process for medical insurance claims, My Platform
enables doctors to directly connect with insurance companies such that both
parties can choose their partners freely. By allowing real-time review and
follow-up on claim status, the entire process becomes
more transparent and the time lag from lodging a claim application to getting
insurance compensation reduces significantly.

My
Platform boasts a mature operation system which is recognized and appreciated
by many doctors. In 2018, the well-known medical group Virtus Medical (managed
by Dr Manson Fok, son of the late Mr. Henry Fok Ying-Tung, a vice chairman of
the Chinese People’s Political Consultative Conference (CPPCC)) took the lead
to adopt the operation system of My Platform. At present, the system developed by My Platform is serving
hundreds of general clinics, specialist clinics and radiology & imaging
diagnostic centres in Hong Kong. It has also been adopted by reputable
practitioners at Central Building, Hing Wai Building, Entertainment Building
and the 15-storey Virtus Medical Tower (where the operation system of My Platform is adopted by practitioners in the entire building)
in the Central district, as well as H Zentre (newly opened last year) and Hong
Kong Pacific Center in Tsim Sha Tsui. In addition, the system of My Platform is
also adopted by iRAD, one of the largest radiology & imaging diagnostic groups
in Hong Kong, which further boosts the brand
recognition of My Platform
in
the sector.

To
date, the operation of My Platform has expanded to first-tier cities in the Mainland
China such as Beijing and Shenzhen. With the support of the business
development centre in Guangzhou, My Platform is capable of seizing business
opportunities in mainland cities and providing a quality management system to
local high-end clinics. Looking to the future, My Platform will strive to roll
out its service to different cities in China to make its service portfolio more
accessible to all stakeholders. 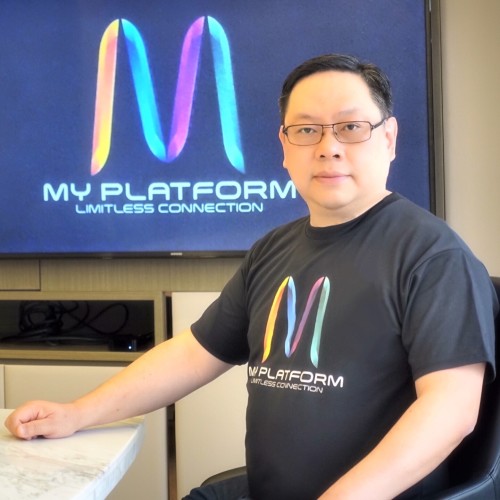 Articles published by guest staff who are not the part of team Digital Conqueror Media. This includes news, authored articles and other types of content.
Facebook Twitter Youtube
PrevPreviousSwiss Cordata Association sets up international blockchain laboratory to support the development of cross-chain ecosystems
NextAtradius: Asia Braces For Insolvency Storm Amid COVID-19 FalloutNext