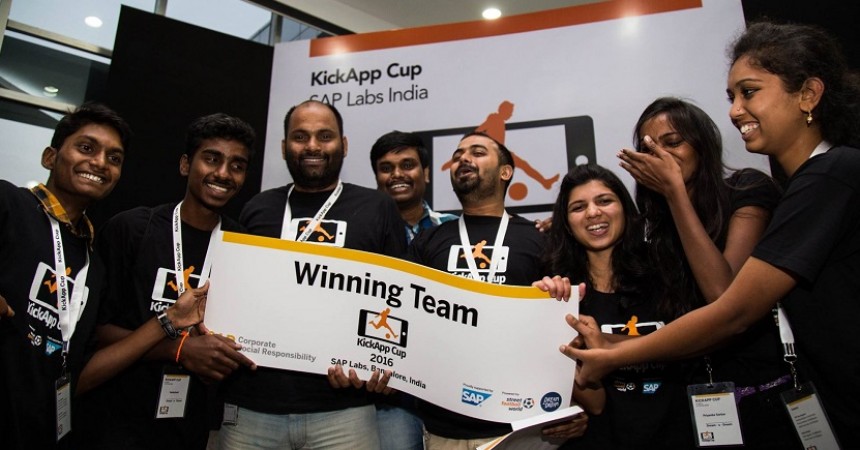 SAP Labs recently hosted a three day KickApp Cup event, partnering with Streetfootballworld. The event brought together software developers from SAP and young leaders from disadvantaged backgrounds to develop a mobile application to solve a problem, they are facing related to football. SAP has partnered with Streefootballworld (SFW) for the KickApp Cup and also with Dream a Dream for the Bangalore leg of the hackathon.

From a total of 132 applicants, 27 developers were selected for the qualifying round where they were split into six teams. Team Goal4Change created the winning prototype with their app, a mobile based solution for football facilitators that enable them to conduct the games in a more engaging way, record students’ progress and exchange ideas with other facilitators.

The features of the App include:

Ø  Automatic ranking of facilitators based on student attendance and progress

Team Goal4Change has now qualified for the KickApp Cup Final that is scheduled this summer in Lyon during the EURO 2016. The team will also visit SAP´s Head Office in Walldorf (Germany), where they will be joined by the winning teams from all other KickApp Cup events working together in a final app solution that will support football for good programs all over the world.